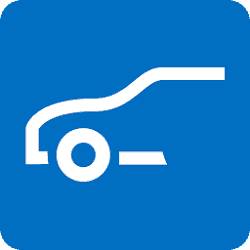 Lahore, June 20, 2016: Carmudi.pk, leading online vehicle marketplace and automobile classified portal, predicts a shift towards integration of more safety features in locally produced passenger cars. According to Carmudi Pakistan, this shift may be gradual but there will be more cars equipped with active safety features –as per international standards- in Pakistan in the coming years.

One of the major factors to facilitate this rise will be the growing number of imported cars, an online survey by Carmudi suggests. Newly approved auto-policy, lowered fuel prices, and low interest rates have contributed to a hike in the number of used imported cars. Reports suggest that the import of used cars in the first four months of this year was almost double as compared to the same period last year. Internationally assembled cars usually have more standard safety features as compared to locally produced cars, for more or less the same cost. This, in effect, will create stiff competition for Pakistani car assemblers, compelling them to improve locally produced models. Additionally, increase in public awareness regarding road safety measurements also indicates growth in purchase of safer cars in the future.As of now, seat belts on driver and passenger seats are a standard feature in every domestically produced car, whereas other features such as airbags, fog lamps, Anti-lock Braking System (ABS), and Electronic Stability Control (ESC) vary from one company and model to another. Market survey shows that Honda (Pakistan) has the most number of locally assembled cars that are equipped with the aforementioned features, other companies have select models integrated with more than one of these features. For example, Swift (Pak Suzuki) is the only model by the company to offer anti-lock braking system as a standard feature.Recently, Honda launched its tenth generation Civic X in Pakistan along with other countries. Both the debuted models, namely 1.8L Oriel and 1.5L Turbocharged, are reported to have been equipped with Auto Brake Hold (ABH), Vehicle Stability Assistance (VSA), and Hill Start Assistance (HSA) as standard active safety features. Other than these there is a range of optional features as well that will be available for extra cost.

Daraz breaks all records with PKR 3 Billion in Big Friday Sales Lahore: November 29, 2017 – In what is a first for ecommerce, Daraz ... Read More

Vivo has started the pre-booking for S1 (4GB RAM) variant in Pakistan. This phone brings Super AMOLED Display and In-Display Fingerprint Scanning at the most ... Read More

Infinix, the number 1 selling smartphone brand of Pakistan has announced the latest additionto its celebrated Hot Series, the Hot10 Play. Infinix has started the ... Read More