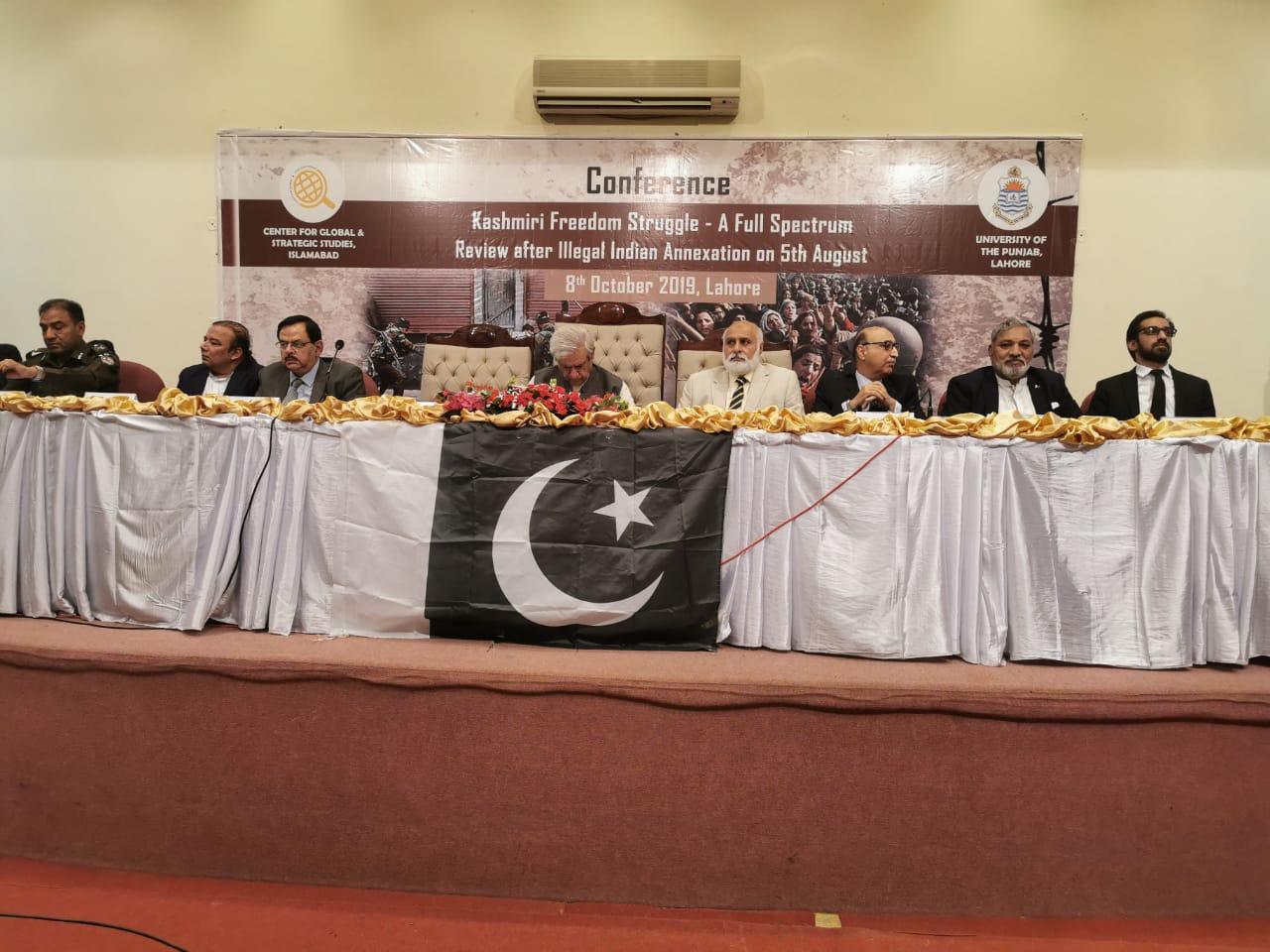 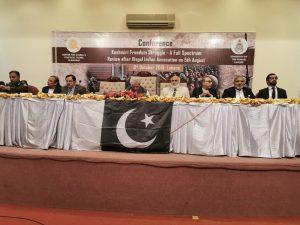 The Conference commenced with the welcome remarks and speech by Dr. Niaz Ahmad Akhtar – Vice Chancellor, University of the Punjab, Lahore, followed by speech by Major General Syed Khalid Amir Jaffery HI(M), (Retd) – President CGSS.  The dignitaries motivated the students and youth to struggle for the prosperity of Kashmir and its people. They highlighted the cases of innocent Kashmiris that have been jailed in their own homes after the curfew in the valley. The basic routes of partition of the subcontinent were also underlined. 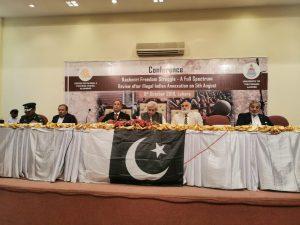 Syed Fakhar Imam – Member National Assembly, Chairman of the Special Committee on Kashmir talked about India’s Ruthless Grab of Power and its adverse economic impact on the people of Occupied Kashmir. He stated that Kashmir is most significant for Pakistan. We have to bring reforms in the sectors of education, law and economy to strengthen our system and state. He also motivated the students of the University of the Punjab that they have potential and vibrancy to compete the world. 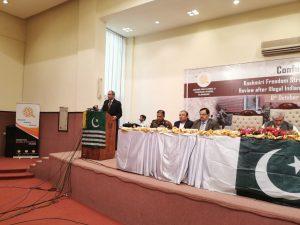 Speech by Lieutenant General Khalid Maqbool HI(M), (Retd) – Former Governor of Punjab focused on India’s conspiracy of revoking Kashmir’s special status and its hidden agenda with possibility of armed conflict with Pakistan. He stated that we are a peaceful country, however, all over the world people very negatively conceived the concept of Islam, and therefore, we have to counter this misconception. He highlighted the propaganda of RSS to make Pakistan a weaker country. He stated that the Kashmiri struggle got an impetus when its people started an armed struggle against the Indian forces after which the struggle has become more robust. Kashmir struggle movement is on its peak. Indian forces cannot suppress their courage. We Pakistanis are with Kashmir. We have faced the world’s resistance and we witnessed many Muslim countries went into chaos but Pakistan is still thriving with its values and is moving forward. 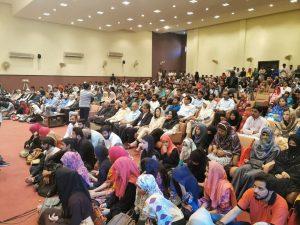 Mr. Aamir Ghauri – Editor, The News highlighted the Indian hostility in Kashmir and role international media. He appreciated the students of the Punjab University for their positive contribution and also threw light on the significant role that can be played by the students. He unveiled the Indian atrocities in Kashmir and the Indian Government’s fake promises of development. Modi is culprit and not all Indians support his agenda.

Barrister Saad Rasool – Advocate High Court presented speech on Kashmir Question and Human Rights Framework. He highlighted the failures of the previous Governments and suggested that the students should be included in the debate about the foreign policy of Pakistan. The Conference concluded by speech of Brigadier Akhtar Nawaz Janjua SI(M), (Retd) – Senior Member Advisory Board CGSS who discussed upon the role of Pakistani youth in highlighting the Kashmiri freedom movement. He stressed to focus on the core values of Islam.

Cheetay.pk Launches its Operations in Islamabad

Cheetay.pk is launching its operations in Islamabad and Rawalpindi, with a bucket of over 300 restaurants. A last mile logistics company, having been based in ... Read More