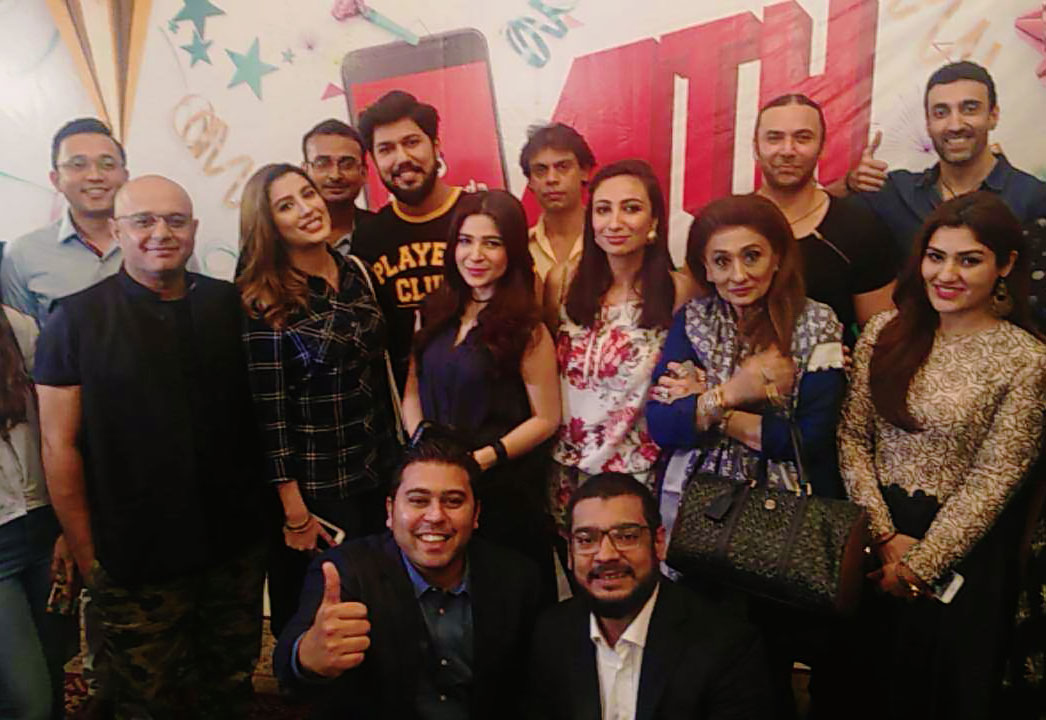 Karachi, Pakistan – October 20, 2016 – The grand event hosted by foodpanda  Pakistan on its 4th Anniversary was something that turned on even the faint-hearted. The celebration was graced by the top Customers of foodpanda, CEO’s of top hospitality brands in the country, food & lifestyle Bloggers and leading Celebrities from the industry – who by the way happen to be ardent users of foodpanda.What started in 2012 as a fusion of innovation and experience – was bound to tantalize the taste buds of the entire nation. And it didn’t disappoint! Such positive was the response that in a short period of four years, foodpanda catered to half a million hungry foodies and generated Rupees one billion additional revenue for the restaurant industry. Showing gratitude towards all the stakeholders who contributed in making 4 years of such an unprecedented service possible, Nauman S Mirza, MD & CEO of foodpanda Pakistan said, “Customers are at the heart of our business. We are extremely thankful to our partnering restaurants that work with us closely to provide an unmatched proposition for keeping more than half a million customers delighted.” Further highlighting the technical expertise of the company, Mr. Nauman said, “We have achieved 100% automation in order delivery to restaurants. Foodpanda’s proprietary technology enables us to get customer orders directly into the restaurant’s kitchen in less than 20 seconds!”The food delivery market in Pakistan is estimated to reach a 400 Million USD mark by 2020; thanks to healthy economic growth in the country, improved law and order situation, increased penetration of 3G and 4G services and increased investments, especially in the hospitality sector. Local restaurant heroes are expanding their footprint across the country and international chains are eyeing second tier cities for expansion.In such a thriving industry landscape, foodpanda is playing a vital role in connecting millions of foodies in Pakistan with their all-time favorite eateries like McDonald’s, KFC, Nando’s, Dunkin Donuts, Johny Rockets, Fat Burger, Sarpinos, OPTP and many more.Commemorating the journey with foodpanda, McDonald’s Director Marketing and Development, Mr Jamil Mughal said, “Partnering with foodpanda has brought success by increasing customer reach. Foodpanda’s platform has enabled us to reach more customers without any cannibalization. Together we hope to keep delivering exciting food with utmost convenience and bring more smiles on the faces of our valued customers every day!”Using foodpand’s cutting-edge, user-friendly mobile App, customers are able to discover all the restaurants delivering to their area and restaurants are able to attract a customer base that usually does not order using the existing ordering channels. More than a 100% spike in App downloads only in last 12 months is a true evidence of foodpanda’s popularity among the local foodies.

Taking pride in achieving one milestone after another, Mr. Nauman said, “The progress in the last 12 months is a testament to our commitment to grow and ace the 400 Million USD food delivery market in Pakistan. In 2016 alone, our customer base has increased by a staggering 100% and we are now at half a million happy customers. On the restaurant side, we have generated additional sales of PKR 1 Billion – and honestly we’re just warming up.”

foodpanda is a global mobile food delivery marketplace headquartered in Berlin, Germany, and operating in 24 countries and territories. The service allows users to select from local restaurants and place orders via its mobile application as well as the website. The company has partnered with over 40,000 restaurants. foodpanda is one of the fastest growing e-commerce businesses in Pakistan; recently the online giant achieved a truly extraordinary milestone in record time when it reached PKR 1 billion in revenue generation.