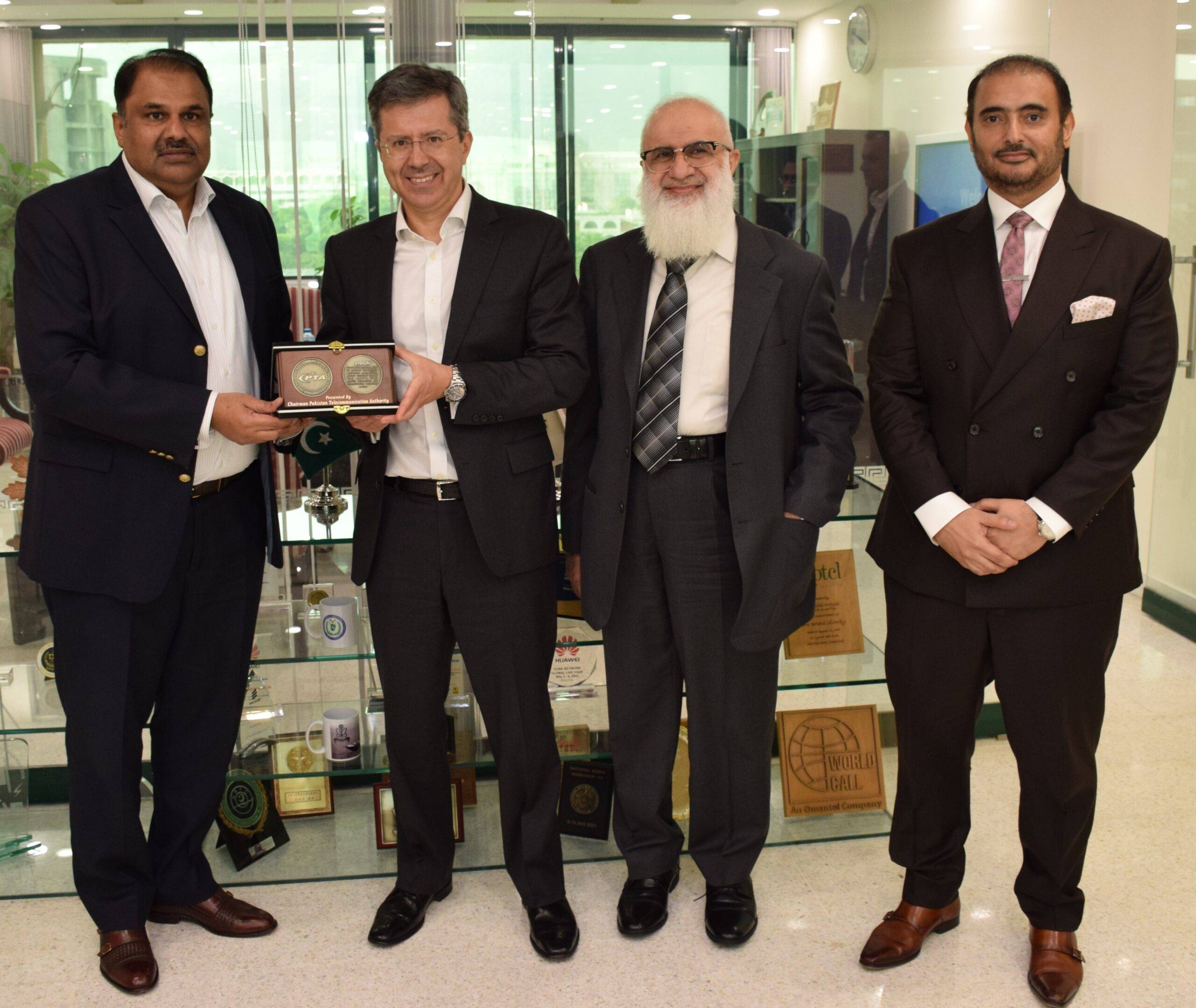 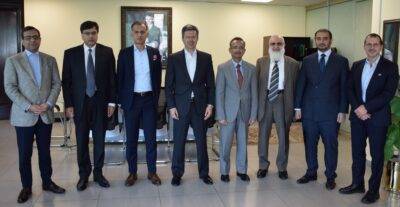 During the meeting, Mohsin Mushtaq welcomed the delegation from e&  International to
Pakistan. Matters of mutual interest were discussed with a focus, especially on Telecom Sector
and its significance on the national economic growth. The agenda of discussion also included
e & International and PTCL Group’s incredible support in developing a strong infrastructure in
Pakistan would surely transform the country into a digitalized economy. 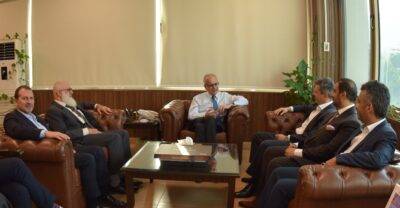 The management and government officials exchanged their views on the ongoing crisis in the
country of the recent floods and ways to extend joint support for the people during these
tough times. The discussion also included the issue of telecom companies in Pakistan requiring
the import of communication equipment for their network up-gradation and expansion as well as
to maintain the quality-of-service requirements mandated for the sector. In addition, both
sides talked about the resolution of prevailing regulatory issues in the telecom sector in
Pakistan. CEO International, e & Mikhail Gerchuk commended the tremendous efforts of the
Government of Pakistan including the Ministry of Information Technology and Telecommunication
and Ministry of Privatization.
President and Group CEO, PTCL & Ufone, Hatem Bamatraf briefed the government officials
and dignitaries regarding the Rs. 1.75 billion flood relief package.

During the times of social distancing, Pakistani telecom operator Ufone is ensuring that its customers remain connected to their loved ones from the comfort of ... Read More

Infinix: Capturing the Heart of the Nation With Multan Sultans

Following the heated rumours about Infinix’s latest upcoming product, the Infinix S3X,and its much awaited launch this year in August, new rumours have surfaced about ... Read More

The Next Big Thing: Zong’s ‘Cloud Clinik’ Revolutionizes Healthcare with ‘Cloud Based’ Solution