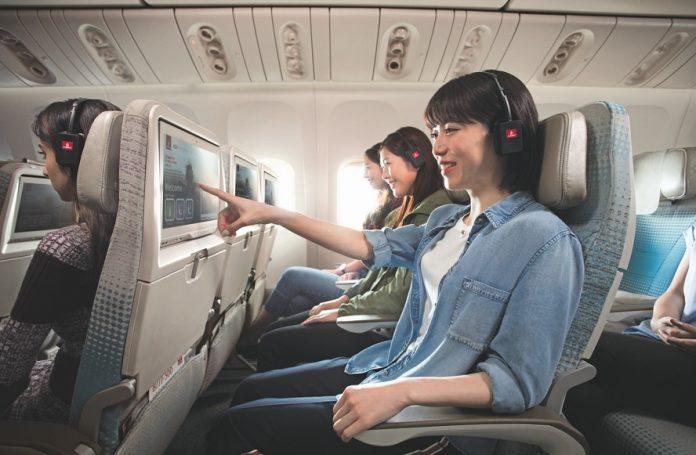 Film fans travelling on Emirates can now look forward to even more choice as ice, Emirates’ award-winning in flight entertainment system, reaches a new milestone by offering over 1,000 movies – more than any other airline. The films are in addition to TV box sets and music giving customers over 3,500 channels of on demand entertainment. 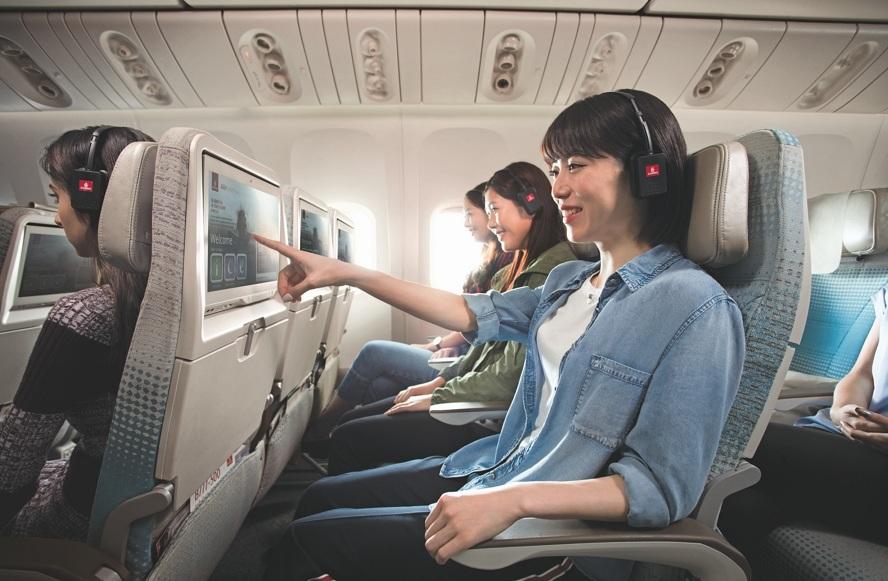 The expanded film catalogue offers over 2,000 hours of entertainment that would take 119 trips on the world’s longest A380 flight from Dubai to Auckland to get through. It is available on over 80 aircraft and includes more than 500 Hollywood hits and 600 world movies to cater to Emirates’ diverse and global customer base. Emirates buys content from every major movie market worldwide and offers films in 44 languages.

“Travelling on Emirates has always been centred on an unmatched customer experience.  We’re proud to offer the greatest entertainment choice ever seen in the sky, with probably more choices than most people have at home!  We want to create a better-than-home experience when you fly Emirates, with the latest and best movies, great TV and a huge music selection,” said Patrick Brannelly, Emirates’ Divisional Vice President, Customer Experience (IFEC).

Each month over 100 movies are added to the system with selections ranging from all time classics like 1939’s The Wizard of Oz and Gone with the Wind to 2018 blockbusters Jurassic World: Fallen Kingdom and Ocean’s 8. ice also offers over 25 feature length documentaries – the most popular on board at the moment include Eric Clapton – Life in 12 bars and The Final Year about Barack Obama’s last year in office. Last month, the airline launched its own Food and Wine Channels on ice giving customers a behind-the-scenes look at how it creates its onboard menus and works with its global partners.

Emirates ensures its youngest customers are catered for with a large selection of children’s movies and TV channels. In addition to over 75 Disney, Marvel, and children’s movies there are also over 50 TV channels, including Cartoon Network, Nickelodeon,CBeebies& the Disney Channel.

Emirates has continually invested in upgrading its inflight entertainment systems and was the first airline in the world to offer in-seat TV screens in all classes in 1992. Today, Emirates offers the industry’s largest in-seat screens in all classes at up to 13.3 inches wide in Economy Class, 23 inches wide in Business Class and 32 inches in First Class. The viewing experience in First Class was recently enhanced with Bowers & Wilkins Active Noise Cancelling E1 headphones created exclusively for Emirates.

In addition to the widest selection of movies in the air, ice has over 325 TV channels packed with award-winning TV series including major new dramas Killing Eve, Succession and The Terror, through to hit comedies such as Atlanta and Big Bang Theory, a huge music collection, over 100 games, expert-led LinkedIn Learning courses and uTalk language courses offering lessons for beginners. Emirates and Dubai Future Foundation have also partnered to feature the Dubai Future Talks series on ice featuring insights from leading thinkers such as author Malcolm Gladwell, former Chief Scientist at NASA Dr Ellen Stofan and artist will.I.am.

Over 170 aircraft are equipped with live TV featuring sports events including the Champions League, NBA and most recently golf’s Ryder Cup, as well as news channels from CNN, BBC World, Al Arabiya and NHK. Wi-Fi is available on over 99% of the Emirates fleet and customers across all cabins can enjoy 20MB of free data.

It takes 83 hours and 42 minutes to watch all 50 Disney movies on ice – its takes a shorter time to fly Emirates from Dubai to all 6 Disney resorts in California, Orlando, Hong Kong, Paris, Tokyo and Shanghai

ice offers movies in 44 languages including over 200 movies from Bollywood and the Indian subcontinent, as well as 117 movies from the Middle East and over 40 from China

Lahore, 26th February 2021 --- OPPO today announced the launch of its Reno5 Pro in Pakistan. Together with flagship-level 5G-ready performance from the Dimensity...
Read more
Technology