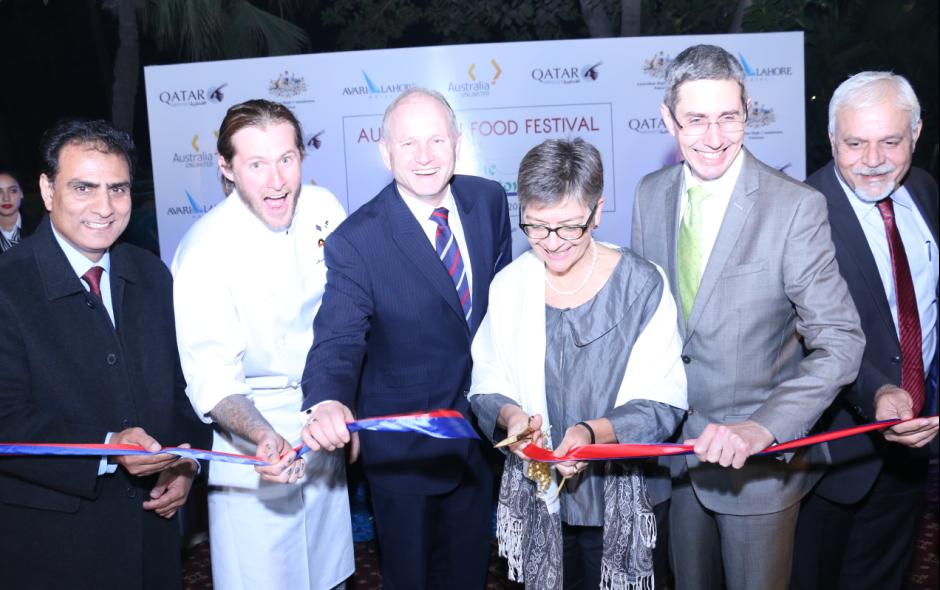 High Commissioner Adamson said that the Festival had been a huge success in Karachi earlier in the month and that she was looking forward to how the discerning food lovers of Lahore responded to Australian BBQ.“Australian cuisine is truly an intersection of cultural influences, drawing from indigenous, European and Asian flavors, including Pakistani, which showcases the abundance and diversity of Australia’s fresh green and clean produce,” Ms Adamson said.“I would like to thank the Avari Group of Hotels and Chef Hands who have teamed up to bring us this very exciting festival. I note that Australia and Pakistan are working to expand bilateral trade and investment, particularly in food production and agribusiness, and I hope that this festival marks the start of an ongoing culinary exchange between our countries,” Ms Adamson added.Avari Lahore General Manager Grant Raubenheimer said: “As an Australian it gives me great pleasure and pride in bringing a little of the Aussie cuisine to Lahore.  As a nation, we love the outdoors and will take any excuse to “fire up the Barbie” and so our Australian Food Festival is a perfect marriage for the week in our very popular Pakistani BBQ area – The Tollington.  Chef Jesse Hands, from my home town of Perth together with our very own Chef Aftab and his team will be serving up Australia on a plate – Enjoy!!”

Pakistan International Airlines (PIA) and McDonald’s Pakistan inked a Memorandum of Understanding to put together a special offer for the passengers of the national carrier, at a ... Read More

PIA has initiated refurbishing and change of interior of its entire fleet. PIA's first Boeing 777 aircraft that has been refurbished at PIA engineering base ... Read More