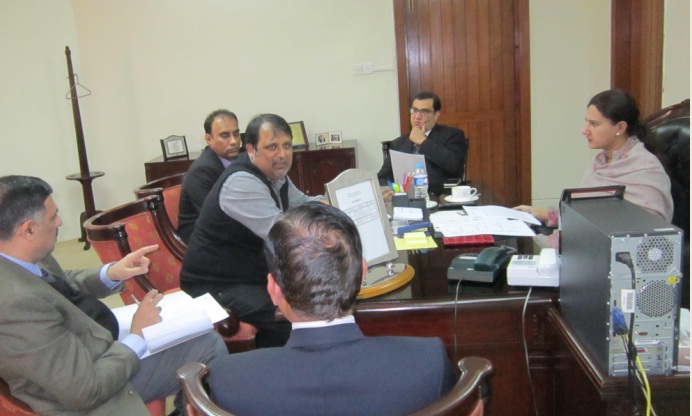 She expressed her satisfaction over the momentum gained in disbursement of loans to the potential entrepreneurs under the scheme. It was informed in the meeting that the National Bank of Pakistan has so far disbursed Rs. 17.1Billion among 17,045 borrowers across the country.  The recovery rate of the loans is 93%, which is a remarkable achievement in the context of banking sector average in this regard,, not only in the local market but internationally as well.Ms Leila Khan appreciated the efforts of National Bank of Pakistan in streamlining the loan application processing and disbursement process through a proactive approach under Active Sales Model.  She hoped that NBP will further capitalize on its achievements made, especially in December 2016 when the bank distributed 6669 loans worth Rs. 6.3 Billion among the potential entrepreneurs.  It is also heartening to note that the entrepreneurship culture is being promoted in the country as per the vision of honorable Prime Minister, Muhammad Nawaz Sharif.

Camon CX, the new Camera Phone from TECNO Mobile, all set for the launch

Here is the new news about Bol TV. Bol TV Lottery Program Banned by PEMRA. Detail is given below.
Read more
Reviews