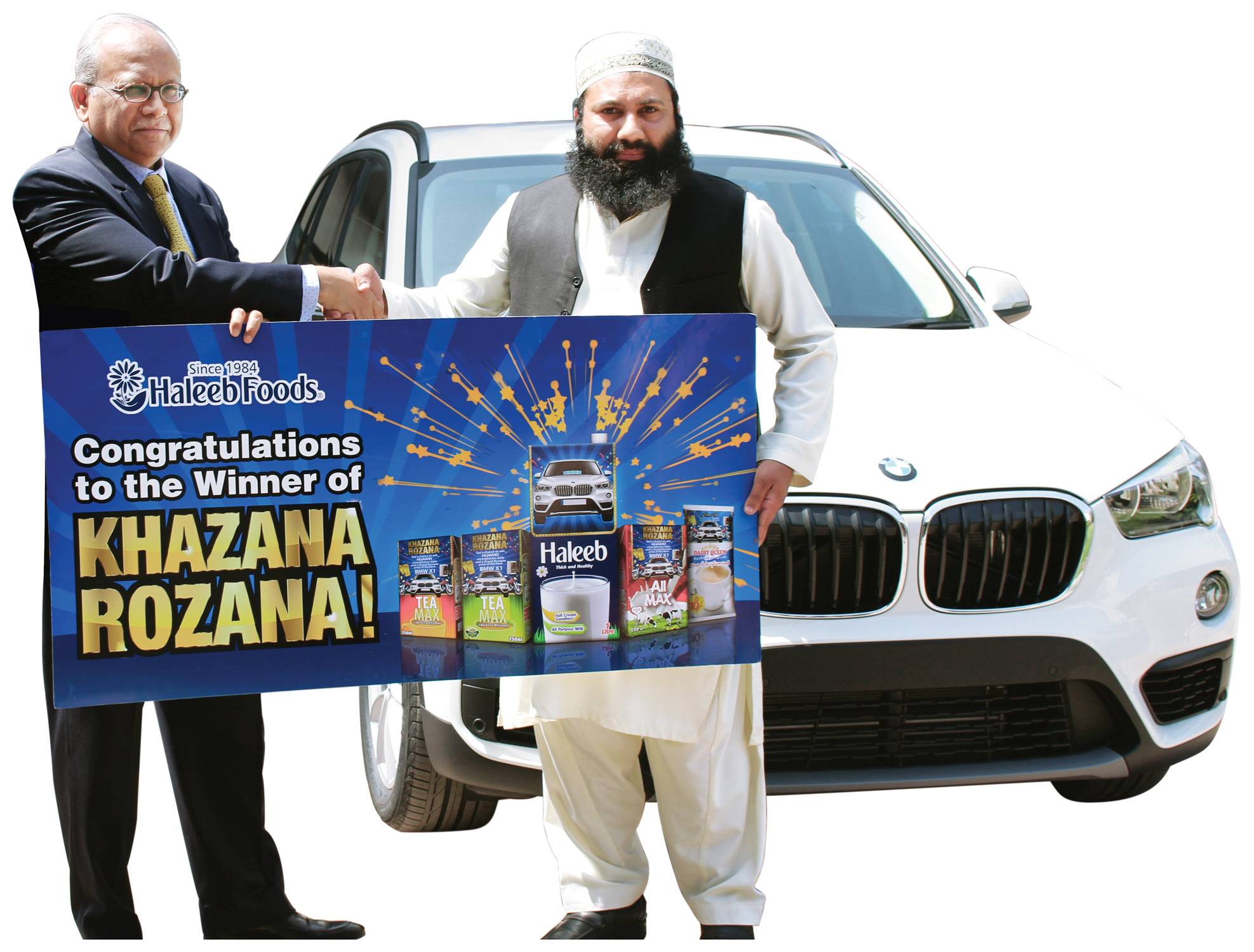 CEO Haleeb congratulated the winner and said: “Khazana Rozana campaign was an effort from our end to acknowledge the constant support of our consumers and we are happy that we gave away many prizes to the lucky winners. This campaign gave us an opportunity to interact with our valued customers.” The overjoyed winner expressed his thoughts and said, “I don’t have words to express my feelings, but surely this is the most exciting moment of my life. My motorcycle broke down a few weeks ago and I was worried about the conveyance. Though, it wasn’t in my wildest of dreams that I will get a brand new BMW. I was already a fan of Haleeb milk and used to recommend it to others but now I am thankful to the company for such a great gift. I will be a lifelong consumer of Haleeb and I pray for its success always.”

Hundreds of thousands of people participated in the campaign by sending the QR code written on the packs of Haleeb Milk, Dairy Queen, All Max and Tea Max. Smartphones, bikes and gold were among the various prizes distributed during the campaign.

TECNO Inspires many with its Born to Stand Out Campaign

TECNO Inspires many with its Born to Stand Out Campaign With smartphone companies consistently bringing new devices, brands are always striving to engage their young ... Read More

NEWER POSTPakistan is our identity – we owe our best for its prosperity: All efforts should be to ensure provision of basic right even to poor – Saeed Ahmad
OLDER POSTZong 4G offers remarkable discounts on Postpaid Packages