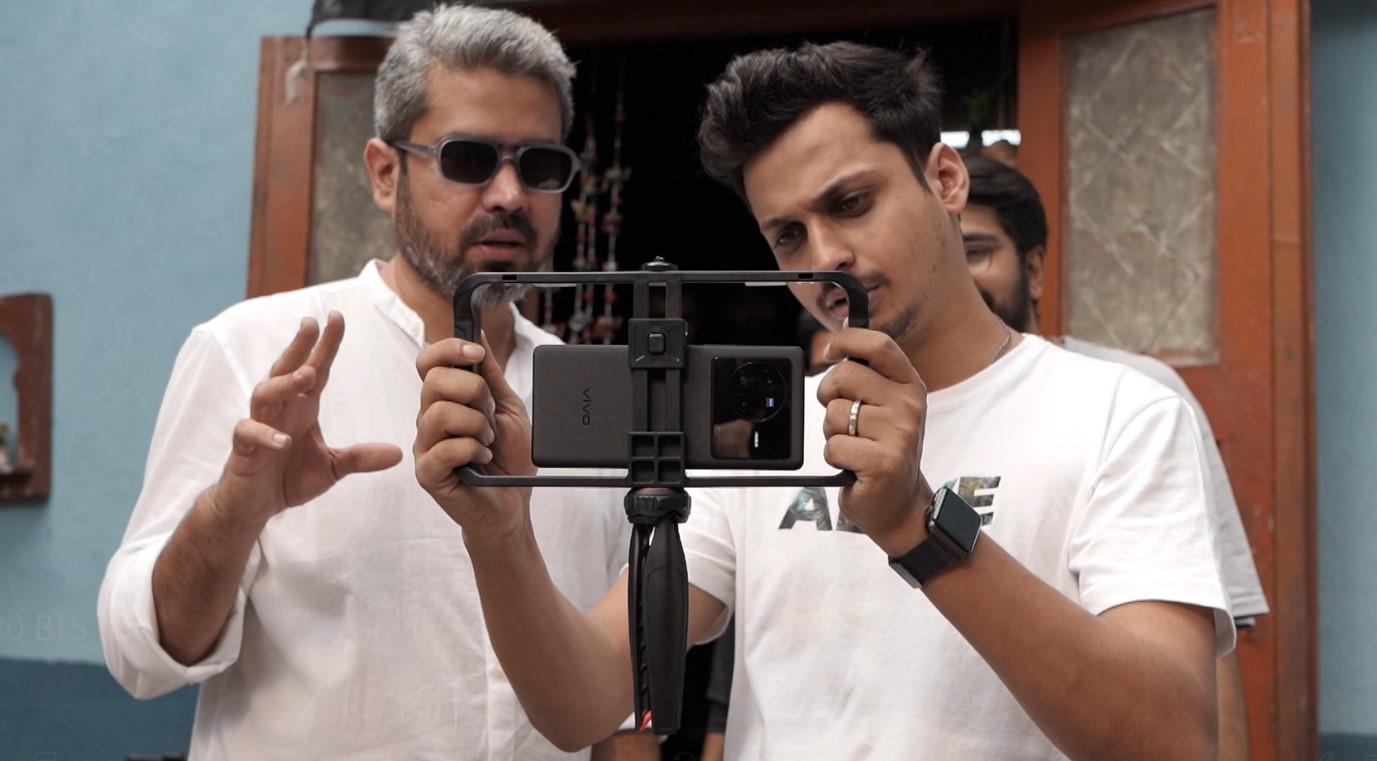 At the launch of vivo X80, I was surprised to see how flawless and powerful hardware has been inculcated in the smartphone, designed to create magic! Its tremendous features got me excited to shoot ‘Imtehan’ entirely on the X80. It has been a wonderful experience for me, the smartphone has definitely redefined the world of photography and videography to capture stories in a unique way’

As a leading technology brand, vivo has strived to offer ground-breaking technology in smartphones that allow consumers to unleash their creative potential. The brand has been collaborating with the finest videographers, photographers, technology influencers, and other creative professionals to truly recognize the local spirit and channel it to promote a positive message throughout the region through local projects. Hamza Lari, one of the most renowned Directors in Pakistan, recently teamed up with vivo under “Stories.Redefined.” to creatively display the futuristic concept the all-new X80 has to offer.

Together with vivo, he created an astonishing short film named ‘Imtehan,’ shot entirely on the X80. A beautifully shot film with unique creative angles making the best use of various shooting techniques like pan, dolly, tilt, and zoom, it depicts life in an ordinary setting and beautifully highlights the journey of students during the exam time.

The story highlights various aspects of the most crucial moment for students to evaluate their abilities. Hamza Lari has subtly yet brilliantly infused the notion of hard work to achieve personal happiness and success in the film as a way to motivate audiences — to do good and help them find a direction to channelize the best of their abilities for a bright future.

The unconventional and sensational plot created on X80 resonateswith every young mind of the country, hence, receiving widespread acclaim from critics and audiences post with its recent release. Penned by Ahsan Rahim and directed by Hamza Lari, the film is shot entirely on X80, thus building considerable hype on social media platforms like YouTube, Facebook, Instagram amongst film enthusiasts and visual art connoisseurs.

Director Hamza Lari says, “We used a smartphone camera to capture certain challenging shots that would have otherwise proven pretty tough or almost impossible to shoot with the usual cameras especially at home and in the classroom setting.”

Lari chose the recently launched vivo X80 with outstanding photography and videography capabilities to shoot his artistic masterpiece, ‘Imtehan’.Furthering the film-making tactics, Lari encouraged young filmmakers to experiment with filmmaking techniques using capable smartphone cameras like the ones on the X80 that offer more flexibility and help users discover innovative ideas and novel ways of shooting. He was also overly impressed by X80’s 50MP ultra-sensing main camera with a new ultra-sensing IMX866 RGBW sensor that delivered images in greater detail and improves the camera performance in dark and low-light scenarios.

The professionally crafted smartphone also brings a new ZEISS Cinematic Video Bokeh feature that creates oval flares in film-standard 2.39:1 aspect ratio, creating a widescreen cinematic lens effect that can capture highly aesthetic and expressive videos. These fantastic features enabled him to change the frame range and get a POV shot of a processor walking down the college corridor, shots of students leaving for the exam centre, and many other challenging scenes. “It was extremely convenient to capture narrow spaces, dark scenarios through vivo X80”, said Hamza Lari.

While sharing the experience of the shooting phase of the film, director Lari stated, “I have captured the film withvivo X80 and my experience has been exceedingly magnificent. Generally, we do not get enough scope to shoot fiction or short films with smartphones, but the vivo X80 has left me mesmerising.” The director considers that X80 has brought outstanding night scene effects in conjunction with the ZEISS Superb Night Camera.

The smartphone captured night scenes using PureNight View, while retaining the original look and feel of the scene with the powerful AI Deglare RAW and RAWHDR algorithms developed in-house.Lari adds, “Working with vivo, I discovered that anyone with a desire to express themselves or tell a story already has the equipment needed in their hand. I would like to urge emerging filmmakers to put their smartphones to use and experiment with distinctive styles when shooting films. It will help them gain new perspectives, which will eventually foster future filmmaking progress and bring novel ideas of storytelling to light.”

The company has opened pre-orders for this new colour edition with a musical treat in the form of a Nova Song sung by the brand ... Read More

Hi-tech Technology – TECNO’s New Smartphone Could Come with A Blink and Snap Technology Our generation has experienced all type of technological advancements that is ... Read More