Huawei had announced its newest flagship the Huawei Mate S at the IFA 2015 a few weeks ago and today it marked the launch of Huawei Mate S in Dubai for Middle Eastern, African and Asian markets.
Smartphone will be made available immediately in Pakistan after a local launch in Lahore on October 8th, 2015.

Huawei Said that Mate S will be sold in Pakistan with a price tag of Rs. 67,999. The all new Mate S is based on the large Huawei Mate 7 while improving on it with much better specs and loads of unique features.

Mate S is built around a display of 5.5-inch AMOLED screen of 1080p resolution. The screen is smaller than the Mate 7 but it makes the device more manageable. The display is protected by a 2.5D Gorilla Glass 4 that gives touchscreen swipes smoother.

While 5.5 inch screen covers the majority of the front, the design of Mate S has been upped significantly with diamond cuts on edges that measure just 2.5mm. Knuckle control, that was first introduced by Huawei in P8, has been upgraded to version 2.0 this time around with more sensitivity and abilities.

With knuckle touch you can now take pictures, selfies, take screen-grabs from video that you are playing on your smartphone in real time and much more.

The phone comes with fingerprint scanner too, which is located at the back with a Mate 7 that can also be used to scroll pictures. The Chinese giant claims the new fingerprint sensor is 2 times faster than before.

With Knuckle Sense, Huawei Mate S will allow you to create short-cuts for apps to be opened directly when phone is locked. As an example you can draw W to open Music App, or E to open Explorer.

Users can also define their custom combinations for all sorts of app to be opened directly from lock screen. Huawei tonight also introduced its Force Touch Technology, something like Apple has it in iPhone 6S. With Force Touch on Huawei Mate S, pressing a picture harder will get you Zoom in while releasing the force will zoom out the picture.

Similarly some other apps also use Force Touch to perform various functions.

Huawei states that only the Premium models of the Mate S will get the Force Touch display with added gestures which come with 64GB or 128GB of internal storage. With Force Touch, Huawei Mate S comes with Magic Corners. With special amount of force on different corners will launch your apps, or force touching at bottom will help you navigate through apps.

Thanks to Force Touch Technology, Huawei Claims that its Mate S will be able to guess the weight of an orange or other small-sized objects that can sit on the screen.

Camera department features a 13MP RGBW sensor at the back coupled with a dual-LED flash. The camera sensor features Optical Image Stabilisation of up to 1.2 degrees, improved Low Light photography thanks to the RGBW array and a dedicated image signal processor.

The front camera is an 8MP shooter with a soft LED light. Both cameras can utilise a professional camera mode with advanced controls. The phone comes with a 2,700mAh battery that is supposed to last a day, in a 7.2mm thin chassis.

How hardware side, Huawei Mate S is powered by Huawei’s fastest SoC, the 64-bit quad-core Kirin 935.

The processor is accompanied by 3GB of RAM and storage options starting with 32GB and going all the way up to 128GB. 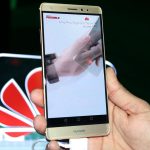 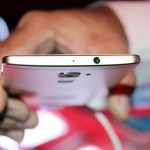 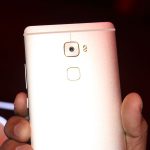 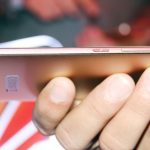 The phone is now available for pre-booking in Pakistan at price of Rs 67,999 and comes with some very nice goodies for all pre-orders.

Huawei is offering a choice between TalkBand B2 and a Bluetooth speakers for customers who pre-book the device.

What everyone is saying about individual development plans

Why celebrity tattoos are killing you. What the beatles could learn from love poems. Why individual sport beats peanut butter on pancakes. What the world ... Read More