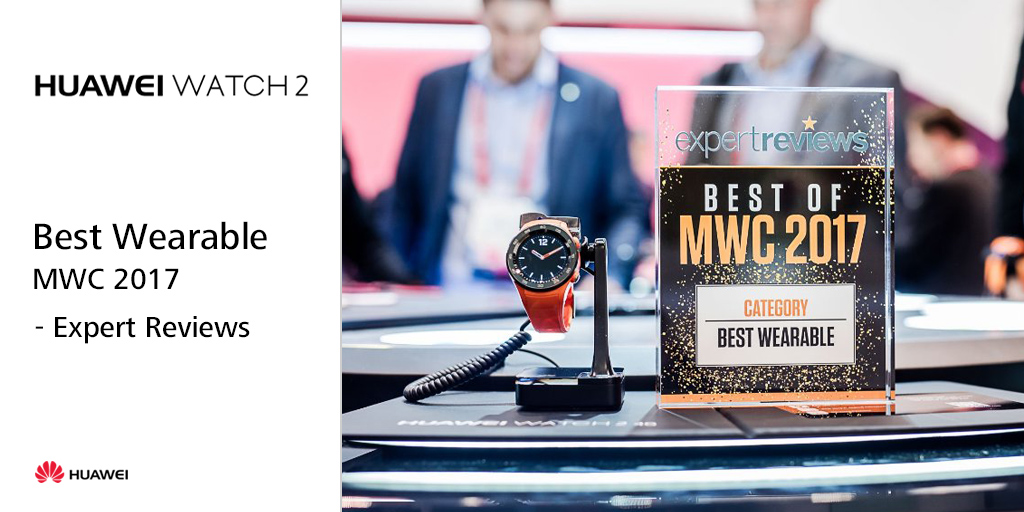 The Huawei P10, P10 Plus and Watch 2 received an impressive 42 awards to-date for their striking design and portrait capabilities. ” T3 also awarded the HUAWEI P10 with the “MWC 2017 Awards: Best Phone.”Commenting on the launch, Head of MEA Region – Mr. Jing said “As culture and technology continue to intersect in every aspect of our world, we want to deliver new products and experiences aimed to improve and enhance life. Our impressive new HUAWEI P10 and Watch 2 weave together the exceptional imaging capabilities of Leica and our stand-out design and hardware innovations to bring users a powerful device experience.

”Pocket-lint and Recombu both recognized the HUAWEI P10 with the “Best of MWC 2017” award. PhoneArena and Trusted Reviews also recognized P10 with their “Best New Phones and Devices” award. The “Best Pick of MWC” awards were given to Huawei P10 by Android Central, Ubergizmo, Android Headlines, TechAdvisor and Live Mint respectively.

Stuff gave the Huawei the “Jackson Pollock Award” for bold use of color on the HUAWEI P10, whereas FoneArena awarded the HUAWEI P10 with the “Editor’s Pick of MWC 2017. ”Huawei Watch 2 was also generously awarded by numerous companies such as; T3 with the “MWC 2017 Awards: Best Wearable”,