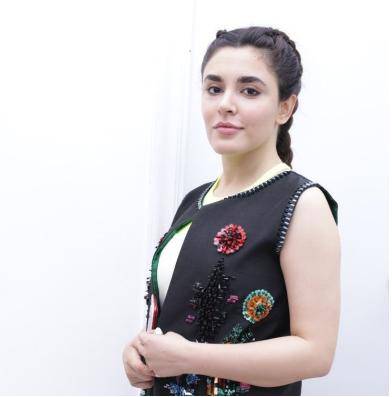 Hussain Rehar debuts his new collection with the launch of his design studio in Gulberg, Lahore.

Hussain Rehar debuts his new collection with the launch of his design studio in Gulberg, Lahore.

Hussain Rehar, with the launch, made a mark in the fashion fraternity with his two new collections. The launch was well attended by a large number of socialites, fashion bloggers, magazine editors and journalists where distinguished personalities like Anaum Hammad, Danesse Ali and Neha Manika looked stunning in Hussain Rehar’s designs. The launch exhibited two collections: The Vivid Delusion and Athleisure that unveil the unique design aesthetic of Hussain Rehar. Both the collections are magnificent with the distinctive handiwork staying true to Hussain Rehar’s signature style which is vibrant color blocks and chic cuts yet the two collections stand brilliantly apart. Vivid Delusion, instead of using the customary mellow floral, demonstrates scintillating elements from the wild side of the nature. The intricate 3D embellishments beautify the primitive concept of nature incorporated in the designs and the wild glaze burgeons them to life. The Athleisure collection is all about trendy silhouettes and a spectacular interplay of colors. It entails the sporty luxe wear which is vogue with its asymmetric layering, loosely tied belts and immaculate tailoring.

Speaking about his work, Hussain Rehar said, “Instead of doing the much done and dusted tamed florals, I wanted to play with the wild botanical elements with the interaction of bold colors and modish designs with striking graphics. I wanted to create something for the confident, empowered women who have an adventurous sense of style and like to experiment with eccentric aesthetics. With this in mind, I have tried to come up with a collection which will definitely make them stand apart from the crowd.”  When asked about the launch, he said, “I am very pleased by the response of the people. At first I wasn’t sure how people would react as it is different from the conventional designs mostly worn these days but looking at the outcome, I feel it has been very well received.” The CEO R. Salahuddin shared his view saying, “We have observed that there is a desire for a new kind of evening wear- modern, sleek and cool and we wanted to create something that would fulfill that demand.” Post Views: 69
TAGS #LahoreHussain Rehar debuts his new collection with the launch of his design studio in GulbergUnbelievable home decor
Share This

In a personalized New Year’s message to employees across Pakistan, Jazz’s CEO, Aamir Ibrahim, has congratulated everyone for a strong showing during 2018. Reflecting on ... Read More