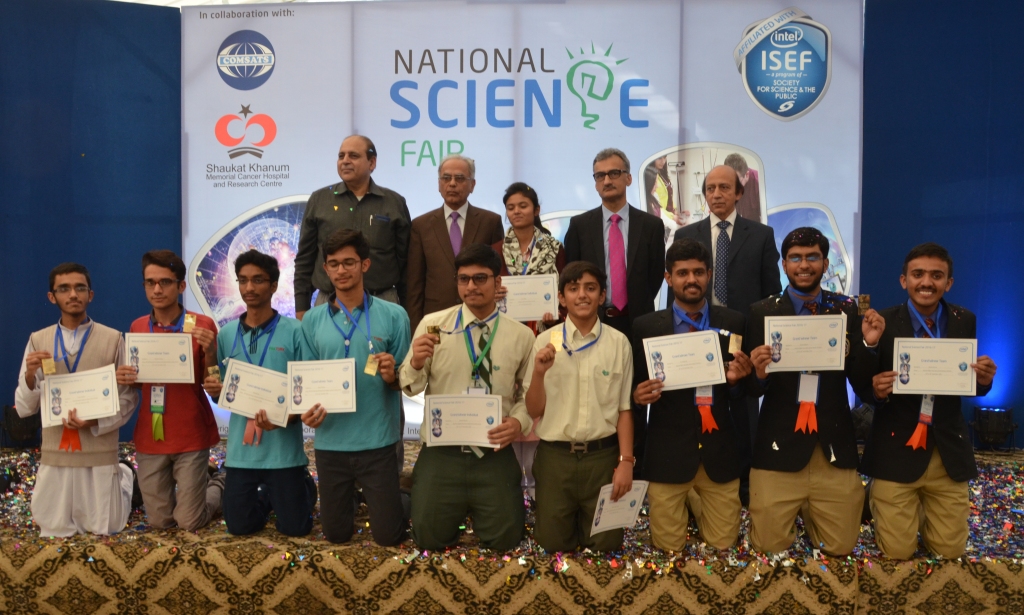 Grand Winners – Self Sponsored Projects: Haseeb Ahmad from Aga Khan Higher Secondary School, Karimabad, Karachi, Shahzaib Ejaz from Pak Turk International Schools and Colleges Lahore, Arqam Ali Khan from Islamabad Model College for Boys, Liaquat Ali, Ahmad Hassan, Naeem Hassan from Daanish Higher Secondary School, Chishtian.The National Science Fair showcased more than 96 science projects submitted by 196 young scientists from all four provinces after rigorous competition at district and provincial levels. Winners of the National Science Fair have qualified to compete in the International Science & Engineering Fair, showcasing their talent on an international platform for over $5 million in prizes and scholarships.The number of students who have qualified for the National Science Fair and the ones who’ve further secured a position to compete at the International Science & Engineering Fair in Los Angeles, California are proof that Pakistan has incredible talent. One of the core outcomes of education is to produce productive citizens and role models for tomorrow, which we can only achieve by enabling students in becoming acquainted with and excelling in technology.

About Intel ISEF
The Intel International Science and Engineering Fair, sponsored by Intel since 1997 is the world’s largest international pre-college science competition, providing an annual forum for more than 1,800 high school students from about 70 countries, regions, and territories to showcase their independent research as they compete for over US $5 million annually. Student finalists, in grades 9 through 12, emerge from a field of approximately one million students who compete in more than 500 regional Intel ISEF-affiliated science fairs around the world.  Intel’s sponsorship of the ISEF is part of the Intel® Education Initiative, which is focused on collaborating with educators and governments around the world to improve the quality of science and mathematics education and to help students develop the higher order thinking skills they need to participate and succeed in a knowledge-based economy.