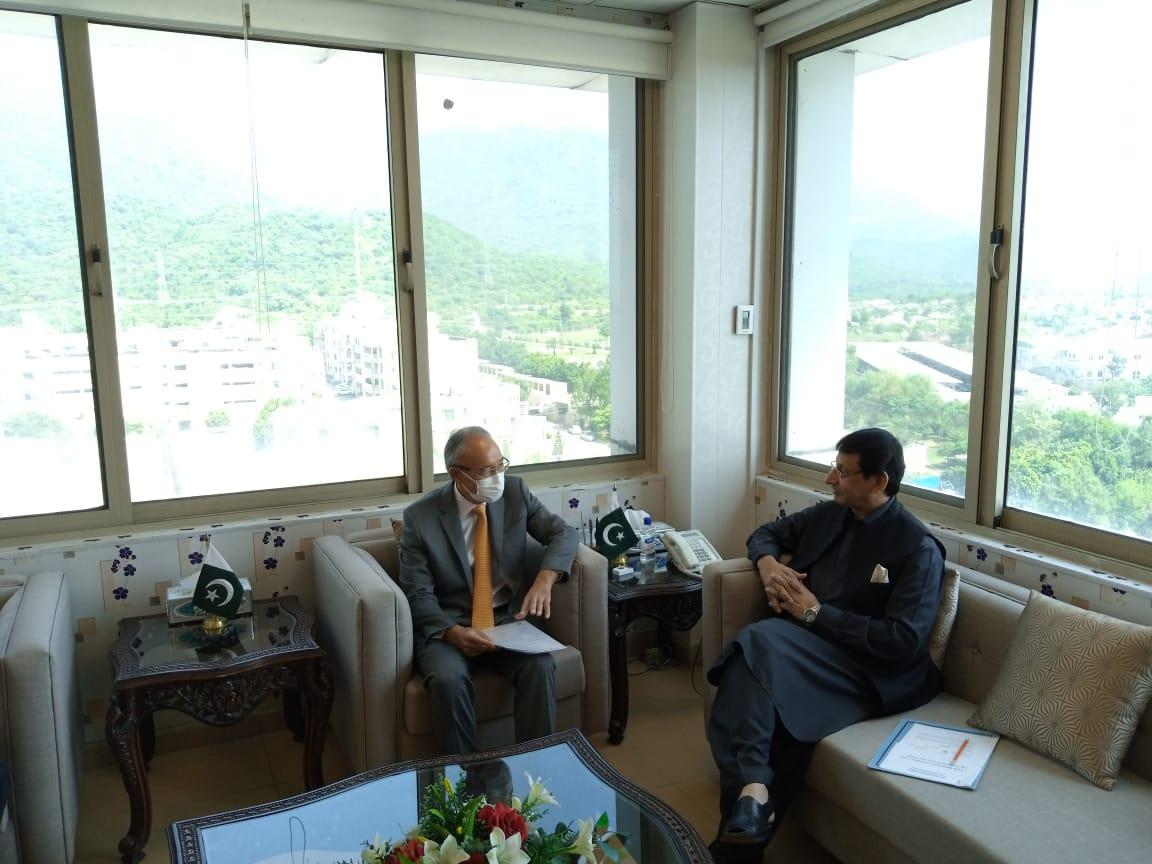 ISLAMABAD (10-9-2020): Japan Ambassador to Pakistan Kuninori Matsuda called on Federal Minister for IT and Telecommunication Syed Amin Ul Haque in his office on Thursday.

Federal Minister for IT welcomed the Ambassador of Japan in his office and matters of mutual interests and IT and Telecommunication sector were discussed during the meeting.

Both sides agreed to increase cooperation in the field of IT and Telecommunication.

Talking about the provision of broadband services across the country, the Federal Minister for IT said that the Ministry of IT through its attached department Universal Service Fund (USF) was seriously working to bridge the digital divide between urban and rural areas of the country. He said that more than 20000 IT graduates are produced in Pakistan annually, adding that the exchange of IT professionals between Pakistan and Japan will be very positive.

Speaking on the occasion, the Ambassador of Japan said the growth of the IT sector of Pakistan is laudable. He also expressed grief over the loss of lives and damages due to recent rains and floods in Pakistan especially in Karachi, adding that Japan is ready to collaborate with Pakistan for the rehabilitation of Karachi.

Senior officers of the Ministry of IT and Telecommunication was also present on the occasion.