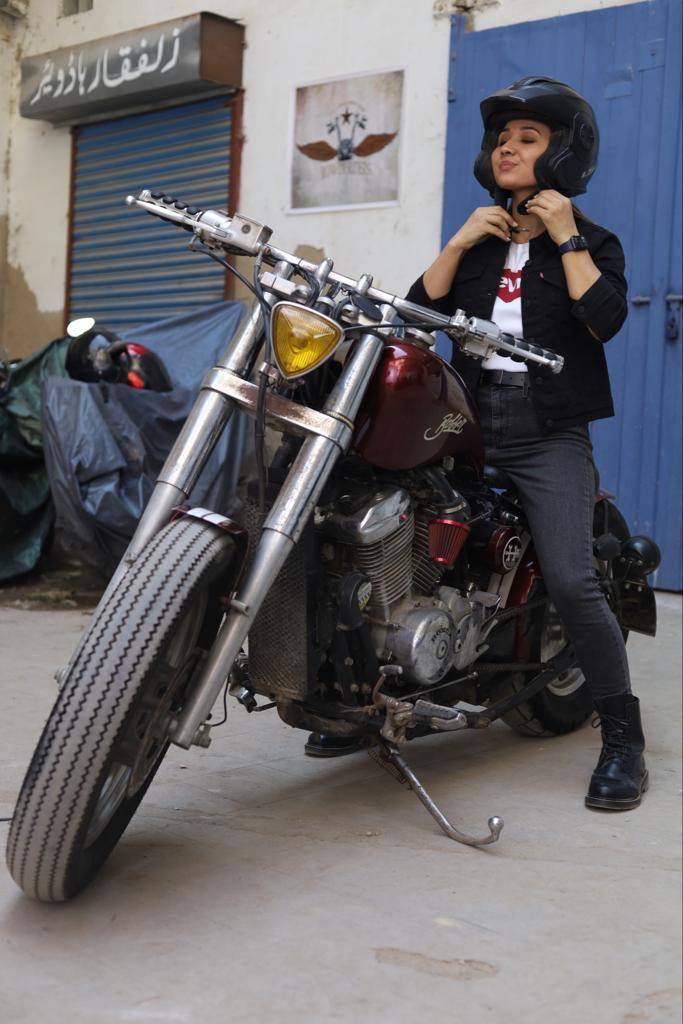 Levi celebrates the women changemakers with the initiation of  #IShapeMyWorld

This International Women’s Day, Levi ® celebrates the power of women and their determination to inspire change, with the initiation of the #IShapeMyWorld campaign in Pakistan. An initiative that features stories to spark conversation and inspire millions and more along the way.

Through the platform of #IShapeMyWorld, a moment around the world has started that seeks to inspire and enable women, to embrace who they are and not let the world around them define it. It features stories of risk-taking, game-changing, rule-breaking women who come from different backgrounds and communities, connected by the fact that they are challenging what society expects from them, and shaping the world on their own terms.

In the first edition of this campaign in Pakistan,  Levi’s® aims to enable conversation with the community at large, while celebrating and encouraging women to follow the path which they deem right for themselves. The campaign features stories of two changemakers who dreamt and achieved their goals without letting others decide their fate. The resilience and strong personalities of these two individuals, made them reach their goals without compromising on their self-esteem.

Coming into a new city and building your roots is quite a challenge for everyone. Especially in a city like Karachi, you have to prove yourself every day to survive the fast-paced lifestyle. Marina Syed also had to go through a similar struggle. While doing her bachelor’s, Marina was working part-time till midnight to make ends meet. Commuting on your own at midnight isn’t easy for any girl and that’s when Marina decided to learn to ride a bike. What started out as a necessity, to have a safe commute after work, turned into a passion for building a platform for women to empower. Marina built a club that would help women facing a similar situation to hers and ensured that they have the resources to learn the skill of riding a bike. Marina not only shaped her own world according to her needs but also paved the path for hundreds of other women to be able to commute and have the freedom to live life on their own terms.

Acclaimed actress and model Faryal Mehmood had a passion for acting and wanted to make it big in the industry. Only to realize later, that she needs to look a certain way and shed weight to even be considered for a role. Being passionate about the craft, Faryal diligently set out to achieve that goal but ended up getting trolled for shedding weight. That’s when Faryal decided that her work and her life should be defined by her, not by the standards that society expects from her. Faryal stopped paying heed to opinions and comments that came her way and focused solely on her work. Her story is a great example of resilience in her fight towards challenging the status quo, in the effort to make a better world for women around her.

“The #IShapeMyWorld campaign is driven by supporting women to embrace who they are and not letting the world around them define it. Our hope is to introduce these women to the audience through a new lens and inspire a new generation of women with their compelling stories crafting a narrative that celebrates ‘her’ choices that ultimately shape her world, in the spirit of authenticity, originality, and courage that is inherent to the Levi’s® brand.” Mir Zia Mahmood, General Manager, Pakistan and East Europe Non-EU Countries.

About the Levi ® brand

Levi Strauss & Co. (LS&Co.) is one of the world’s largest brand-name apparel companies and a global leader in jeanswear. The company designs and markets jeans, casual wear, and related accessories for men, women, and children under the Levi’s®, Signature by Levi Strauss & Co.™, Denizen®, Dockers® , and Beyond Yoga® brands. Its products are sold in more than 110 countries worldwide through a combination of chain retailers, department stores, online sites, and a global footprint of approximately 3,100 retail stores and shop-in-shops. Levi Strauss & Co.’s reported 2021 net revenues were $5.8 billion For more information, go to http://levistrauss.com, and for financial news and announcements go to http://investors.levistrauss.com.