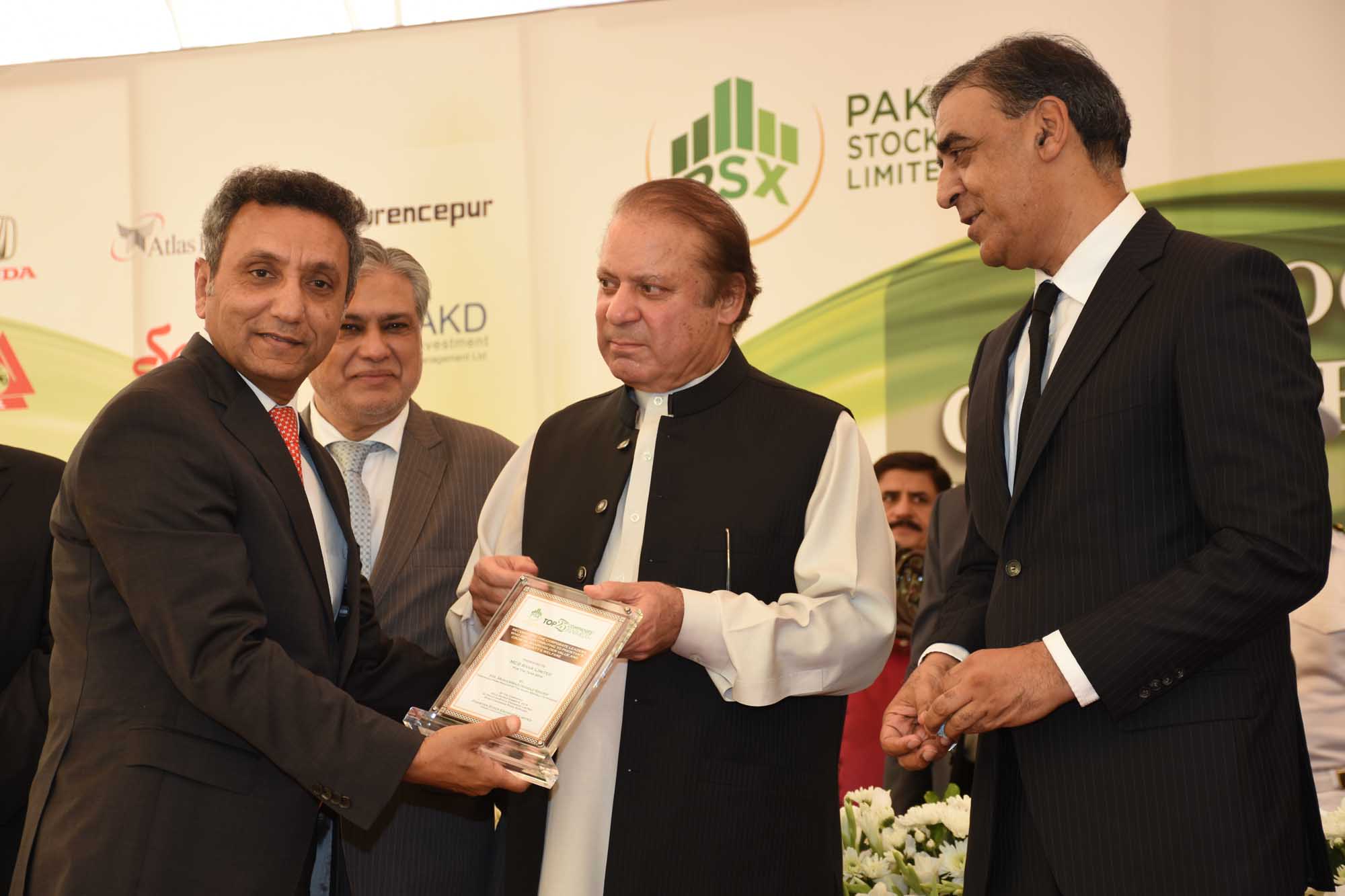 The Award was presented to President MCB Bank Limited, Mr. Imran Maqbool by the honourable Prime Minister of Pakistan, Mian Muhammad Nawaz Sharif, in recognition of the bank’sfinancial strength, share performance, corporate governance and investor relations.The PSX Top Companies Awards recognize and honour the performance of leaders of Pakistan’s corporate sector who contribute towards the growth of Pakistan’s economy, shareholder’s value and societal welfare. Besides the assessment of financial performance, a core criterion of evaluation, companies were also evaluated on the basis of dividend payout and free float of shareholding.Speaking about the Award, President MCB Bank Limited. Mr. Imran Maqbool said “For MCB Bank this is our second recognition in a row this year, and follows in the steps of being declared Pakistan’s Best Bank by the prestigious financial publication, Euromoney. These Awardsspeak volumes of MCB Bank’s financial prowess and the ability to consistently exceed stakeholder expectations through our patent consumer centric approach. We look forward toworking even more closelywith our valued customers, employees and stakeholdersto reach new heights of success in the banking sector.”

Pakistani cellular company Ufone has announced that the third edition of the Ufone Balochistan Football Cup will commence today (March 07) from Noshki The tournament ... Read More

TECNO finally uncovers the name of its upcoming model – Camon 15

A global premier smartphone brand, TECNO has finally unfolded the name of its much-awaited flagship phone, Camon 15. The upcoming phone is the continuity of ... Read More