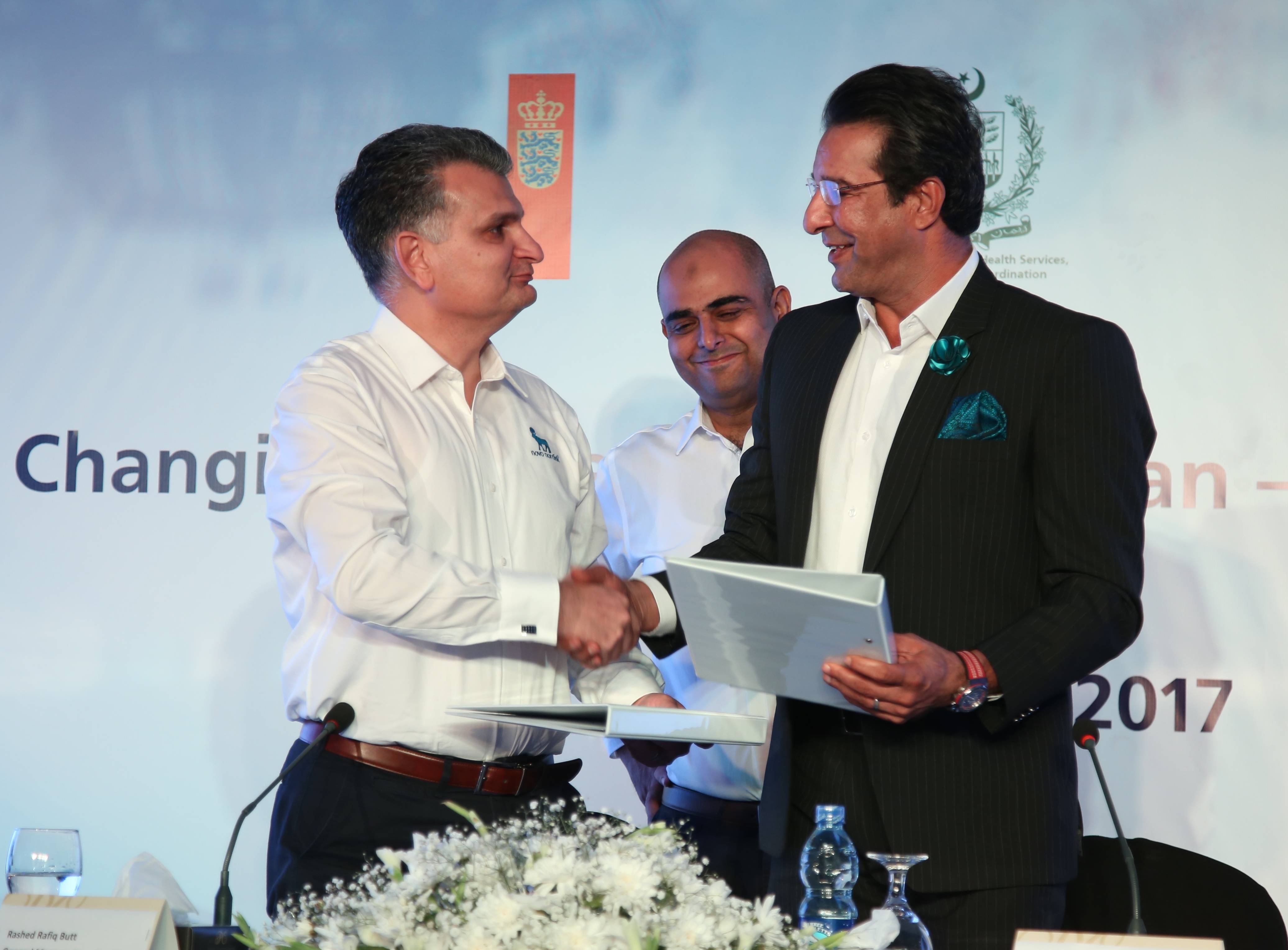 Novo Nordisk on the front line for Changing Diabetes

Novo Nordisk on the front line for Changing Diabetes®

[Karachi, 9th October 2017] The key to control diabetes pandemic in Pakistan is awareness. If proper awareness drives are not conducted throughout Pakistan to educate people about diabetes, by 2040, Pakistan may have the eight highest population of diabetic patients. Such high prevalence calls for continued efforts to improve public awareness regarding the disease. Therefore, in line with its commitment to improve the quality of life for people with diabetes, Novo Nordisk Pakistan has signed Wasim Akram as Brand Ambassador for Changing Diabetes® in the country. The launch of the campaign was marked at the signing ceremony held at a Press Conference in Karachi.

”We are very much hopeful that this campaign will go a long way to control the increasing prevalence of diabetes in the country by creating awareness among masses”, said Rashed Rafique Butt, General Manager Novo Nordisk Pakistan. He reiterated the need of awareness on the importance of a healthier lifestyle to curb the high prevalence of diabetes in Pakistan and shared his optimism. The Danish Ambassador to Pakistan, H.E Rolf Holmboe and Dr Abbas Raza, Consultant Endocrinologist / Diabetologist were also present at the occasion.

While signing the contract, Wasim Akram expressed his gratitude to Novo Nordisk Pakistan for the initiative by taking a lead to promote the importance of a healthier lifestyle which is critical for diabetes management.

“The public must however also plays their part by knowing the risk factors, leading healthy lifestyles and encouraging others to do so as well. As diabetes couldn’t defeat me, it cannot stop anyone from achieving their goals. Together, we can promote healthy communities and protect the future generations of Pakistan,” said Akram.

Wasim was diagnosed with type 1 diabetes at the age of 31, but his condition didn’t stop him from becoming one of the most successful fast bowlers in cricketing history. His success, despite diabetes, makes him a major inspiration for people with diabetes and therefore, a perfect fit for the Novo Nordisk Pakistan’s patient outreach efforts. For the past many years, Novo Nordisk has been actively involved to increase diabetes awareness in the country, with stronger efforts each year. Changing Diabetes® is Novo Nordisk’s response to the global diabetes challenge. Under the newly launch campaign of Changing Diabetes® with Wasim Akram, Novo Nordisk Pakistan will run public service message to create disease awareness along with multiple public awareness programs.

Only together, can we fight the rise of diabetes.

The Gorgeous vivo V23e — Tech Gurus’ Opinion These days, smartphones pack the latest and greatest of hardware. There are very few areas left for ... Read More