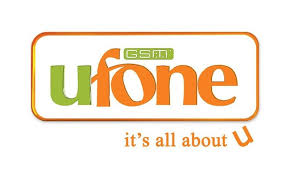 June 3, 2016 Ufone deeply regrets the recent posting of inappropriate and irresponsible tweets using our official Twitter account by someone who illegally used our account. We categorically state that the said tweets do not in any manner represent our position or opinion. We are a responsible, law abiding and apolitical organization that is committed to serve its customers at all times.Though the errant tweets were removed from our Twitter account, some copies and screen shots of the earlier posts are being spread on Internet; for which we really feel very sorry but it is beyond our control to remove these copies. The company has launched a full fledge investigation into how this incident occurred and will take strict action against those held responsible.

redmi note 7, 48MP Camera for Everyone is on its way

48MP Camera for Everyone is on its way One of the most iconic and anticipated product in the history of the smartphone market is just ... Read More

In these difficult times of the pandemic, Adamjee Life has done a wonderful service to the people of Pakistan with it’s campaign #SpreadTheCare

In these difficult times of the pandemic, Adamjee Life has done a wonderful service to the people of Pakistan with it’s campaign #SpreadTheCare. With everyone ... Read More