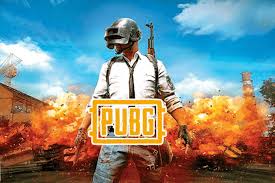 A1 esports from Bangladesh and ASL Team from Nepal rise to the ultimate challenge
PUBG MOBILE’s most eagerly-awaited tournament of the year, the PUBG MOBILE Global Championship (PMGC) 2020 Finals came to a power-packed end on 26th January, 2021. Reflecting PUBG MOBILE’s commitment towards nurturing and building a platform for talent and skill in the esports ecosystem, the tournament has witnessed incredible tenacity, prowess and technique as teams from world over battled it out for glory.
With over 24 teams competing from across the world, including Americas, Europe, South Asia, Southeast Asia, Middle East and China, only the top 16 teams were eligible for competing in Finals and earning that worthy title. With several remarkable performances on showcase, the grand finale was held in Dubai, from 21st to 26th January 2021.
As the first Bangladeshi team in history to reach the grand finale of the PMGC tournament, A1 esports team consistently defeated reigning champions, the BTR Esports Team four times over, and displayed immense competitiveness in facing the world’s best PUBG MOBILE teams in the Finals. Being carried by its star player SiNiSTER, A1 esports team win the chicken dinner with 12 kills in Round 28 on last day of the tournament. Not to be left behind, ASL also became the first Nepalese team in history to reach the grand finale of the PMGC and win the chicken dinner with 8 kills in Round 2 on the first day of the tournament.
Having paved the way for 2021 to be a significant year for the development of South Asian esports, PUBG MOBILE is here with fierce determination and a strong vision of becoming the leading esports brand in the region. Inspiring to create a thriving ecosystem, be it within the periphery or outside of the game, the idea is to curate wonderful esports experiences, replete with excitement, joy and new lifestyle adventures for fans and the community.
In 2021, PUBG MOBILE South Asia Esports team looks to set in stone a distinct Esports structure that defines a clear pathway to go from the grassroot level to an amateur to finally pro league. Star talent will be identified and nurtured from well-known regional tournaments such as PUBG MOBILE Campus Championship (PMCC) and PUBG MOBILE National Championship (PMNC), and then be prepped to qualify for pro-leagues such as PUBG MOBILE Cup Open (PMCO) and PUBG MOBILE Pro League (PMPL), and finally step on the world stage-PMGC.
With esports increasingly carving a niche for itself and becoming coveted across the globe, the impressive performance of South Asian Esports teams on the world stage is a testament to PUBG MOBILE’s constant efforts of putting passionate players and competitive teams on the map. With more and more talent surfacing across the spectrum, the PMGC tournament has been a huge leap forward for the esports ecosystem.
The most anticipated PUBG MOBILE tournament, PMGC 2020 boasted a massive prize pool of $ 2 million for the taking. Opening new doors and opportunities for gamers pursuing esports as a career and wanting to make a mark on the industry, PUBG MOBILE continues to provide authentic gaming experiences while writing a new script for the Esports industry.

SCO BRINGS ACADEMIA ON A PLATFORM

Another remarkable initiative by SCO, a productive online session was organized by HEC on SCO's request in which Vice-Chancellors of renowned universities participated. They discussed ... Read More