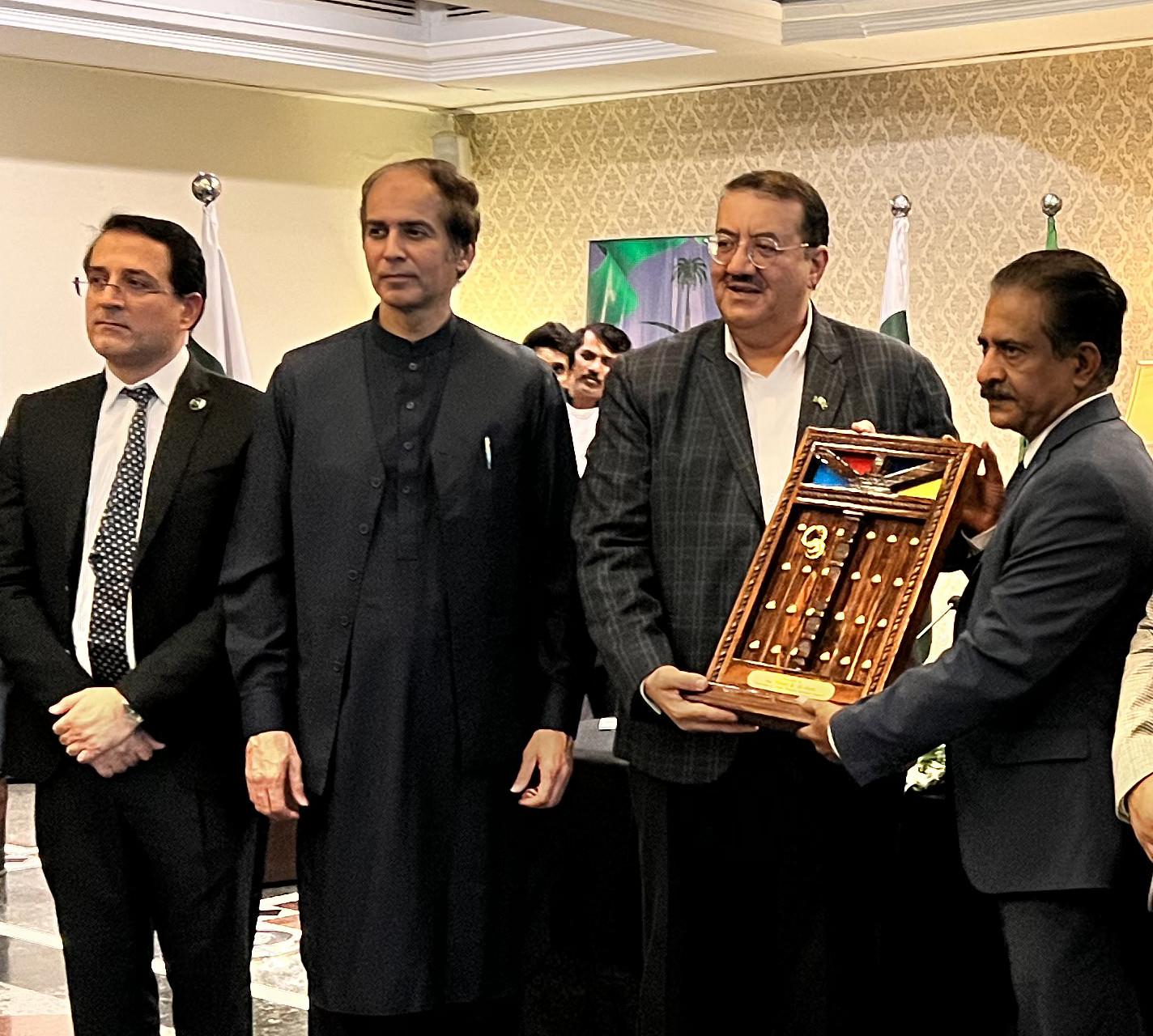 Lahore: Pakistan and Saudi Arabia have renewed their commitment to bolster economic ties in diverse fields including construction, agriculture, livestock and the social sector. This commitment to strengthen economic relations was reiterated in an exclusive meeting organized by the Punjab Board of Investment and Trade in honour of a high-profile Saudi Business Delegation visiting the Province of Punjab.

The Province of Punjab has always been a center of attraction for international investors, because of its geographical significance, fertile land, skilled workforce, and state-of-the-art infrastructure, which includes vast web of paved highways and bridges. The present government has always motivated and provided ease of business opportunities to domestic & international investors to participate in bulging the economic arch of Pakistan.

While addressing the session Dr. Ahmed JavedQazi, Secretary Industries Punjab stated, “The Government is dwelling to facilitate and create an atmosphere of ease for the business community. The social-economic indicators indicate that the canvas of the economic growth of Punjab is massive, and we would like to promote public-private partnerships, B2B and G2G linkages with the Kingdom of Saudi Arabia. All the current economic traits of healthy and easy business are feasible for any international investors”.

CEO, LCBDDA & RUDA, Imran Amin briefed the delegation on the most anticipated first-ever business district of Pakistan, Central Business District Punjab (CBD Punjab) and the most unique project of modern urbanization, Ravi City. He highlighted the potential business opportunities for international and domestic investors and stated, “The infrastructural development is a gateway to success, and we are fortunate enough that the current government has a core focus on infrastructure development of the Province of Punjab.  The Kingdom of Saudi Arabia has always been a close ally of Pakistan in terms of business collaborations and the Saudi business community has always welcomed investment opportunities in Punjab. Our authorities are striving to establish a well-equipped business district and a state-of-the-art new & modern city, meeting all international standards to accelerate the pace of economic development of Punjab. These projects have emerged as a game-changer for the development of the province, and I will request the international and especially the Saudi business community to come forward and unlock avenues for new horizons of Pak-Saudi bilateral business relations’’.

H.E. Mr. Fahad Al Bash, Chairman Saudi-Pak Business Council mentioned in his address that “Saudi and Pakistani business communities are not two separate entities, these are two brothers and this meet-up is a family reunion. Punjab is a land of opportunities with immense potential for growth. I am pleased to know that the people of Punjab are extraordinarily talented and skilled. There are two million Pakistanis working in various fields in Saudi Arabia and playing a pivotal role in Saudi economic development. It is clearly visible in the presentations that the province of Punjab is a room full of possibilities especially projects like the Central Business District and Ravi River Front can be materialized for government to people, government to government and people to people business collaborations for mutual growth of both countries”.

Saudi delegation has shown their keen interest in CBD Punjab & Ravi City, which has already embarked its name in the real estate sector and is developing as a reliable name in the International & domestic business community. Investment in the in areas like commercial, residential, health, tourism and sports are the main catch for economic growth and development of Punjab.

Lahore Central Business District Development Authority (LCBDDA), also known as Central Business District (CBD Punjab) is Pakistan’s first, most anticipated and official business district, which is a gateway for Pakistan to be enlisted in first world countries and will brush up country’s image on the global economic map. CBD Punjab is devoted to the national development of the country,which is evident in its being the center of attention and utmost interest for domestic and international investors.CBD Punjabhas been charged to develop eco-friendly initiatives, modern urbanization, and vertical city expansion up to international standards. The authority has recently conducted two open auctions of premium property by the names of ‘Lahore Prime’ and Pakistan’s first planned Downtown ‘Lahore Downtown’ in which the authority auctioned out a total 12 mixed-use premium commercial plots. CBD Punjab has the permission to reach 750 ft construction height for Lahore Prime and 400 ftin Lahore Downton. The authority plans to create the most unique working & living environment with high rise infrastructures related to commercial, residential, medical, IT & hospitalitytrades.

A new group of talented youth joined Pakistan’s No.1 Data Network Company, Zong 4G, under the umbrella of its Graduate Trainee Program -2018. Through its ... Read More