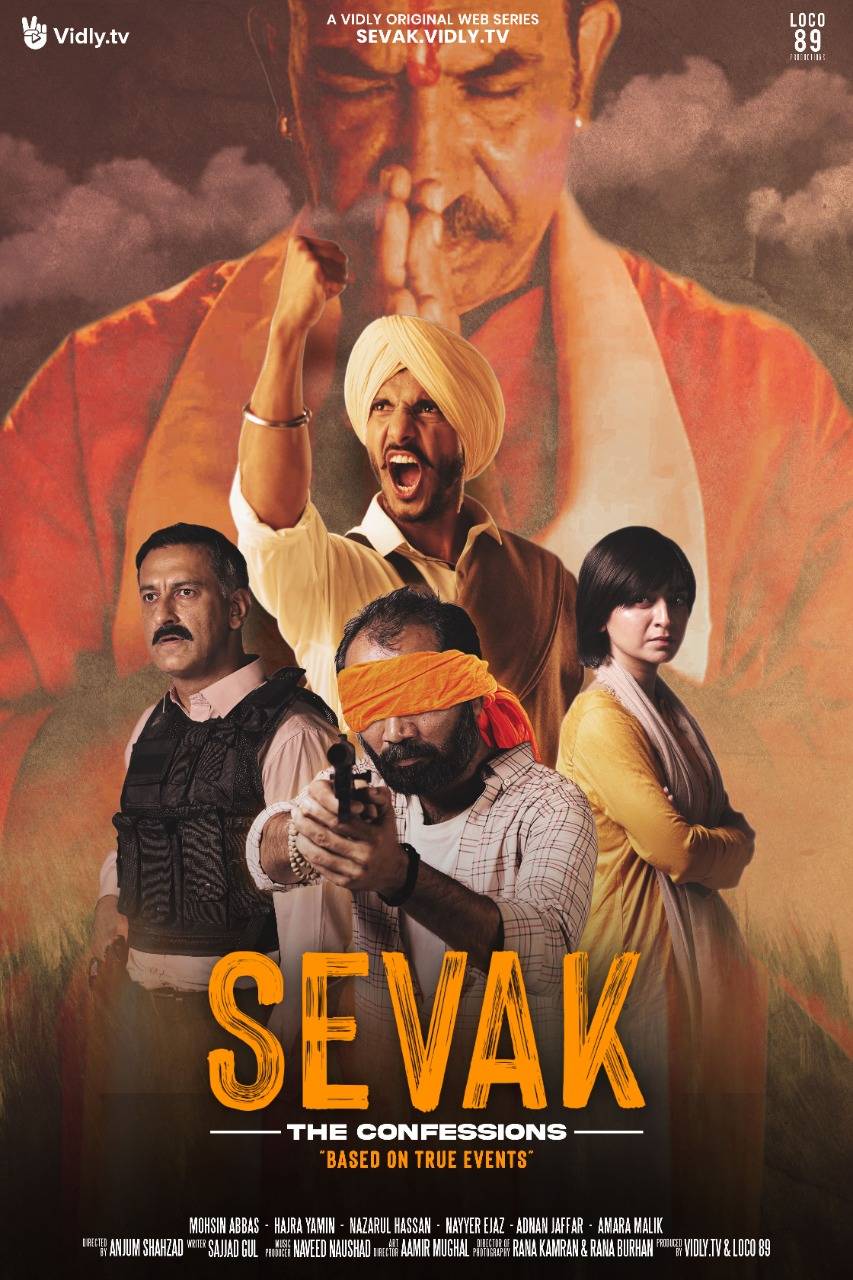 Sometimes the truth is more terrifying than the story itself. Vidly. tv has released the teaser for their original web series: Sevak, The Confessions, and it is mind-blowing. The series is a story of resilience and courage of the heroes fighting dark forces lurking in the shadows to seek the truth. Will the truth shock us?

In a keenly woven tale of intrigue, terror, and deceit, Sevak: The Confessions, intends to thrill us with action, mystery, and suspense in a historical time travel set within the backdrop of true events between 1984 and 2022.

This historical action thriller is based on the true story of an assassin. It follows the journey of Vidya, a journalist, in a quest to find out the truth behind the film star Jeet Singh’s death. She is aided by Mannu, a key informant.

Mannu leads Vidya on a path to reveal the dark secrets of Jeet’s death. Vidya unwillingly enters the labyrinth of Mannu’s tales encountering many ghosts of his past. The stories shared by Mannu unravel the horrors of hate crimes, atrocities, and genocide. As the truth is revealed both of them find themselves in danger for their lives.

Mannu is navigating life with a deep story in his heart and as they encounter Vijay Karkare, Preet Kaur, Arun, Vinayak, and Sadhu, the series thrills us with intrigue and mystery entwined in true events that blur the lines between fiction and truth making the series all the more gripping. The multiple dimensions of espionage open with each episode.

The series will entertain us with songs, cajole us with romance and thrill us with action. Every episode will grip us and leave us hungry for more.

Before the thriller even premieres, its success has been confirmed. The incredible talent has been perfectly chosen for their roles. All the characters of the series team up for a suspense thriller that will have us on the edge of our seats.

Audiences will be able to watch the series, streamed via Vidly.tv app (iOS, Android, Apple TV) and on the web at https://sevak.vidly.tv.