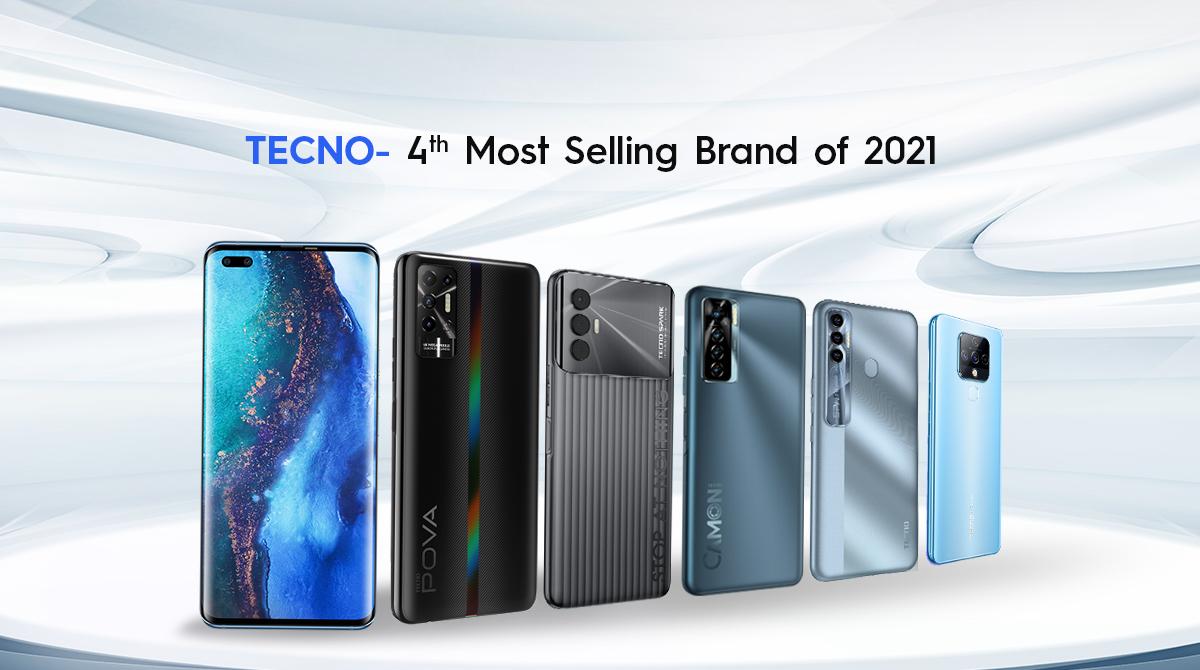 The leading smartphone brand, TECNO ranks fourthin 2021 in terms of units sold.Camon 18 became one of the most selling phones of the last quarter entitling TECNO to be the Fourth “Most Selling Smartphone Brand of 2021”.

TECNO has recently won the title of “Fastest Growing Brand of the Year Awards 2021” with the hot seller Camon 18 series.The series received such an amazing response from the consumer due to its stylish design,exceptional photography, and camera features.

By adhering to its core strategy of “think globally, act locally” (Glocal), TECNO has reached millions of users worldwide, expanding the business to more than 70 countries and regions.

Kelvin Zeng, CEO of TECNO Mobile Pakistan expressed his joy on this occasion,

“We are overjoyed with the back-to-backsuccess of TECNO phones. We sold thousands of units of Camon 18 phones in a very short time,outdoing many expectations. We are overwhelmed by the appreciation and love we have received from our Pakistani consumers. We are now working on our Camon 19 series which will be launched very soon in Pakistan.”

The most awaitedCamon 19 series has already bagged the prestigious“MUSE Design” Award for its outstanding design. The seriesis expected to soon be launch in Pakistan.

As an established brand, vivo  has always focused on offering the mostexceptionalexperience to its users in Pakistan. It has made a name for itself on ... Read More