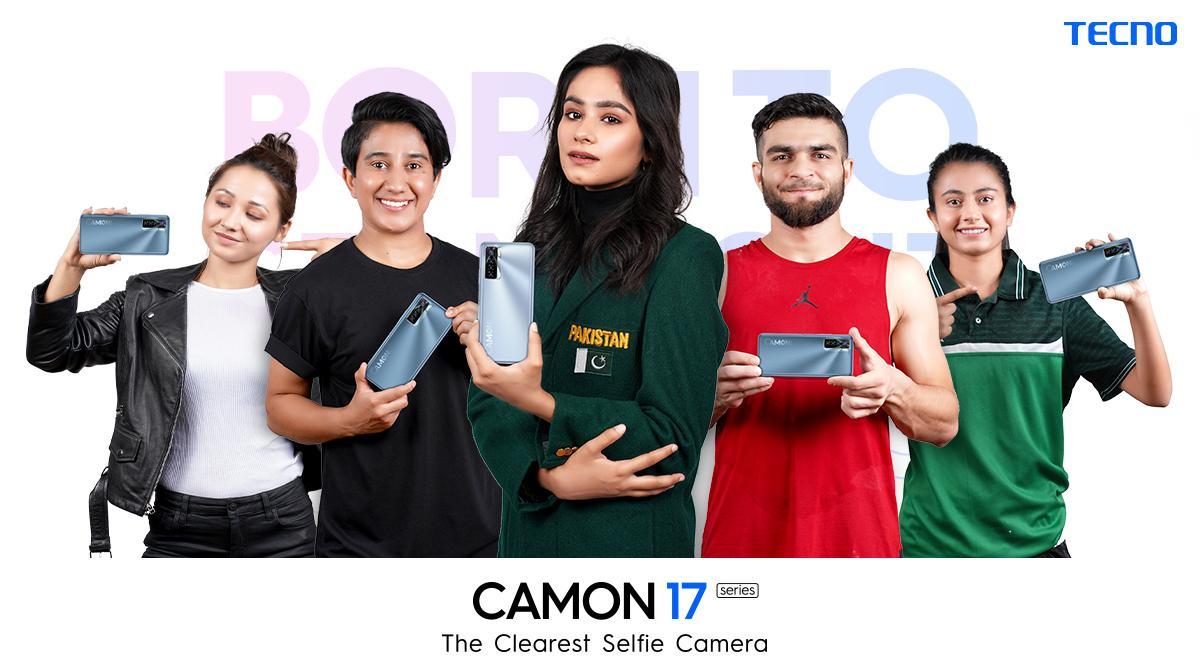 TECNO Mobiles recently launched its flagship Camon 17 series in the market. The series includes two phones; Camon 17 and Camon 17 Pro. The Camon 17 Pro had a lot of hype surrounding its release due to its 48MP Clearest Selfie camera. It supports a 64MP rear Quad camera coupled with a MediaTek Helio G95 processor, a 5000mAh battery, and a massive 8+128GB storage, further enhancing the performance of the flagship phone. With these exceptional features, Camon 17 Pro brings an outstanding “Born to Stand Out” campaign.

This #BornToStandOut campaign features the emerging talents of Pakistan who specialize in different areas. The main objective is to provide a platform for these young voices to reach the masses and be an inspiration for everyone. TECNO engaged Rameen Fareed, Pakistan’s youngest female footballer for the #BorntoStandOut campaign. She was the best player in the Women’s Football Championship 2018, which earned her admiring appraisals from the sports faculty.

Mehak Gul, the youngest Pakistani girl to hold the title of “World Woman Candidate Master” was also engaged in TECNO’s campaign. She holds an astonishing Guinness world record for arranging a chessboard in a whopping span of forty-five seconds. Marina Syed and Anita Karim are two trailblazer women of Pakistan who are breaking gender stereotypes. Marina Syed is the first female stunt biker and owns an academy to train young girls. Whereas, Anita Karim is Pakistan’s First Female MMA Fighter winning multiple national and international-level bouts.

Along with these amazing ladies, Ahmed ‘Wolverine’ Mujtaba is another rising star. He is one of the brightest martial arts athletes to emerge from Pakistan, performing exceptionally well in his debut defeating high-rated Singapore talent. This selection shows TECNO’s #BorntoStandOut Campaign highlights the young stars of Pakistan showcasing their talent and skill on a grand scale to inspire the masses.

Now the interesting part is that YOU can be a part of this inspiring campaign for TECNO too. If you have something to show the world share it with TECNO and get a golden chance to be featured in Camon 17 Pro’s #BornToStandOut campaign. So, come forward and share your talents on social media with the hashtag #BornToStandOut and also win a free Camon 17.