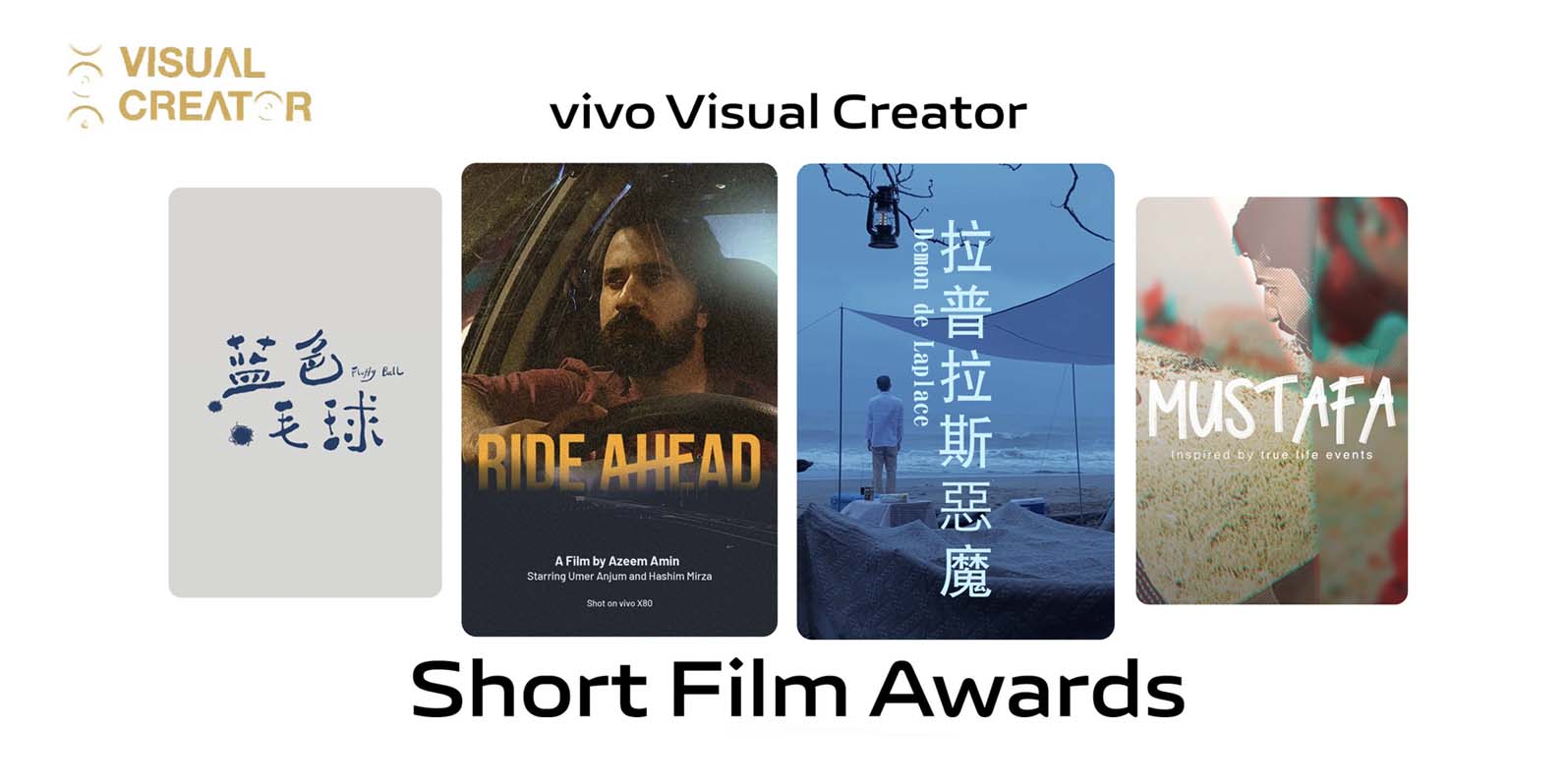 Vivo, a leading brand in the smartphone industry, launched the latest addition to its premium X series —vivo X80 earlier this year in Pakistan.Through this launch, vivo presented‘Imtehan’ a short film written by Ahsan Rahim and directed by an ace director Hamza Lari.The film has shot entirely on vivo X80 — putting the competency of the smartphone’s camera on display.

Taking this into account, vivo announced the 2022 vivo Visual Creator Short Film Awards where in aspiring directors. University students and other imaging enthusiasts encouraged to participate and introduce the audience to their own worlds of cinematography through the lens of a smartphone.

Participants  requested to upload their submissions to social media platforms under the hashtags #vivoVisualCreator and #OurStoryRedefined. The contest garnered an abundant response of several short films under a variety of genres across the regions.

Each entry was unique and thoughtful in its own way. This contest Has recently concluded and vivo worked towards meticulously assessing the entries and narrowing down the finalists. Amongst these finalists, after much consideration, five entries have won global awards and six entries have garnered regional awards:

vivo aims atgiving the best to its audience and therefore devotes itself to bringing technology and innovations that assist users in everything they do. vivo X80 and its camera technology in partnership with ZEISS is one more example of how the brand has managed to give its users the equipment to hone their cinematography and photography skills without spending large sums on expensive professional gadgets.

The modifications in imaging technology and the subsequent developments in cinematography over the recent decades have been remarkable.With vivo, today it has become possible to shoot professional and top-class content with mobile phone cameras and we are glad to have numerous amazing short films shot entirely using a smartphone camera.

The winning short films can be seen at: https://www.vivo.com/pk/activity/vivo-visual-creator

It’s that time of the year that Huawei brings their ultimate midrange king to the market and reigns supreme on this price segment. Once again, ... Read More