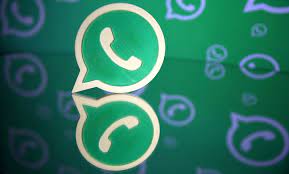 WhatsApp for Android is likely to soon get the Disappearing Mode in its privacy settings. It will allow users to convert all future chats into ephemeral ones. Will Cathcart, WhatsApp’s Head of Communications, and Mark Zuckerberg the Facebook Co-Founder revealed the feature during a WhatsApp chat. This extension appears to be an extension to Disappearing Messaging, which allows users in the group and individual chats to delete messages after a specified period of seven days.

WABetaInfo a WhatsApp beta tracker reported that Disappearing Mode is now available as a privacy setting to beta testers. WhatsApp for Android beta 2.21.18.7 mentioned the update. Beta testers have not yet seen the new feature live on their phones.

WABetaInfo also shared a screenshot showing the Disappearing Mode option as a part of the privacy settings on WhatsApp for Android. The feature is said that it is in development.

In June, Will Cathcart and Mark Zuckerberg allegedly revealed the plans to roll out the Disappearing Mode in a chat with WABetaInfo. The mode would essentially enable the existing Disappearing Messages feature across all message threads on WhatsApp to make them of temporary nature.

WABetaInfo suggests to all the people you’re chatting with that the update will be sent out when the Disappearing Mode is enabled from your end.

WhatsApp is also said to be testing the app-wise Disappearing Mode. The company claims that it is working on improving the availability of ephemeral SMS messages by adding time frames for 24-hour, 90-day, and seven-day periods. After which, the messages will stop showing in chats.

WhatsApp will bring the Disappearing Modal to iPhone users as well as Android users. Facebook is not providing any information about the rollout.

Separately, WABetaInfo reports that WhatsApp is redesigning the contact/ group card on Android that appears when you tap the profile picture of a contact or a group from your chats list. The card will display the info button next to the contact name but not the profile image of the contact/group you are viewing in the default square shape.

WhatsApp for Android beta Version 2.21.18.9 suggested that the new contact/group card be created. Beta testers have yet to see it.

Mstore.pk has taken a positive initiative to spread awareness about this pandemic Covid-19. People were taking this virus as a regular flue but...
Read more
Business

DigiSkills.pk – 1 Million Trainings Imparted to Youth in Freelancing   ISLAMABAD (20-5 2020): One million trainings have been imparted to youth in freelancing under the...
Read more
Offers

Zong offers the most affordable IDD bundles for Saudi Arabia