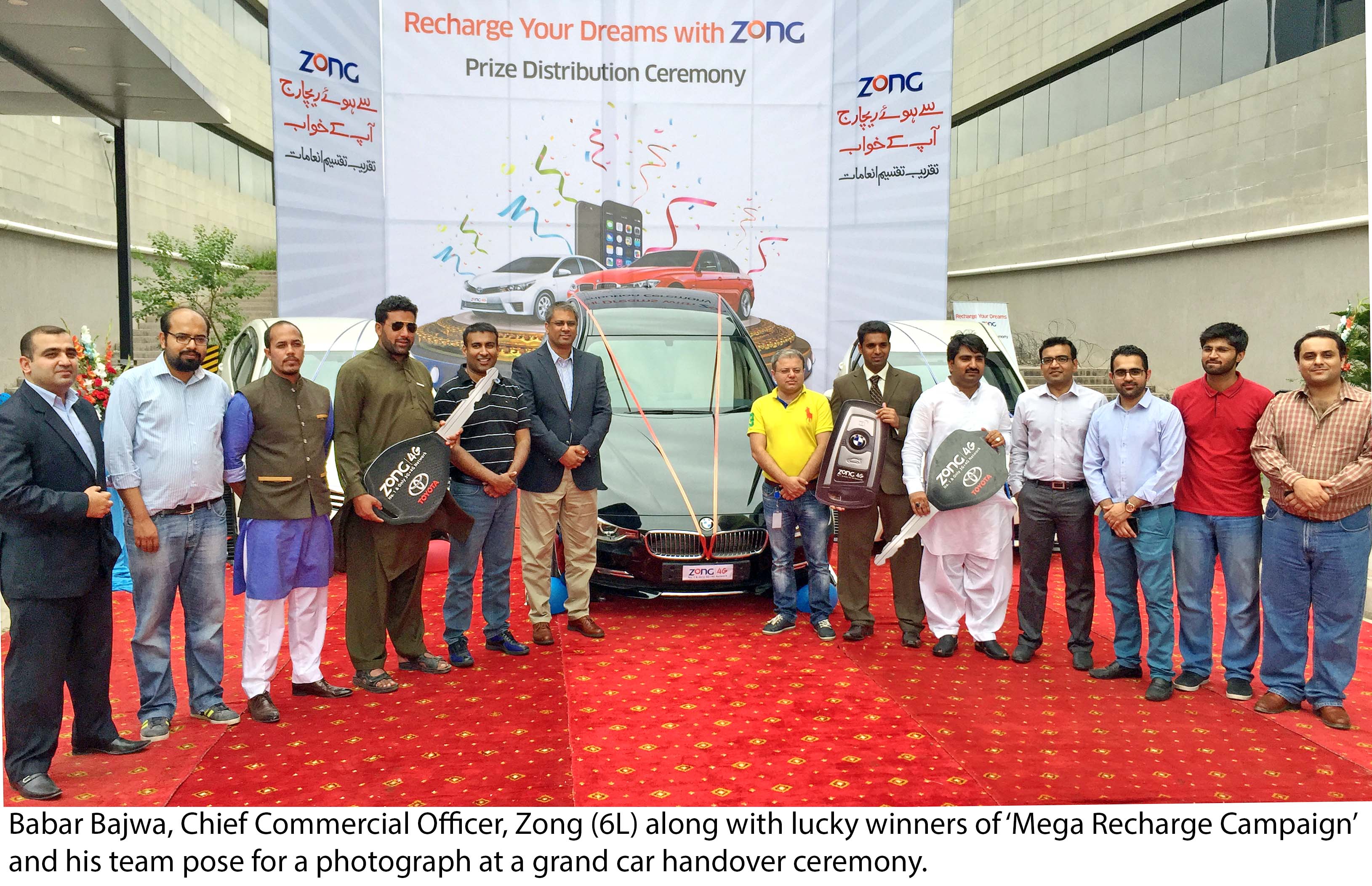 Through this mega campaign, Adil Hussain of Sahiwal has been declared the winner of brand new BMW car, while Ali Asghar of Karachi and Inamullah of Karak have won brand new Toyota Corolla cars. A grand hand-over ceremony was held at Zong Headquarters in Islamabad where these lucky winners received their cars. ‘Zong’s Mega Recharge Campaign’ that took the subscribers by storm was effective from 17th April to 31st May 2015. In order to qualify for the lucky draw for the BMW car, customers needed to recharge Rs.300 or more before 31st May while for Toyota Corolla cars, customers were required to recharge a minimum balance of Rs.200 or more.

Speaking at the occasion, Babar Bajwa, Chief Commercial Officer, Zong said, “Having ones own car is still a dream for many Pakistani’s, but through this campaign Zong has facilitated the customers and helped make their dream a reality”. “We have ensured absolute transparency throughout the process and feel proud that we deliver what we promise to our valued customers” he added.

After fulfilling legal formalities Adil Hussain himself drove BMW car to Sahiwal while Ali Aghar of Karachi and Inamullah of Karak will be provided their cars in their respective cities.

vivo X-League Share Their Inspiring Stories Every individual has a story that needs to be told. We are all full of interesting stories – tales ... Read More

The wait is over, Get Ready to Meet the Selfie Superstar – Huawei P10 Lite

The wait is over, Get Ready to Meet the Selfie Superstar – Huawei P10 Lite   Lahore: 26thApril, 2017:Huawei, the leading telecommunications company has yet ... Read More