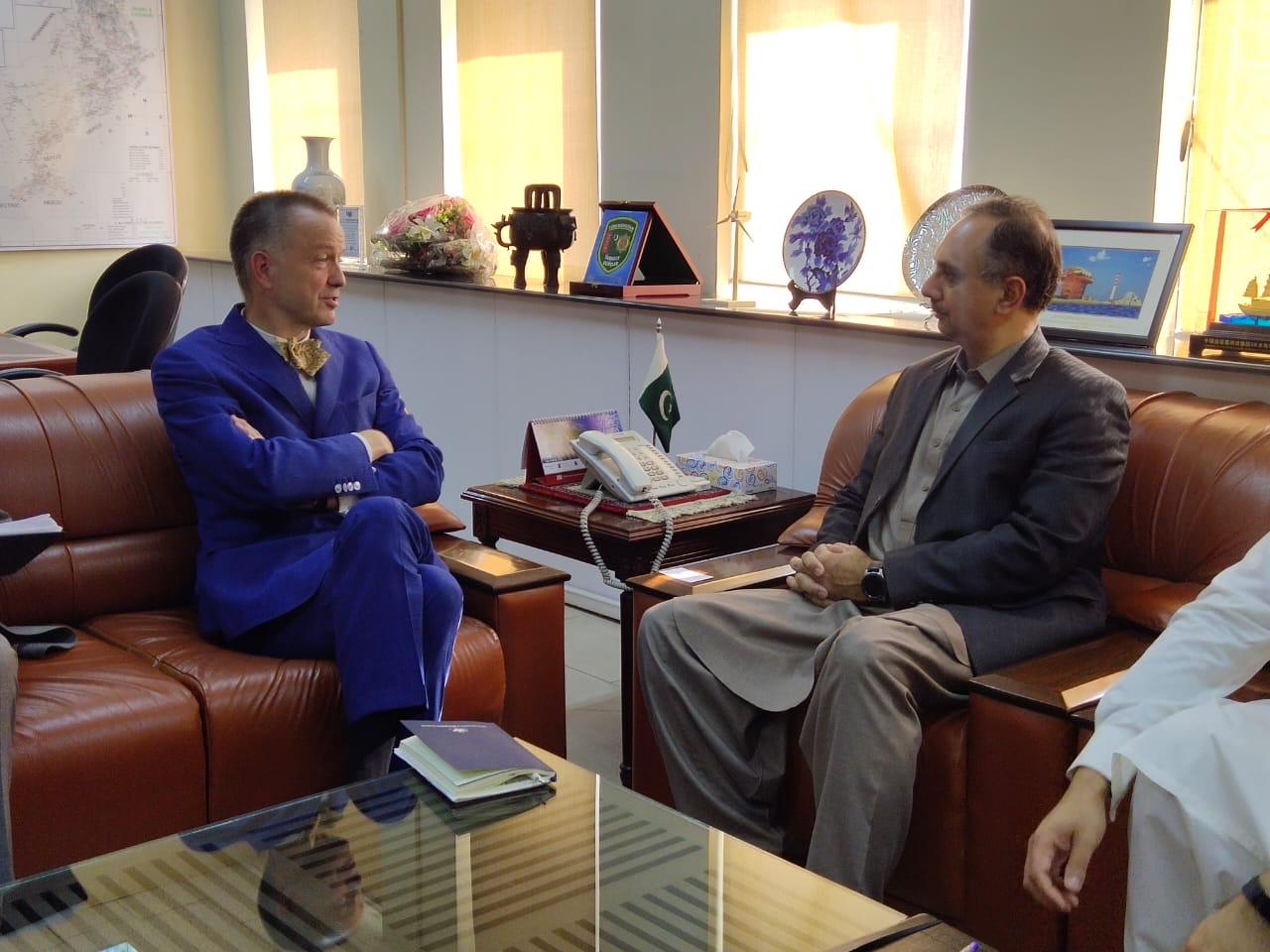 Pakistan’s Energy Sector is fast flourishing as its sub-Power Sector is offering around 60 Billion Dollar Market in its renewable energy generation, transmission and Distribution system alonngwith Petroleum sub-Sector offering huge oil and gas  exploration opportunities of around 40 new sites for which auction will be conducted in the month of December 2019.

This was stated by Federal Minister for Power and Petroleum, Mr. Omar Ayub Khan in a meeting with German Ambassador HE Mr. Bernhard Schlangheck who called on him at his officer this morning. Mr. Nadeem Babar, Special Assistant to the Prime Minister on Petroleum was also present during the meeting. 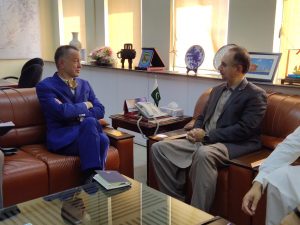 While apprising the German Ambassador on the new Renewable Energy Policy, the Federal Minister said that for the first time the Provinces have been given a major leading role in both decision making regarding new renewable energy projects as well as in their implementation. A steering committee having due representation of all the provinces has been envisaged for this purpose in the AEDB, he added. He said that Government has formulated 25 years generation plan alongside transmission plan for commissioning new electricity projects in the country.

Mr.  Nadeem Babar informed that a muti-years auction of bulk renewable energy projects is also under consideration on competitive Bidding basis. It will also be beneficial for manufacturing of renewable energy products i.e. solar plates and wind turbines in the country providing them a good size and term for their businesses besides creating considerable job opportunities in Pakistan, he added.

Regarding exploration of new oil and gas reservoirs, the German Ambassador was apprised that due to absence of clear globally acceptable policy for exploration, there were few exploration as compared to the potential that Pakistan had. Now after the policy has been revamped, the Government is ready to auction around 35 off shore and 10 on shore sites for exploration starting from month of December 2019.

Mr. Omar Ayub Khan briefed the German Ambassador regarding the huge potential of per capita consumption of electricity in Pakistan that is currently around 500KW lower than China which is 2500Kw per capita. This means that electricity consumption will further increase in Pakistan with the adoption of business friendly policies by the present government. He said that Government has formulated Circular Debt Capping Plan and the Circular Debt which was growing by Rs. 39 billion per month during the previous Government, has been successfully brought down to little more than Rs. 10 billion per month. This growth will be arrested by the end of next year, he added.

The Federal Minister also threw light on the steps taken by the present government for brining efficiency in the power sector. He said that due to extensive anti-theft campaign, recovery drives, actions against own employees, and such other measures, 80% feeders across the country are now receiving uninterrupted power supply while work on rest of 20% is fast and on track. Besides considerable investment are also made in new technology including AMI meters and Areal Bundled Cables installation in the DISCOs to enhance their efficiency and reduce losses.

The German Ambassador appreciated the Government’s endeavours in the Energy Sector. He said that entire developed World and their entrepreneurs are watching the developments in Pakistan and are ready to invest. He said that German Companies are also interested in taking part in the coming bidding process for renewable energy projects.

Social networking Apps have become an integral part of our life. Such Apps have acquired a big chunk of our everyday routine. The one thing ... Read More

Sony is now focusing in Pakistan market for his digital imaging category marketing . Right now, he is starting to do workshops in different cities ... Read More