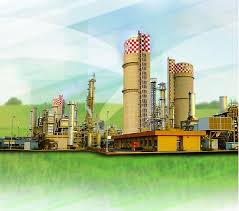 FFC Announces Half Yearly Results For The Year 2017

FFC Announces Half Yearly Results For The Year 2017

Lahore, July 31, 2017:  Fauji Fertilizer Company Limited (FFC) has announced Half yearly results for the year 2017.The Company achieved new Urea production benchmark of 1,281 thousand tonnes during the first half. The Most Anticipated smartphone from Tecno Mobile, the Camon i Sky 2 is set to be launched in Pakistan on 26th January 2019. Speculations point ... Read More

Footlib by KTM successfully inaugurated its new outlet at Multan

Footlib by KTM successfully inaugurated its new outlet at Multan When it comes to quality focused and trendy shoes particularly handmade leather shoes either for ... Read More