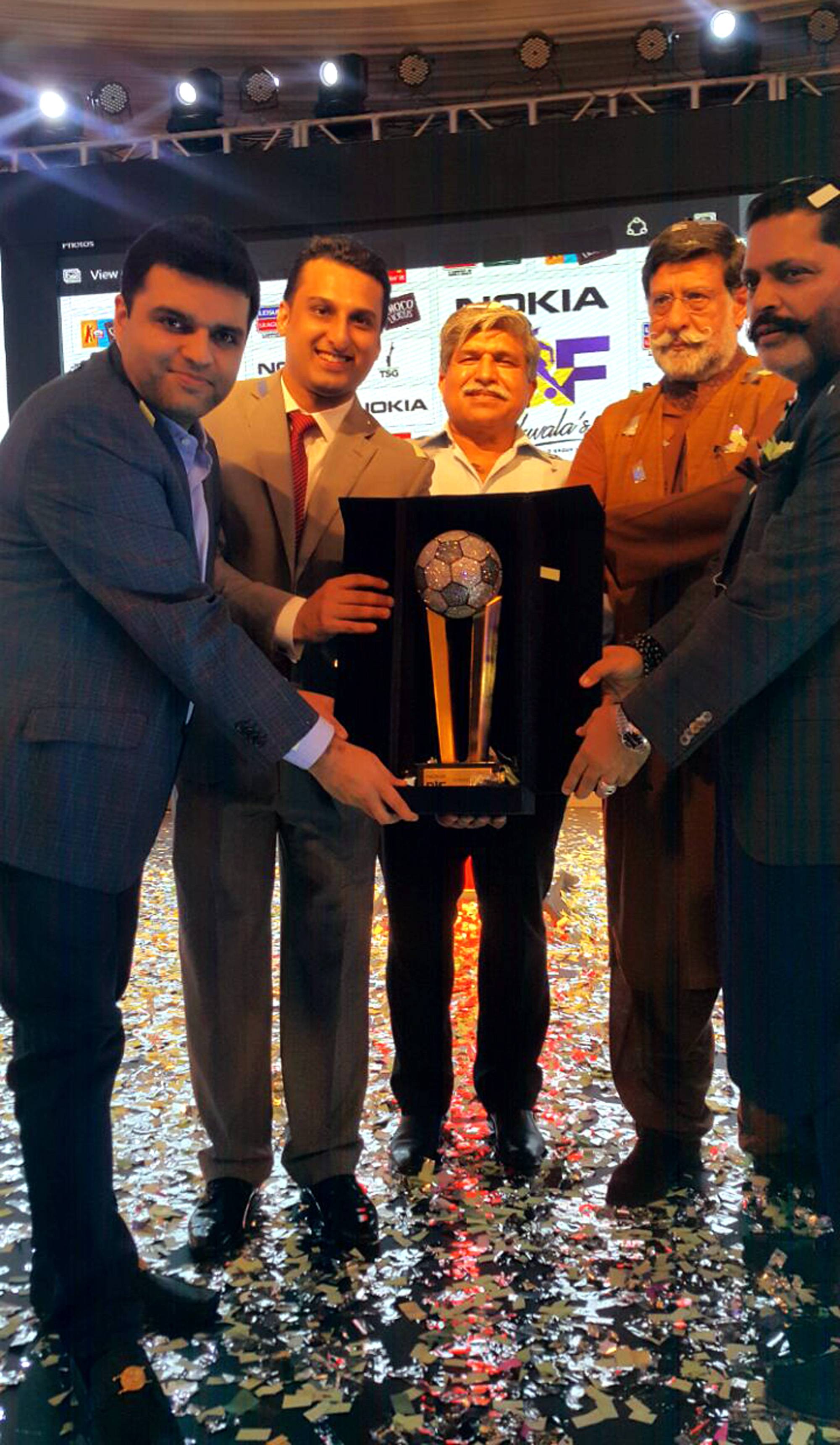 Karachi, Pakistan, 4 July 2017: Leisure Leagues unveiled the trophy to be awarded to the winning team in the exhibition match to be played by Ronaldinho and friends squad. The trophy dazzles in Swarovski crystal made in Australia, and captures the grandeur of the event that’s going to take place in Pakistan. With the excitement building up for the events that will take place on 8th and 9th July, Ryan Giggs was announced as the latest player to join Ronaldinho and Friends Squad. Shahzeb Trunkwala, President World Group stated, “It is a great honor to see this initiative coming to life. It is a great time for Pakistan as a nation to be hosting players of this stature in the country.”

Addressing at the occasion, Ammar Ahmed, Head of Marketing, Near East, HMD said, “As the title sponsors of the mega event, we feel privileged to unveil the glittering trophy of Nokia Ronaldinho & Friends.

These matches featuring international players from across the globe not only sends a clear message that Pakistan is a sports loving country, but also provides us with an opportunity to raise the bar for football in Pakistan.” he added.

The matches will be held in Karachi and Lahore and will feature these coveted international players for teams and will play alongside the local youth selected by Leisure Leagues for this mega event which will provide attractive incentives for the players and the audience, enabling optimum viewership in the country.

Leisure Leagues also unveiled the anthem of Ronaldinho and Friends sung by Ali Azmat and Momina Mustehsan. The song celebrates the spirit of football in Pakistan.

vivo Topped China’s Smartphone Market in Q2 2022, According to a Counterpoint Report

According to Counterpoint Research's Market Pulse Report released on 27th July, Vivo ranked first with a market share* of 19.8% in Q2 2022, maintaining its position as ... Read More