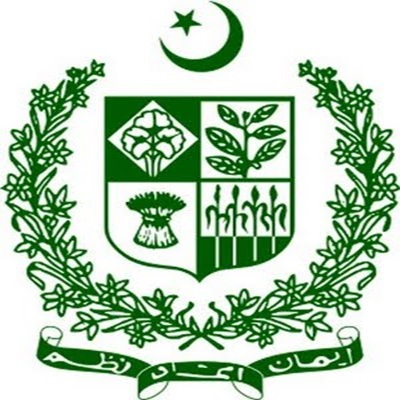 Islamabad, 31 October 2016 –By 2030, Pakistan’s population is expected to reach 260 million and half of the population will live in urban areas, making cities central to climate action, prosperity, peace, and human rights. On the occasion of World Cities Day 2016 and in light of the recent development of the New Urban Agenda which was adopted at the Habitat III Conference in Quito, Ecuador, on October 20, 2016, high officials from the Ministry of Climate Change and UN-Habitat gathered in Islamabad to discuss prospects of implementing the New Urban Agenda in the country to make Pakistan’s cities habitable and trigger economic prosperity.Zahid Hamid – Federal Minister for Climate Change, “As the Government of Pakistan’s focal Ministry for urbanization, it is our foremost responsibility to improve the quality of life of residents of the urban areas. Pakistan’s development agenda includes transformation of these areas into creative, eco-friendly, commerce-friendly, sustainable, smart cities through improved city governance, effective urban planning, efficient local mobility infrastructure (mass transit systems) and better security to make urbanization an important driver of growth.”He further added, “For this purpose, the Ministry of Climate Change and the United Nations Human Settlements Programme (UN-Habitat) in Pakistan have been working closely on various initiatives related tosustainable urbanization and climate change. These include policy formulation and implementation of climate change vulnerability and adaptation assessments and urban-related initiatives that contribute to the Sustainable Development Goals (SDGs,). We are now cooperating in preparation of the State of Pakistan Cities Report, which will serve as an important tool for implementation of the New Urban Agenda which was adopted at the Habitat III Conference in Quito, Ecuador, on October 20, 2016.Together, with other Government agencies at federal, provincial and local levels, and all urban actors and partners, we hope to make Pakistan’scities and human settlements ‘inclusive, safe, resilient, and sustainable’ as required by SDG 11.”Syed Abu Akif – Secretary for Ministry of Climate Change, “This year around the World Cities Day is focusing on inclusive cities and shared development and as Pakistan is facing a rapid increase in urbanisation caused by population growth, urban migration, and refugee influx, which has resulted in the creation and expansion of under-resourced urban settlements, causing unprecedented levels of economic, spatial, social, and infrastructural challenges, and climate change impacts, it requires the attention and support of all sectors. Cities as engines of economic growth also bring prosperity and positive impact if properly managed. Together with UN-Habitat, the Government of Pakistan is making efforts to improve the quality of life of not just the urban poor but also of the broader population living in urban cities through planned urbanization.”Bella Evidente, Country Programme Manager, UN-Habitat Pakistan – “Within the United Nations system, UN-Habitat is the focal agency for all urbanization and human settlement matters. In Pakistan, the agency emphasizes on improving the lives of the people of by carefully tapping opportunities in harnessing the economic and social potentials of Pakistan’s cities for growth and development and in promoting socially and environmentally sustainable towns and cities.In celebration of the World Cities Day*, UN-Habitat aims to create awareness on the challenges and benefits of sustainable urbanization, promote this year’s theme of “Inclusive Cities, Shared Development”, and highlight the important role of urbanization as a source of global development and social inclusion. Cities and towns have an immense role to play in ending poverty and building inclusive societies that promote participation by all. Their transformation entails better urban governance, planning and design. It also means more investment in adequate and affordable housing, quality infrastructure and basic services. And it means engaging women and girls in making towns and cities safer and more productive for all.With continued support from the Government of Pakistan and its people, along with UN-Habitat’s excellent partners in development work, I am confident that we contribute to the realization of Sustainable Development Goals and make a better urban future. On World Cities Day, let us renew our resolve to confront urban problems and forge lasting solutions. Together, we can show how success in Pakistan cities inspires change across the world”.