OPPO has successfully launched the new OPPO F21 Pro in Pakistan. The phone provides its users with an attractive design, distinctive camera features, and loads more.The F21 Pro is beautiful to look at and provides a premium hand feel. Its prominent exterior barely has any plastic involved, especially in the vegan leather, sunset orange color. 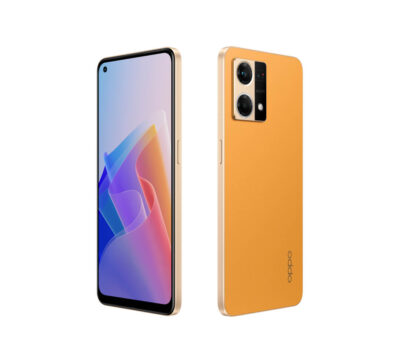 OPPO’sF21 Pro comes with a 6.43-inch FHD+ (2400 x 1080p) AMOLED display with a 90Hz refresh rate and a maximum touch sampling rate of 180Hz. It has a maximum brightness of 600 nits while the display carries Corning Glass 5 protection. A second layer of screen protection has also been pre-applied by the company. The device also boasts an in-display fingerprint scanner, which has performed admirably so far. It’s worth noting that the phone has three dedicated slots: two for Nano SIM cards and one for a microSD card.

The OPPO F21 Pro has the first Fiber-glass leather design in the market, making it both durable and lightweight. It’s water- and wear-resistant, and also serves as a frameless battery cover. This finish is offered on the F21 Pro in the Sunset Orange color. In our experience, with this surface, it has barely picked up any fingerprints or scratches, indicating that it should be simple to keep clean. The soft gold finish on the frame and portion of the camera module compliments nicely with the orange back.

In addition, there’s a Cosmic Black model with an OPPO Glow design. Both models have a flat-edge and they carry an Orbit Light for alerts.

The OPPO F21 Pro is quite light at only weighs 175g, and it’s also not too thick, despite the flattened design. Even with a little one-handed use, we found it to be very comfortable to play with. A headphone jack, as well as a speaker and USB Type-C port, are located on the bottom of the frame. There are no stereo speakers on this phone. 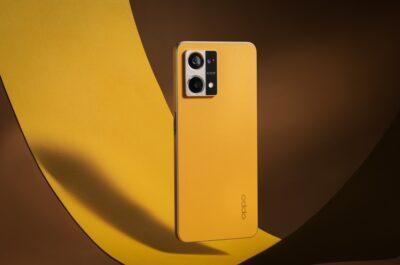 We expected the Microlens camera to be a gimmick but it works wonderfully. It did a great job of capturing the minute details and brought to life the most boring objects with absolute clarity. Coming to the selfie camera, it provides a great bokeh effect, bright colors, good exposure and overall posh look. 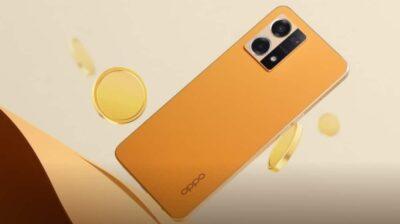 The smartphone contains a RAM expansion option that allows users to increase the memory space by another 5GB. This means that a device with 8GB RAM can be upgraded to 13GB if more storage is available. This will greatly improve the speed of day-to-day operations.

The phone has a 4,500mAh battery, which is more than enough for a day’s worth of heavy usage. A 33W SUPERVOOC charger is also available, which, according to the company, can charge the phone from 0% to 100% in just one hour.

The OPPO F21 Pro is powered by OPPO’s latest ColorOS version, v12.1, which is based on Android 12. ColorOS 12 was released in October of last year and is based on Android 12. The OPPO F21 Pro, to our surprise, came with ColorOS 12.1 out of the box. A new UI with new 3D style icons, better animations, localized text, improved multitasking, Omoji, privacy controls, power-saving qualities, wallpaper-based themes, and more are some of the features and highlights of ColorOS 12.

The phone comes with an amazing yet budget friendly price tag of PKR 52,999/- in Pakistan. 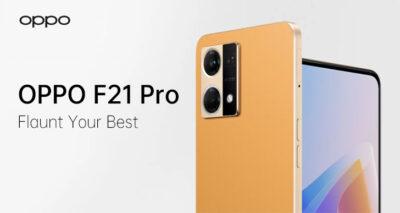 OPPO has been offering feature rich smartphones at a decent price range and the OPPO F21 Pro is surely an addition to the list. The phone not only sports a trend-setting design but also offers great camera performance and battery life. This phone is for those who simply want a good looking phone with good cameras and an exceptional user experience which is what the OPPO F series has always been about.

wPTCL and Ufone have swiftly restored their network disrupted by heavy rains and flooding in parts of Balochistan and Sindh in a record time through ... Read More