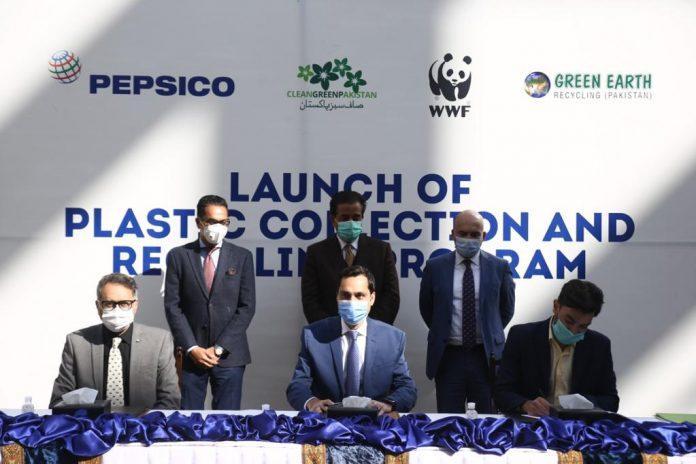 Islamabad: PepsiCo Pakistan has kicked off the largest plastic waste collection and recycling initiative in Pakistan under the Clean, Green Pakistan program. The announcement was made by PepsiCo Chief Executive Officer Pakistan and Afghanistan Mr. Furqan Ahmed Syed during a project kickoff ceremony held in Islamabad yesterday. Mr. Malik Amin Aslam, Prime Minister’s special assistant on Climate Change and Mr. Hammad Naqi Director General WWF-Pakistan were also present on the occasion. Under the project, PepsiCo through its partnership with Green Earth Recycling (GER) and WWF Pakistan will collect 4,750 tons (4.75 million kgs) of plastic waste and focus on recycling the collected waste in purposeful ways. 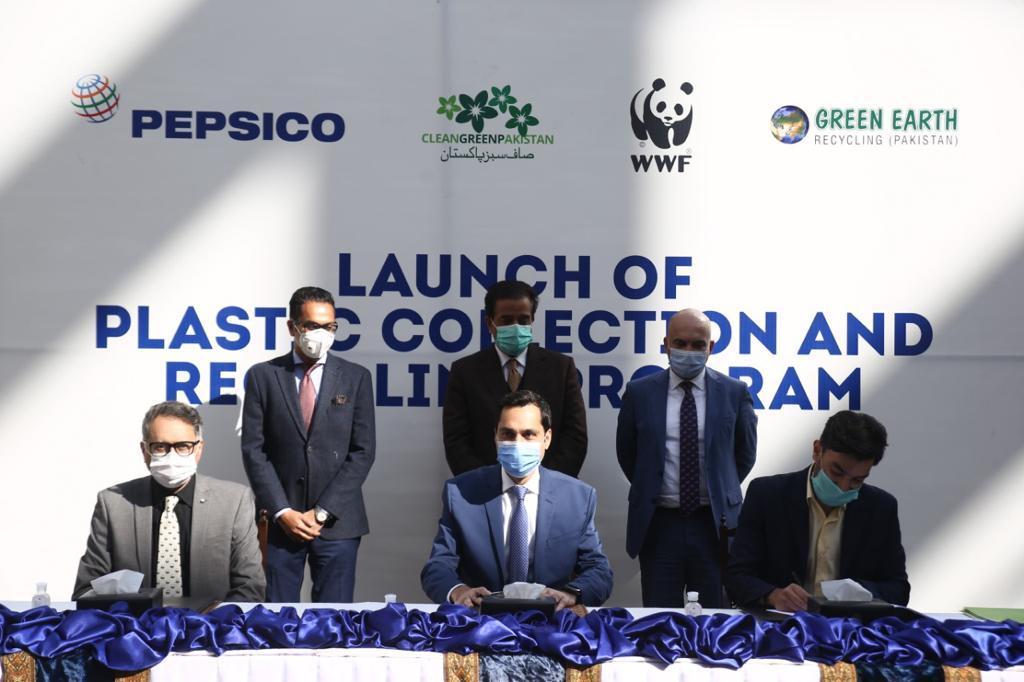 The initiative is consistent with PepsiCo’s global sustainability goal of fundamentally changing the way the world interacts with its packaging to deliver on its vision of a world where plastics need never become waste. As part of this commitment, PepsiCo is investing to increase recycling rates in key markets through campaigns that encourage consumers to recycle and partnerships to increase and improve recycling infrastructure. During the ceremony, PepsiCo unveiled a snacks display rack made of recycled flexible plastic packaging the company intends to put into market. The key breakthrough that PepsiCo and its partner GER have been able to achieve, working together on this initiative for over a year, is the ability to convert flexible plastic packaging into plastic sheets. This enables anyone to produce numerous types of utility products for example waste bins, benches, tables and chairs, from re-usable plastic. WWF-Pakistan has joined hands with PepsiCo and GER for this project and will play the role of validating the project deliverables and outcomes.

Mr. Malik Amin Aslam Special Assistant to the Prime Minister on Climate Change congratulated PepsiCo on making tangible efforts to tackle the issue of plastic waste. He said ‘tackling plastic waste is a top priority for the government and PepsiCo has demonstrated leadership in this critical area. I urge other companies to follow this example and launch projects that can create a real difference’. Mr. Hammad Naqi, Director General WWF-Pakistan commented that ‘we all collectively as a society must come together to tackle waste created by plastics. This initiative is a great example of how every pillar of the society can play such a role’. 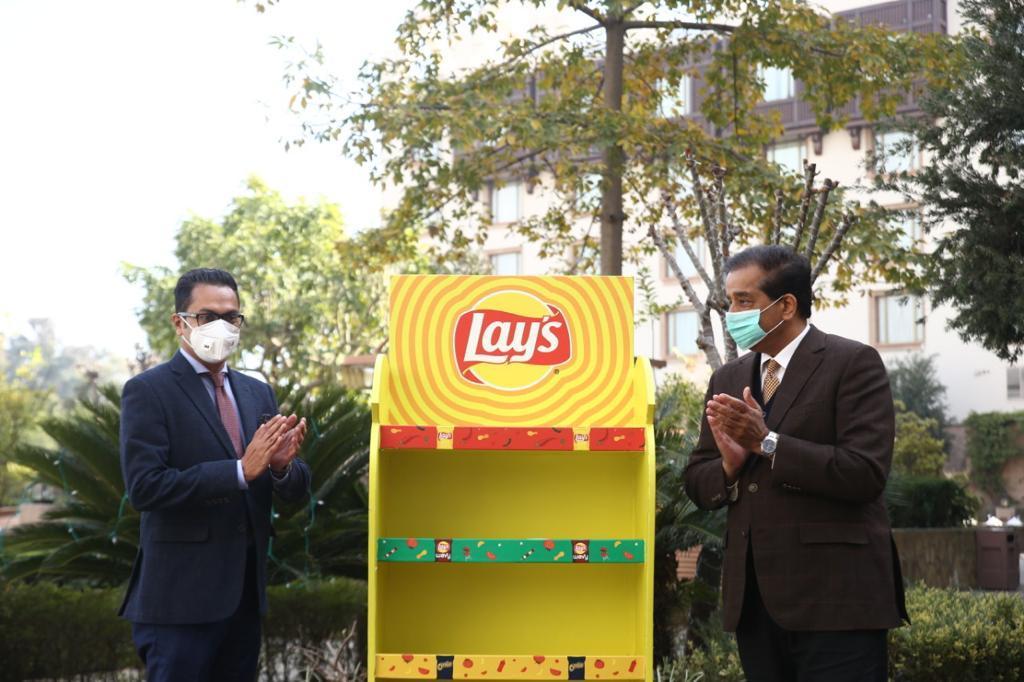 Mr. Furqan Ahmed Syed, PepsiCo CEO Pakistan and Afghanistan commented that ‘PepsiCo envisions a world where plastic need never become waste. As a global leader in food and beverages, we have an important role to play in making sustainable packaging a reality. We have spent considerable effort in testing and developing various alternatives to plastic waste collection and reuse. We take great pride in being able to scale our efforts to a level where we can make meaningful contributions towards making plastic packaging sustainable’.

PepsiCo’s approach towards dealing with plastic waste is rooted in three interconnected strategies: reducing the amount of plastic used, recycling more plastic to support a circular economy, and reinventing the plastic packaging used by the company. PepsiCo drives change by working with a broad group of partners, including industry peers, nonprofit organizations, and people and companies throughout the plastics supply chain. The company is investing in and advocating for improved recycling infrastructure, as well as educating and actively empowering consumers.

Our approach to protecting the environment goes beyond tackling the issue of plastic waste. We are particularly concerned about climate change and this month we have doubled down on our global commitments towards climate change. We are targeting a reduction of absolute greenhouse gas emissions (GHG) across our value chain by more than 40% by 2030. In addition, we have pledged net zero emissions by 2040 – this is one decade earlier than called by the Paris Agreement.

Shireen Lakdawala Brings Thread Work & Light Colors' Elegance in Its Summer Collection Fashion is an inevitable part of a woman’s life and each one...
Read more
Telecom

An Exciting Update on the HUAWEI Mate 10 lite Will Make You Smile HUAWEI's mid-range offering is set to up the benchmark yet again   Lahore –...
Read more