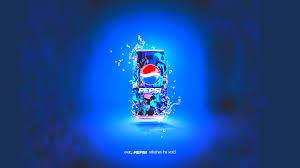 The Global Food and Beverage Company Shows Improvement Across Product Portfolio, Water, Sustainable Sourcing and Diversity, Among Other Critical Areas

Lahore, October 18, 2017 – PepsiCo reported progress towards its ambitious Performance with Purpose 2025 Agenda sustainability goals, announced last year. The company improved performance against goals in each of the Agenda’s three focus areas – Products, Planet and People – while returning over $7 billion cash to shareholders during the same year. In its latest Sustainability Report, released today, PepsiCo also reasserted its aspiration to deliver sustainable change across the company, its value chain, the food and beverage industry, and the wider world through Performance with Purpose.

“Last year, we doubled down on Performance with Purpose, our vision to deliver top-tier financial results over the long term in a way that’s responsive to the needs of the world around us,” said Indra K. Nooyi, PepsiCo Chairman and CEO. “Since then, we’ve been working hard to advance our 2025 Agenda, from making more nutritious products, to limiting our environmental footprint, to empowering people and the communities where we do business. As this year’s Report shows, we are making real, meaningful progress all over the world.”

PepsiCo reduced added sugars, saturated fat and sodium in its beverage and snacks portfolio volume in 2016, compared to 2015 baselines1. The company also continued to move its business towards more nutritious products, increasing net revenue from its Everyday Nutrition portfolio to 27% of the company’s total and delivering more than 260 million servings of nutritious foods to communities in need.

PepsiCo reached one-quarter of its 2025 goal for annual water replenishment, with approximately 2.7 billion liters locally replenished in high-water-risk watersheds. It also worked with the PepsiCo Foundation and partners to reach more than 2 million people with safe water access in 2016 alone (bringing the total to 11 million people between 2006 and 2016).

Through its expanded Sustainable Farming Initiative, PepsiCo engaged with farmers who grow 34% of the crops it sources directly. This program helps growers and their communities get more out of the work they put in while reducing water usage and greenhouse gas emissions. In 2016, PepsiCo also increased female representation among its management to 38% and empowered 6 million women and girls through investments in local communities (reaching nearly 50% of its 2025 goal).

While critical progress has been made across the Performance with Purpose 2025 Agenda goals, Mehmood Khan, PepsiCo Vice Chairman and Chief Scientific Officer, Global Research and Development, emphasized that coordinated action at scale is vital in addressing interrelated challenges in public health and nutrition, climate change, resource scarcity and human rights.

“The global food system is at an inflection point,” he said. “The vast network of farmers, traders, processors, suppliers, manufacturers and retailers that feed our world must embrace change. This year, I have been inspired by the response to our new Performance with Purpose goals. We understand that there is much more to be done to achieve our objectives, but we also know that, by working together, we will succeed in creating a healthier and more sustainable future for us all.”

PepsiCo has also announced steps to increase transparency and enhance access to key information regarding Performance with Purpose and the sustainability issues of importance to its stakeholders. The company has launched a new, interactive A–Z Topics on pepsico.com. This replaces the separate Global Reporting Initiative Report published in previous years and provides easily navigable and regularly updated information about PepsiCo’s policies, programs, governance and performance against its 2025 Agenda goals.

Lahore: 27, 2020- Infinix is back with another fantastic cell phone that is sure to become a crowd favorite. The soon to be unveiled phone ... Read More