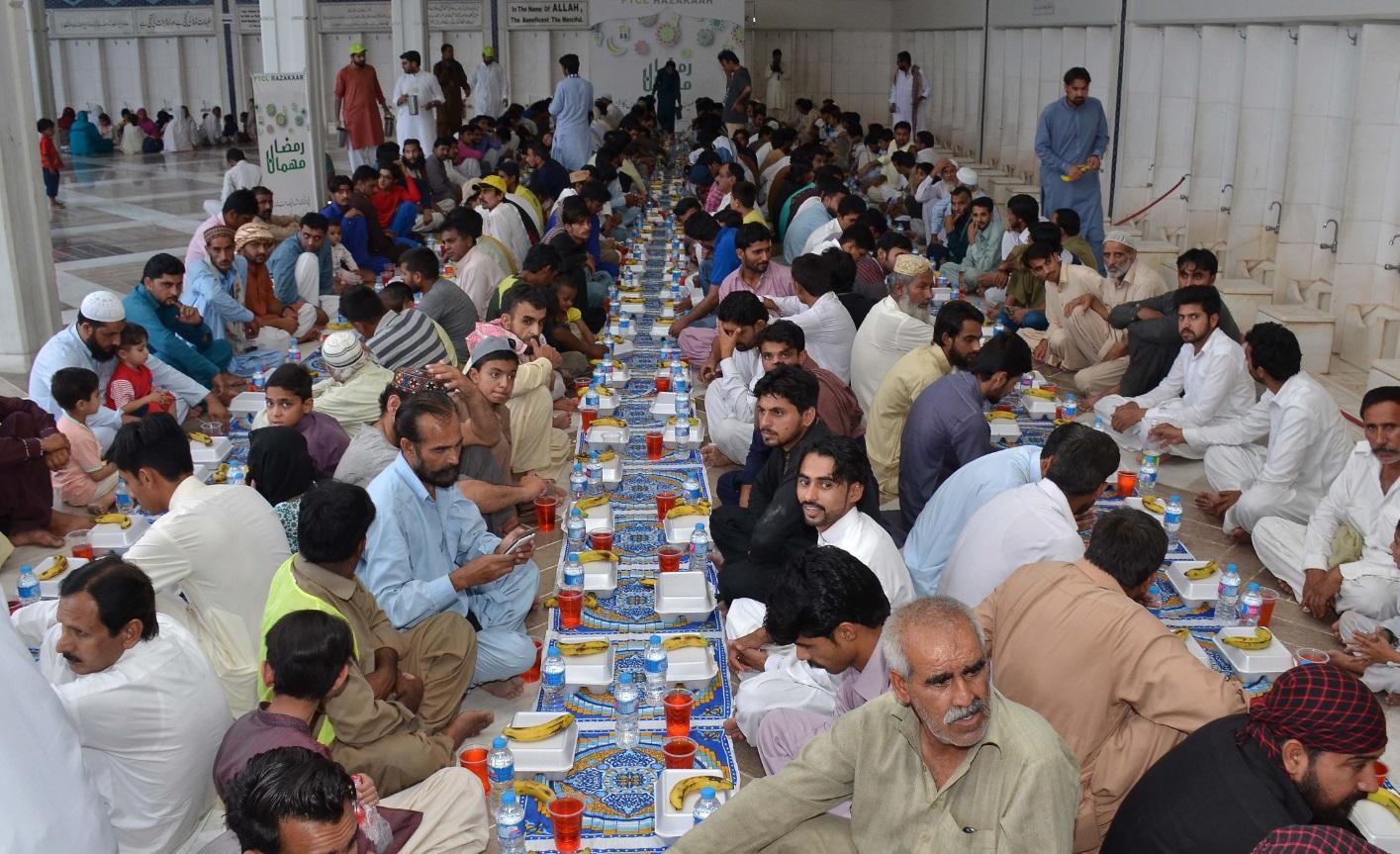 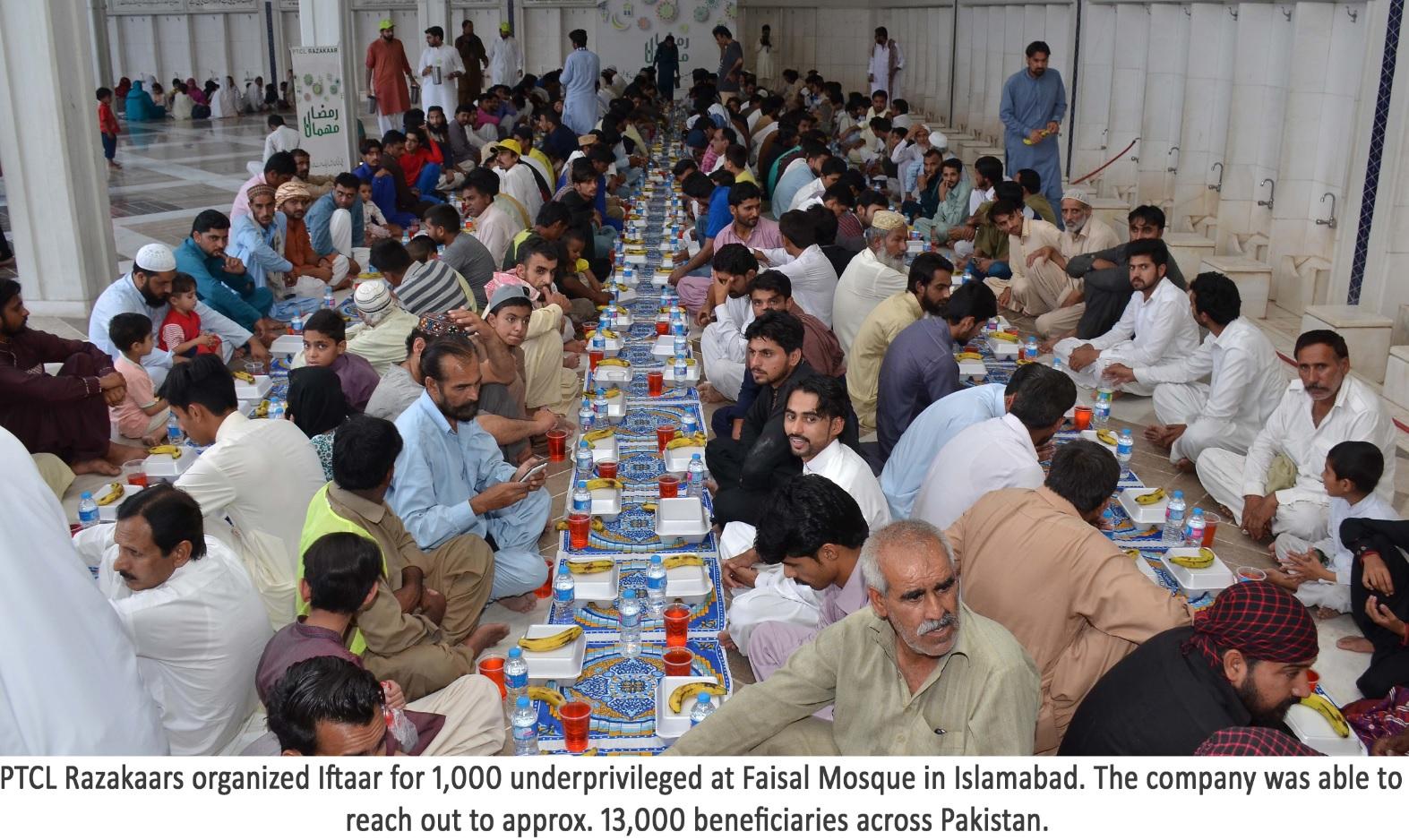 PTCL catered to fasting communities in far flung areas such as Sorange in Balochistan, GhallaMandi in Punjab, Tharparkar in Sindh and DI Khan in KPK as well as travelers and less privileged people in the heart of cities such as the Clock Tower of Faisalabad.

PTCL Razakaars were able to spread smiles across people tending to their ailing family members at The Lady Reading Hospital in Peshawar, DHQ and Lady Hospital in DI Khan, Civil Hospital Gujranwala, DHQ Hospital Khanewal, Nishtar Hospital Multan and the Civil Hospital Larkana. Community members of Rawalpindi and Islamabad were reached out through distribution of lunchboxes by our mobile vans. Razakaars made the effort to personally reach out to the most deserving persons hence living up to the true spirit of the month and the RamzanMehman Drive.

The largest Iftaar meal was laid out at the Faisal Mosque in Islamabad where 1000 visitors were treated and served by the company’s volunteers. Iftaars were also hosted at the Jamia Masjid Larkana, Gujrat and Abbottabad. This is the second year of the PTCL Razakaar program. Approximately 600 volunteers registered under the drive are regularly engaged in community service initiatives each quarter.

President & CEO PTCL Dr. Daniel Ritz appreciated the efforts of the PTCL Razakaar force saying it was commendable how we managed to reach out to people truly in need, even in most remote areas, across the country. He further added that PTCL is humbled to contribute positively to the society and will continue philanthropic initiatives with the same zeal and fervor.

The Razakaar Program has emerged as an integral part of the company’s CSR initiatives, as the company plans to undertake many activities covering Health, Education, Youth Development, Inclusion, Environment and Disaster Response.

PTCL is a socially responsible organization and promotes the fostering of societal development. The spirit is deeply entrenched in its roots and is the inspiration behind this initiative. PTCL has a history and legacy to serve the nation since its inception and has undertaken a number of CSR initiatives till today as part of its contribution to the society.

The HUAWEI nova 3 and nova 3i are perfect smartphones for people who are passionate, brave and confident and can make the most out of ... Read More