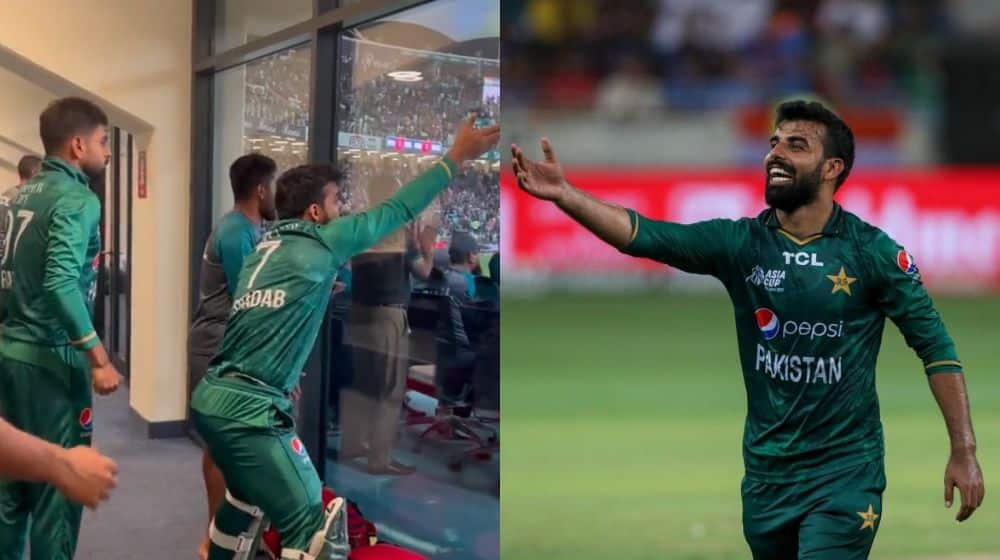 Millions of Pakistani fans rejoiced last night as the Men in Green registered a sensational win over arch-rivals India in the 2022 Asia Cup Super 4s stage.

Pakistan chased a target of 182 with 5 wickets and 1 ball remaining. Mohammad Rizwan scored a scintillating half-century while Mohammad Nawaz lit up the stadium with a quickfire of 42 runs to set up the chase perfectly. Asif Ali, Khushdil Shah, and Iftikhar Ahmed played their part as the Green Shirts registered two crucial points on the board.

The roller-coaster of emotions during the match was not only felt by the cricketing fans in both countries, but the players also could not contain their excitement.

The raw emotions, the reactions and the celebrations 🤗

🎥 Relive the last over of Pakistan's thrilling five-wicket win over India from the team dressing room 👏🎊#AsiaCup2022 | #INDvPAK pic.twitter.com/xHAePLrDwd

The video garnered over 38k likes and 11k retweets on Twitter as the fans appreciated the unity of the Pakistan national team. The fans were specifically impressed with the heart-on-sleeve reaction of Shadab Khan as they admired his passion for the game.

Technology You can Count On – Huawei Y-5

Technology You can Count On – Huawei Y-5 Lahore June 08, 2017:After months of speculations and leaks, Huawei has finally taken veils off of next generation ... Read More

TECNO engages customers in another round of fun and gifting activities

Keeping in view the hype of the new Camon 18 series among online customers and fans, TECNO decided to arrange fun activities for all its ... Read More

V23e has retained the position of the most successful smartphone by vivo in 2022 With a leading 50MP AF Portrait Selfie camera, a perfect blend ... Read More