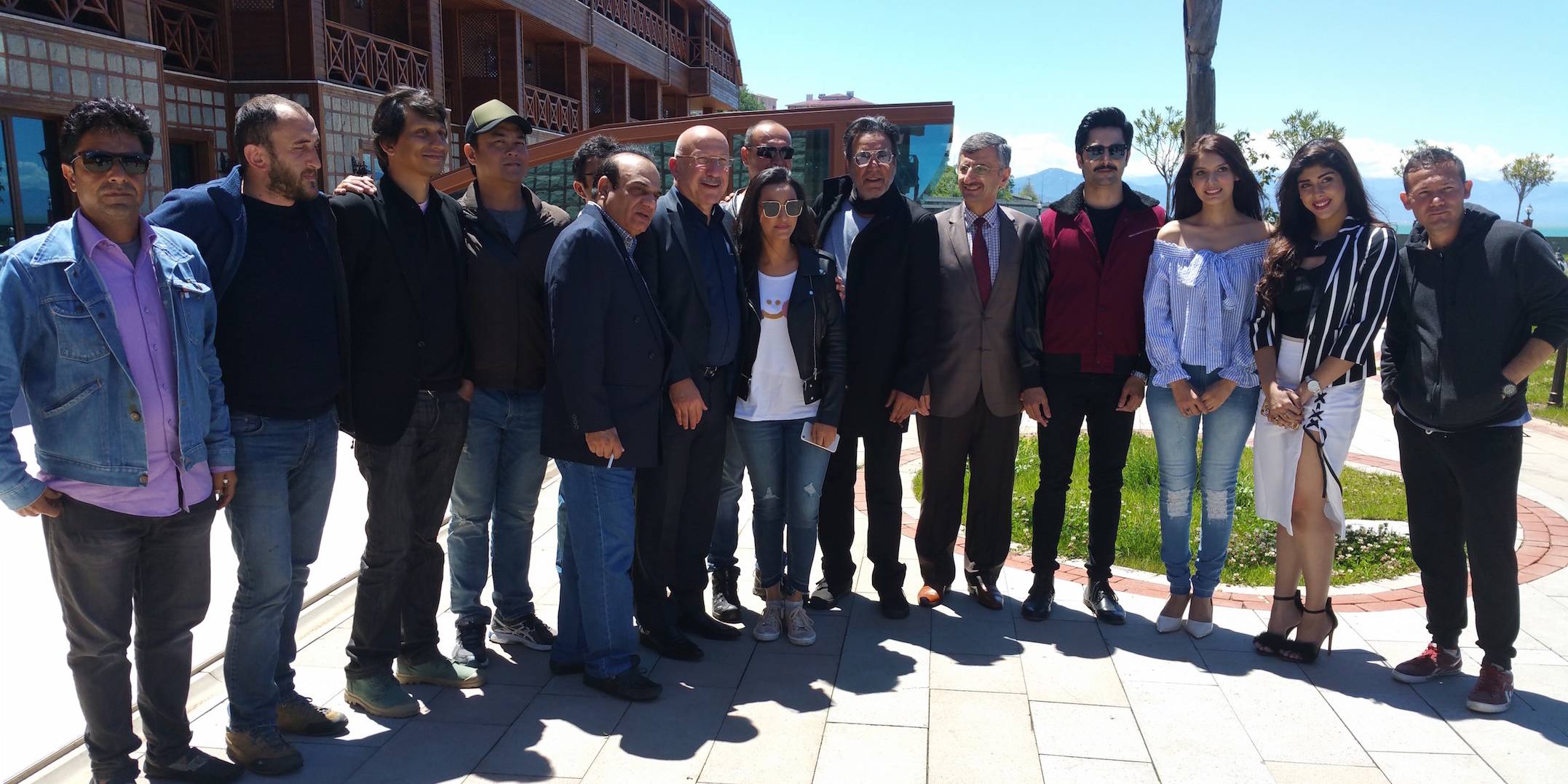 Shooting for an upcoming Pakistani film completes in Turkey

Shooting for an upcoming Pakistani film completes in Turkey

ISTANBUL, 11 June 2017:  Ambassador of Pakistan Mr. Sohail Mahmood has said that efforts are underway to further promote Pakistan-Turkey collaboration in joint production and exchange of films and TV serials. He was addressing a press conference held at the conclusion of the shooting for an upcoming film “Wajood” by Pakistan’s most accomplished and well-known director, producer and actor Javed Sheikh. “Wajood” has been shot at various locations in Turkey — including Rize, Antalya and Istanbul. Its cast consists of leading actors from Pakistan’s film industry, with Danish Taimur playing the lead role. Ambassador Sohail Mahmood noted that 2017 marks the 70th Year of Diplomatic Relations between Pakistan and Turkey and added that the Pakistan Embassy, in collaboration with relevant Turkish authorities and institutions, is organizing cultural and literary events to celebrate this milestone in a befitting manner. He hoped that the release of this movie, Wajood, would be an important part of such celebrations.

Referring to the revival and revitalization of the film industry in Pakistan, Ambassador Sohail Mahmood said this transformation is part of a larger process in which phenomenal growth of Pakistani music, visual and preforming arts, and literature has taken place. A key element of this growth and expansion is the deeper involvement of younger artists — who are highly motivated, talented, and enterprising. Lauding the multidimensional talents of Javed Sheikh and his role as a mentor for the new generation of artists, Ambassador Sohail underscored that Javed Sheikh has introduced Turkey’s breath-taking natural beauty and the warmth and graciousness of the Turkish people to Pakistani audiences through his earlier films including “Chief Sahib” made in 1995. It is also heart-warming that in the last few years, the entertainment industry in Pakistan and Turkey has played an important role in bringing the two brotherly people even closer to each other, said the Ambassador. He added that while Turkey has a well-established and experienced film production and distribution chain, Pakistan, with its nearly 200 million population, has a strong viewer market with an increasing desire for quality entertainment. This creates immense opportunities for the producers in both countries to distribute and display their films and drama serials in each other’s markets.

Speaking on the occasion, Mr. Javed Sheikh highlighted the theme of the movie as well as its cast and production team. He thanked Ambassador Sohail, the Pakistan Embassy and the Turkish authorities for providing all possible facilitation and support during the shooting. He also spoke highly of the love, affection and respect of the Turkish people for the people of Pakistan, which he and his crew members consistently experienced first-hand during their stay. Thanking Turkish Airlines for its support of the movie, Javed Sheikh underlined that the remarkable scenic beauty of Turkey, and especially of Rize for the first time ever, will be transmitted to the Pakistani people with the release of Wajood and tourism will surge. A Disabled Man Holding A Motorcycle While Travelling On Islamabad Highway

Your 10 Step Guide to Earn Money as a Freelance Blogger