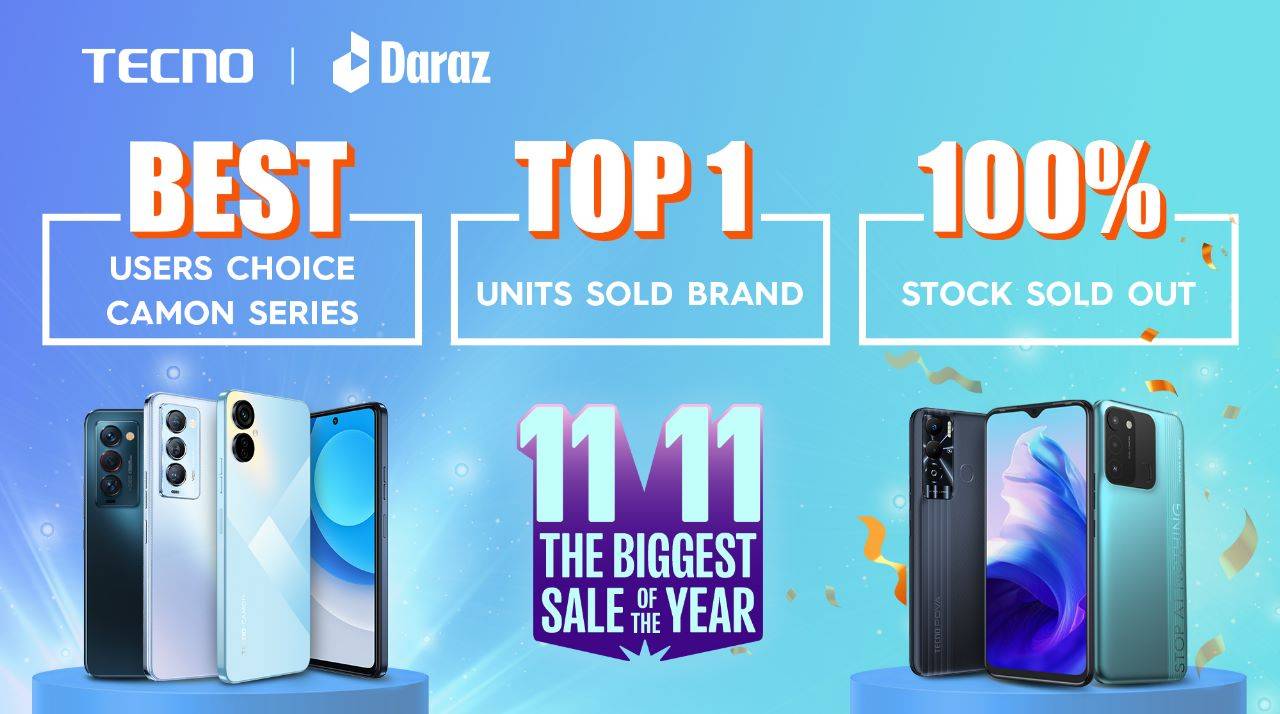 TECNO ranks amongst the best-selling brands at Daraz 11:11 sale!

Daraz offers millions of rupees in discounts in its flagship sale of the year, called the Daraz 11:11 sale, which sees unprecedented sales and revenue generation for most brands involved in it. Every brand is in a race to win bag the most sales and generate the largest profit; hence, there are deals on deals everywhere during the promotional campaign. These deals and discounts are usually too good to be true, but they are a trademark of the Daraz 11:11 sale. 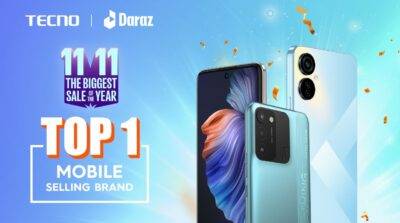 The Daraz sale concluded this year with a lot of success for most of the brands involved. TECNO, however, stood apart from its competitors as it ranked #1 in selling the most mobile units sold during the 11:11 sale! TECNO sold almost 70% of its stock on the first day, showing how TECNO Mobile was ranked #2 in revenue generation during the campaign.

TECNO Mobiles always worked tirelessly to provide quality products to their customers, especially in the budget segment of PKR 30,000. Safe to say, with soaring sales and remarkable sales numbers, TECNO ruled this category as well. TECNO selling phones during the whole 11:11 Promotional sale were the Spark 8C, known for being a beast of a phone in processing power and the POVA Neo, which was made exclusively for the gaming community and provides them with long-lasting battery power.

Zong 4G redefines digitalization with its latest TVC that unveils its new tagline: Let’s Get Digital

Zong has taken the industry by storm with its recently launched TV Commercial starring some of the most prolific Social Media influencers who unveil the ... Read More