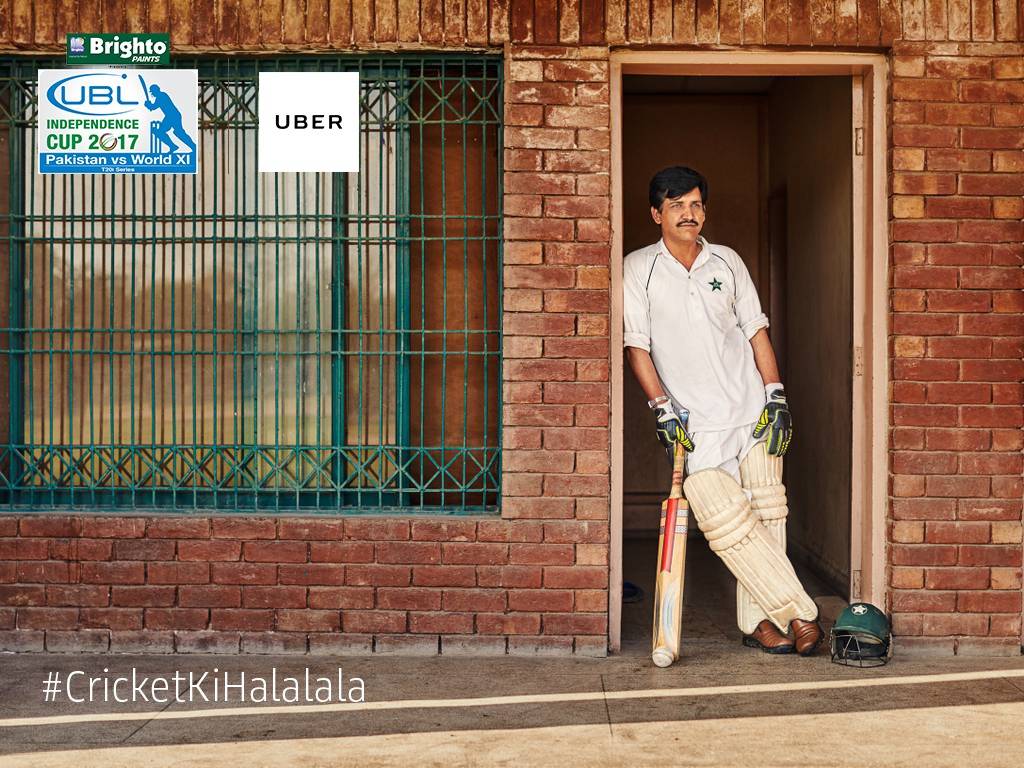 With the cricket fever returning to the home ground, Uber is all set to provide the citizens of Lahore a hassle-free way to reach the venue. To further show its support to the national cricket team, Uber will be providing cricket fanatics a flat rate of 111 PKR on their rides ending at the stadium. The rate is only subject to drop offs and will remain uniform throughout the three-day extravaganza.  Uber has also designated pickup and drop-off zones to ensure convenience to its riders.

“We are extremely excited to support the Champions Trophy winning Pakistani cricket team take on the best of the world at Gaddafi Stadium, Lahore. The love for cricket in Pakistan is unprecedented and we truly believe that the star-studded World XI coming to Pakistan will open doors to other international teams also reviving the culture of international series in Pakistan. At Uber Pakistan, we believe in making the experience as seamless as possible and want to help fans to see their favorite stars live in action. We are proud to join hands with Pakistan Cricket Board to become the Official Transport Partner of the Independence Cup 2017.”

Uber will also offer a chance to its riders and drivers to be the “Fan of the Match” and win a signed ball from the “Man of the Match”. To win, all riders need to do is take the most trips this weekend using the promo code UBERCRICKETPK. There will be three lucky winners, one rider, and two driver-partners at each match, who will be invited to the stage for the Presentation Ceremony. New and current drivers will also have the chance to win one of 150 tickets to watch the live match. Uber helps millions of Pakistanis every day to move around their city, offering access to affordable, reliable and most importantly safe rides in over 400 cities worldwide at the simple push of a button

Q1.  As we all are aware that every year, June 5 is celebrated as World Environment Day. As Chief Investment Officer Karandaaz Pakistan, anything you ... Read More