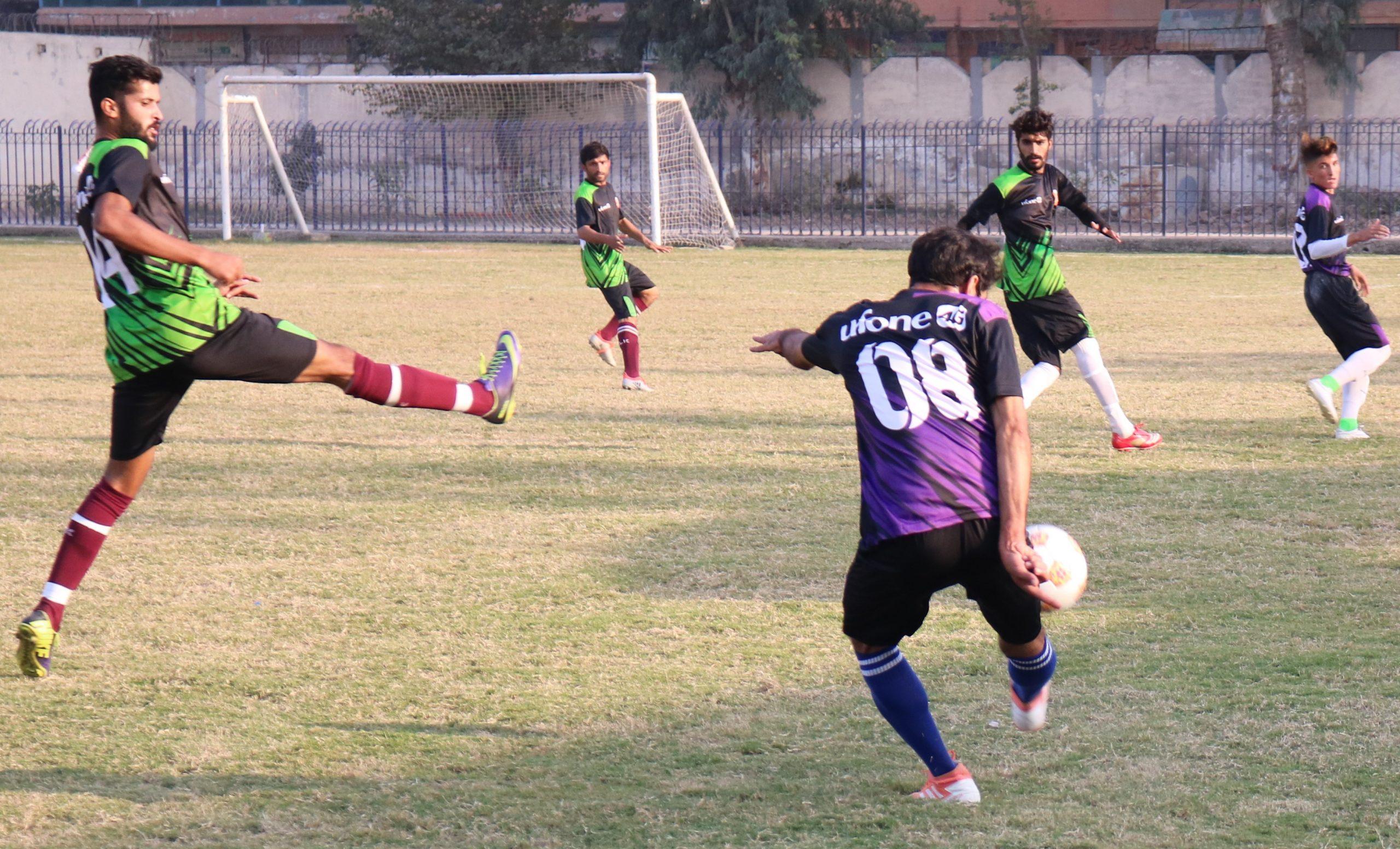 The Balochistan leg of Ufone Football Cup Tournament’s Eliminator round is drawing to conclusion as Super 8 slots quickly fill up. Meanwhile, the KP Edition that started a week later is quickly catching up as well.

On Monday, DFA Qilla Abdullah played an Eliminators round match against DFA Pishin at Taj Lala Ground, Pishin. DFA Pishin’s player Noorullah scored a goal in the 15th minute of the match to put his team in command of the game. Pishin’s domination was further solidified by Ikram who scored in the 22nd minute. DFA Pishin won the match 2-0 to proceed further in the tournament.

The second match was played between DFA Kharan and DFA Noshki. The teams were unrelenting in their pursuit of dominance over the opposition but remained without any success during the entire allocated time. DFA Noshki prevailed in penalty strokes and took the match away 3-1 to win this crucial match.

Meanwhile, the KP leg of the tournament is also witnessing fierce competition for glory amongst the regional teams. On Monday, DFA Malakand faced DFA Swabi at Yunus Stadium Mardan. Both teams launched fierce attacks on opposition but failed to stir the scoreboard. Declaring the match a draw, the match points were distributed between the teams; on the basis of which DFA Malakand was able to proceed further in the tournament.

In the second match, DFA Mardan played against DFA Buner at its home ground, Yunus Stadium Mardan. DFA Mardan put up a great show to outclass the opposition. DFA Mardan’s player Asim scored two back to back goals in the 12th and 19th minutes to put its team in a commanding position. Usman then sealed DFA Buner’s fate by scoring the 3rd goal for its team in the 46th minute and Mardan grabbed a slot in the final round by 3-0.

Peshawar’s Tehmas Khan Stadium opened to a sensational match between DFA Nowshera and DFA Charsadda on Tuesday. The teams engaged in fierce competition from the very beginning. DFA Charsadda player, Haider sent the crowd into frenzy by scoring a beautiful goal in the 33rd minute of the match, which couldn’t be equalized by the opposition and Charsadda went ahead to the next round.

The winning teams of the Eliminator round will proceed to the Super 8 and then onto Semi Finals and finals. The two editions of the Ufone Cup will converge on a Super final played in Peshawar on Dec 03. All Super 8, Semi Finals and Finals will be live broadcast from PTV Sports. Through the grand sporting event, Pakistan Telecom Company, Ufone aims to help hunt promising footballing talent, apart from supplementing efforts to nurture a physically and mentally sound younger generation in the country.

Throughout the year 2015, Huawei has established itself as a strong contender in the smart phones arena. With the launches of smart phones such as ... Read More