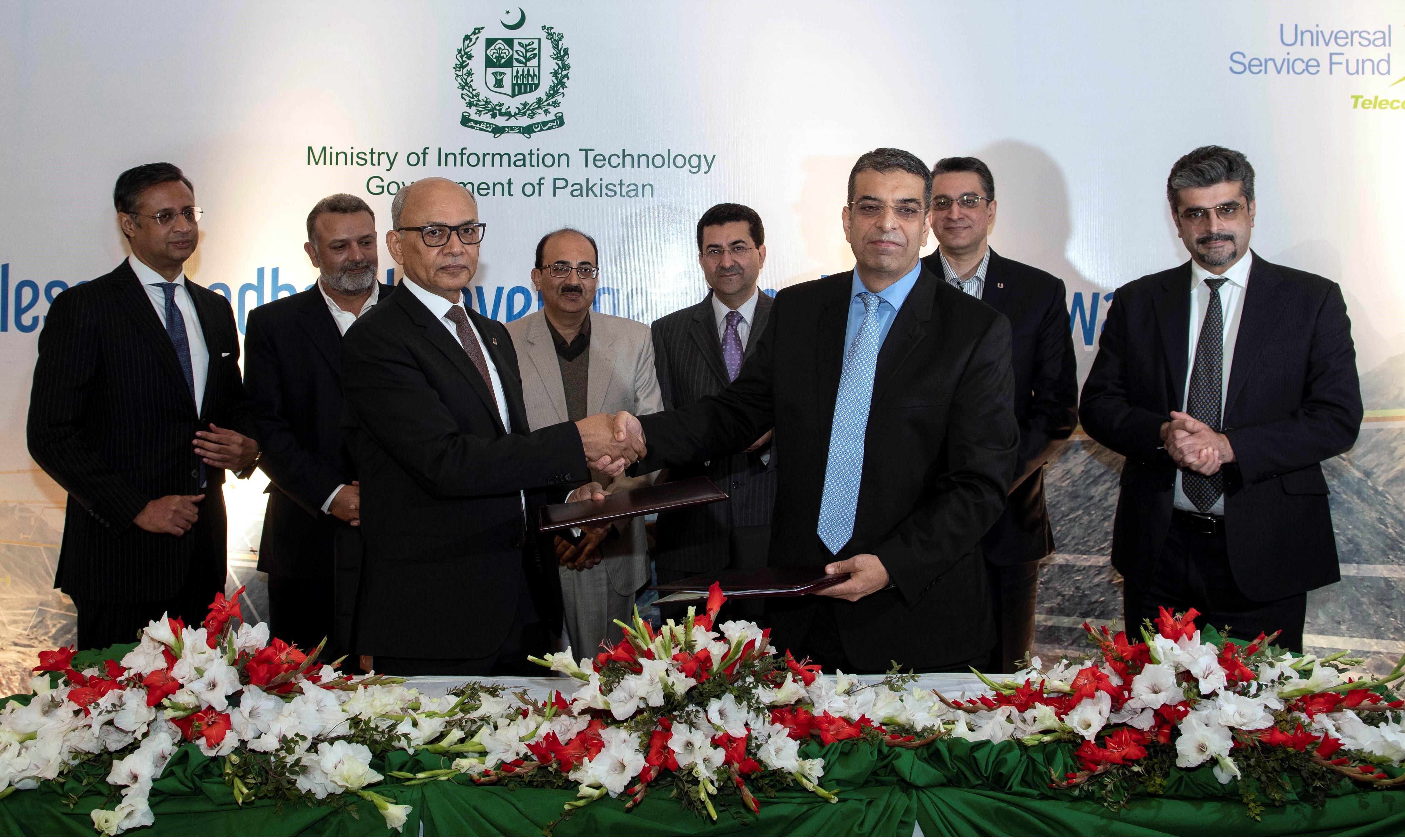 In this connection, contract of the project was signed by USF with Ufone. Chief Executive Officer, Universal Service Fund, Rizwan Mustafa Mir signed the contract with CEO-Ufone, Rashid Khan.

In order to execute this project, 58 BTS towers will be installed in a contracted time frame of 18 months. To take this further, all major motorways and highways will be facilitated through seamless connectivity in future.

Chief Guest of the ceremony, Muhammad Naveed, Chairman PTA while addressing the ceremony stated that that with constant dedication and devotion, we have achieved yet another milestone. He further said that the event marked one of the greatest landmarks achieved in the field of Telecom in Pakistan and would go a long way in taking the developmental work being done by the Ministry to a greater level. He also added that with such projects, Ministry for IT through USF would continue to work towards achieving the mission of broadband penetration across the country to facilitate the masses in rural areas. He said that in addition to Broadband Infrastructure, he expected USF to launch new e-services and m-services to facilitate digital lifestyle adoption for the people of Pakistan.

CEO-USF, Rizwan Mustafa Mir also gave an introduction of the project and informed the audience that this is the first project under the next Next Generation-Broadband for Sustainable Development programme with focus on broadband coverage to allow for seamless operation of modern APPS.  Furthermore, this will be the first network in Pakistan where the winning bidder will be required to enable national subscriber roaming for other consumers to benefit from the service.

Speaking at the occasion, Rashid Khan, President and CEO Ufone said, “Universal Service Fund (USF) was established to promote the development of telecommunication services in un-served and under-served areas throughout the length and breadth of the country. At Ufone we resonate the same goal of providing telecommunication services to every Pakistani. The project has a special significance, as an important highway in Balochistan will be connected through broadband services under this initiative.”

It is noteworthy to mention here that under this project, seamless voice and broadband services will be provided to the coastal highway of 694 kms and for the first time in Pakistan national roaming is also being made available.

Senior officials of Ministry of IT, Ufone, USF and representatives of IT and Telecom companies were also present at the event.

Ufone launches most aggressive offer for IDD calls to Afghanistan

Ufone launches most aggressive offer for IDD calls to Afghanistan Islamabad, January 08, 2018: Ufone remains true to its promise of It’s all about U, ... Read More

Pakistan's only 3G & 4G telecom operator Zong and Facebook have come together to connect more people to internet with the launch of Free Basics ... Read More