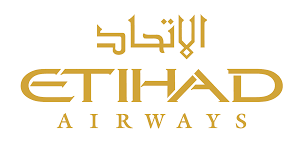 The new route is being introduced to capitalise on the strong and growing demand for flights between the United Arab Emirates and Azerbaijan. The service will be operated three times a week using a 136-seat Airbus A320, configured with 16 seats in Business Class and 120 in Economy.

Azerbaijan introduced a visa waiver programme for UAE nationals in November 2015 and expanded it to other GCC nations in early 2016. This prompted a surge in travel from across the GCC to the emerging tourist destination located at the crossroads of Europe and Asia, which offers visitors access to vast areas of unspoiled nature and centuries-old culture. Baku, which sits on the Caspian Sea, is the country’s primary gateway and commercial centre.

“The newest destination on Etihad Airways’ global network also reflects our commitment to linking Abu Dhabi with emerging markets that seek direct flights and onward connections to other parts of the world.

“Based on the growth witnessed in recent months from the UAE and neighbouring Gulf countries to Azerbaijan, we are confident that the new route will boost traffic from the UAE, and in turn we look forward to welcoming Azerbaijanis on our flights to Abu Dhabi and beyond.”

During the first nine months of 2016, foreign tourists visiting Azerbaijan totalled 1.7 million. The number of visitors from the UAE and GCC increased 30 times on the same nine-month period in 2015, fuelled by the easing of visa restrictions.

Earlier this year, the UAE-Azerbaijan Joint Economic Committee said both countries were to focus on nine key areas for bilateral cooperation, including air transport, tourism, communications, environment, water, agriculture, renewable energy, modern technology and industry. Non-oil trade between the two countries reached over US$605 million in 2015, increasing by US$228 million during the first nine months of 2016.

Etihad Airways’ new flights, operating every Wednesday, Friday and Saturday, provide optimum timings for guests departing and arriving in Abu Dhabi and Baku. The schedule also provides convenient connections to and from the airline’s global network.

Note: All departures and arrivals are listed in local time. During a ceremony held recently, the Embassy of Nigeria in Pakistan entered into a Memorandum of Understanding (MOU) with ‘All Pakistan Business Forum’ (APBF), aimed ... Read More

The Marketing and Economics Club of Institute of Business Administration (IBA) organized a seminar on “Brand Protection & the Role of Regulatory Bodies” in collaboration ... Read More