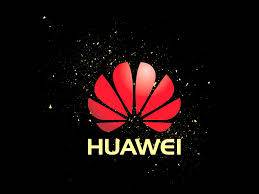 In HUAWEI’s consumer business, the HUAWEI and Honor brands ran full speed ahead, leading to rapid growth in their respective markets. HUAWEI shipped a total of 153 million smartphones (including Honor) in 2017, and reported CNY 237.2 billion (USD 36.4 billion) in annual revenue, up 31.9% year-on-year.

Creating synergy between the HUAWEI and Honor brands

In 2017, our dual HUAWEI and Honor brand strategy took the market by storm. Together, the two brands provide a full portfolio of flagship products. Focusing on innovative features and superior experience, the HUAWEI brand made many breakthroughs in the high-end market, served a wider audience, and worked hard to deliver the best possible end-to-end experience to consumers. Honor delivered stylish new tech, striving to become an online-only mobile brand that stakes a solid claim in the hearts of younger generations. We made the following achievements in 2017:

HUAWEI’s smart devices have also been well received in regional markets. 2017 highlights include:

Improving experience across the consumer journey

Our Consumer BG focused on improving user experience in 2017 as market share and brand awareness steadily increased. We centered our efforts on product innovation, mobile services, channel transformation, and customer service to continually enhance user experience and reinforce our foundations as a premium global brand.

In product innovation, we focus on the practical needs of consumers and common usage scenarios, using artificial intelligence (AI) to improve product performance and design intelligent phones that truly understand us. In October 2017, we launched the HUAWEI Mate 10 series, a true milestone in the industry. This device is the first major step in our evolution from smartphones to intelligent phones:

With superior mobile services, our user base continues to expand. As of Q4 2017, HUAWEI’s mobile service users surpassed 340 million, with over 30 million in markets outside of China. In retail and channel development, as of December 2017, HUAWEI had more than 45,000 retail stores around the world, a year-on-year increase of about 10%. We continue to focus on a simple, compelling, and inspired high-end experience, doubling down on quality over quantity. Specific developments include:

In customer service, we are constantly expanding service coverage to more regions and exploring new forms of service to provide users with a more convenient and personal experience.

Embracing the future with an open ecosystem

Smartphones are an important point of entry to the intelligent world of the future, and as such, they themselves will evolve from smart to intelligent. Going beyond a personal tool, smartphones will become a natural extension of the human body and provide consumers with AI-powered assistance. Through machine learning and data analytics, intelligent phones will play many roles in everyday life. They will serve as our housekeepers, personal trainers, nurses, drivers, secretaries, and teachers, ultimately providing consumers with more attentive and personal experiences.

In HUAWEI’s Consumer BG, intelligent products and ecosystem innovation are managed in accordance with this vision.

Smart homes will be a key component of an intelligent world. Our Consumer BG is advancing the deployment and operations of the HiLink smart home ecosystem with an eye on three stages of broader ecosystem development.

Through the HiLink smart home ecosystem, Huawei has been working closely with more than 80 brands, involving more than 50 product categories. The ecosystem has launched over 300 products together with partners in the smart home, home appliance, real estate, and content service domains.

HUAWEI’s Consumer BG believes that competitiveness begins and ends with consumers. With this in mind, in 2018 we will continue to innovate in core technologies – including AI, AR, and VR – to guide evolution from smart devices to intelligent devices. With end-to-end capabilities that optimize synergy between chips, devices, and the cloud, our ultimate goal is to provide an experience that our consumers have never seen before, and lead the transformation of the smart device industry.

Telenor Accelerate Digital Innovation Through Open-APIs by Partnering With Google And AbacusConsulting APIs have now become a key must-have strategy component for enterprises.According to a ... Read More

Telenor Research On 2017 Tech Trends: The Year Of AI And Social Fatigue

Telenor Research On 2017 Tech Trends: The Year Of AI And Social Fatigue 2017 could be the year thatArtificial Intelligence, the Internet of Thingsand chatbots ... Read More