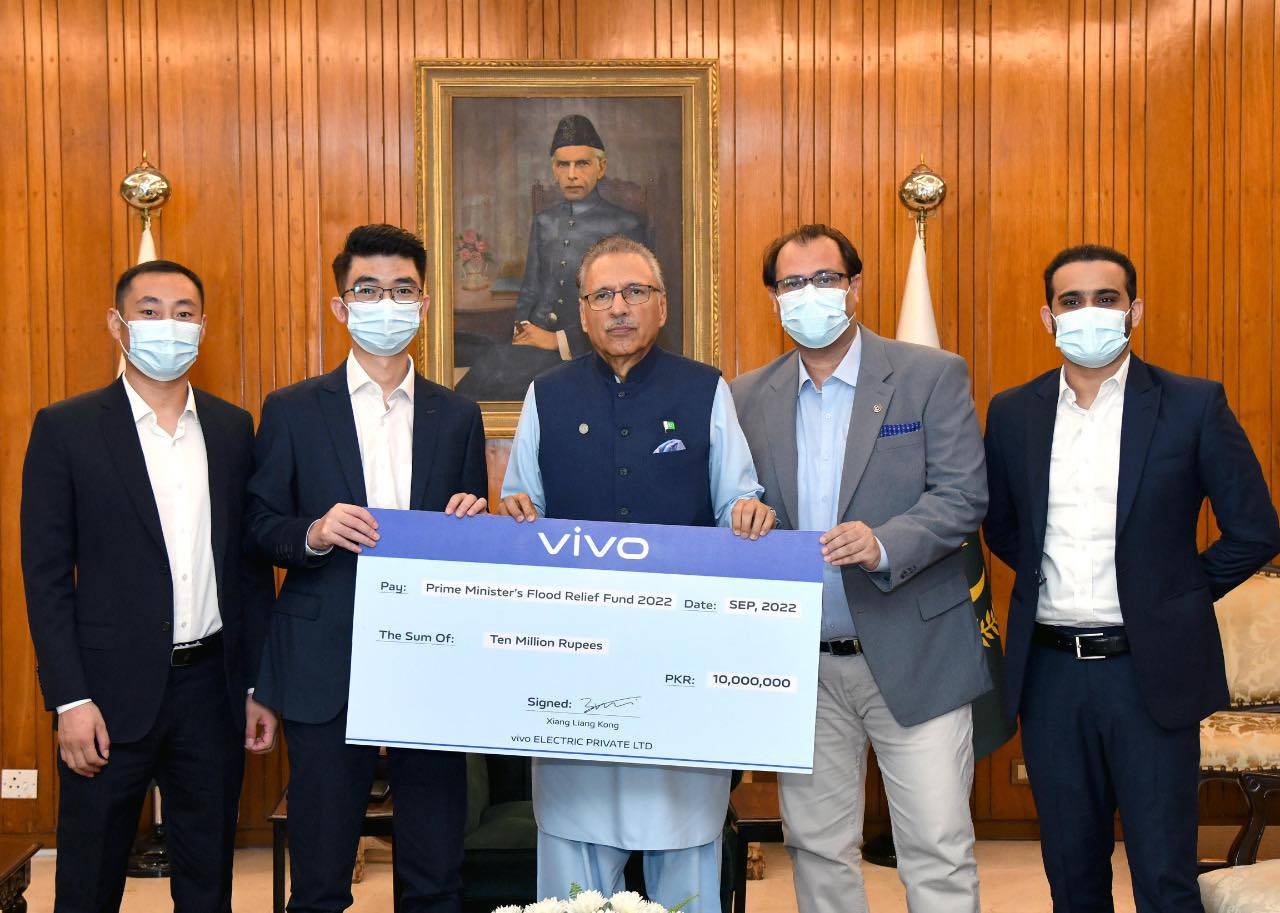 President of Pakistan appreciated vivo’s efforts toward Pakistan’s growth and establishing its assembling unit in Faisalabad.

This domestic setup of the production base has aligned with the ‘Made in Pakistan’ initiative. Made in Pakistan products of vivo, not only help the economy to grow more but also create employment for the local workforce and empower the global brands to start their local manufacturing in Pakistan.During the meeting, Mr. Liu Song and President Alvi also discussed the mobile industry’s current situation in the country.

As in good times, Flood Relief vivo stands by the nation during these hard times.Pakistan is experiencing the worst floods in decades — affecting millions of lives. More than 33 million people are affected by these disastrous floods where more than 13000 people have injured and more than 1300 people including children have lost their lives.

The flash flooding has not only caused harm to humans but more than 75000 animals have lost their lives in the last few months. Furthermore, these floods have damaged more than 1.7 million houses in the region — making millions of people homeless.

vivo follows GLOCAL strategy— meaning More Local More Global. The brand believes that only through local markets we can play an important role in the global market and each local market is very important for vivo.

During challenging times like these, vivo promises to stand by Pakistan and offers support to flood affectees.

On this occasion. Mr. Liu Songsaid “Being aware of the calamity, vivo realizes its social responsibility towards the community and we stand by the flood victims in these hard times byofferingour support to the vulnerable community. It is disheartening to see millions of people being the victims of these catastrophic floodsand this donation is our humble contribution to the flood affectees. We, as a nation, should stay strong as we can weather this storm together.”

At vivo, we care deeply for people and for the communities in which we operate, and we believe we have an essential role to play during times of crisis.

PTCL, in collaboration with WWF-Pakistan, will be part of a tree plantation ground-breaking ceremony, whereby seeds will be planted by local community members at Miani ... Read More