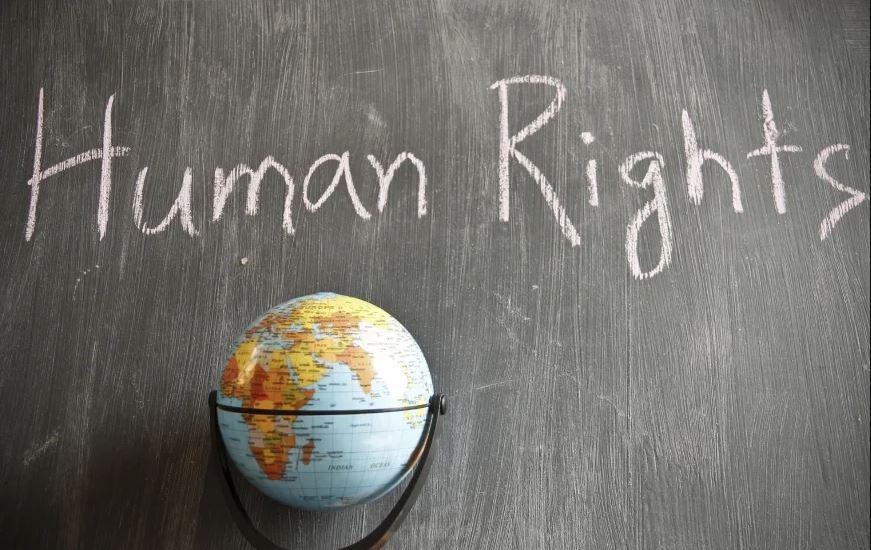 Every person is born with the right of dignity, value and respect. One of the ways in which we recognize the fundamental significance of every person is by recognizing and valuing the basic human rights they are born with. The right to expression is increasingly becoming essential for vulnerable groups in our society whose voices tend to get drowned in the crowd.

While all Pakistani citizens are given the right to expression, with this right comes responsibility. It is our responsibility as citizens of Pakistan to ensure we use this right with care and we make sure we are not depriving the vulnerable and weak of this right that they are born with and equally entitled to.

So, while we all go to great lengths to get our point across and our voice heard, we should make sure we are creating a safe and secure environment, free of judgment and retaliation, for marginalized groups to do the same.

If someone doesn’t feel comfortable and safe in expressing themselves, their opinions, views, beliefs, and concerns, especially if they differ from the majority, how will anyone know the difficulties they face on a daily basis? Consequently, how will their problems ever be resolved?

Freedom of expression and speech plays an important role in the creation of a tolerant and pluralistic society. Being a basic human right, the right to expression and speech should be accessible to all groups in society, especially marginalized and vulnerable groups. Freedom of expression can help highlight the plight and concerns of those who are vulnerable. Vices like domestic violence, workplace discrimination, forceful land grabbing, hate speech and other human rights violations can only be stopped if they are openly and freely reported and talked about. Without accurate reporting many human rights violations would not even be known about. Thus, it is essential for us, as citizens of Pakistan, to open the space for the marginalized to freely express. Express their thoughts, express their views and opinions and express their concerns and difficulties.

A great example to support this statement is the case of transgender persons in Pakistan. Until recently, transgender persons were not issued CNIC cards and their representation and inclusion in the economy was minimal. Once they were able to express the difficulties they face and their interest in contributing to society, their voices were heard! When they were given a platform, their issues were resolved. Now, transgender persons are issued CNIC cards and are employed in government institutions, and given increased representation on national and international platforms. In fact, in February 2020, Pakistan became the first country in the world to include a transgender member, Ms. Aisha Mughal, in its official delegation to the UN Convention on the Elimination of all Forms of Discrimination Against Women Committee in Geneva. So, as we can see, the government plays an important role in ensuring every citizen is entitled to his or her right and that these rights are not misused. When the voices of vulnerable and minority groups are raised, revolutionary steps are taken to find the best possible solution to their problems.

The 1099 helpline and mobile application launched by the government of Pakistan, for example, is a great tool for people to easily and without fear. In 2020, the media reported 1409 cases of domestic violence and 1618 cases of child abuse. With an accessible helpline and app, which is connected with individual CNIC, the marginalized and vulnerable are given space to easily and safely report threats, misconduct, and violations of their rights. Additionally, there are digital campaigns that are raising awareness of the rights that citizens have, such as Mashal-e-Haq that has been raising awareness regarding the rights that the Pakistani Constitution as well as international law grants every individual, especially the marginalized and vulnerable.

Such national and private awareness-driven actions and campaigns create room for safe discussions among the masses. Without this space and freedom to express their concerns, the voiceless will be completely silenced. It is up to us, the average Pakistani citizen to amplify their voice and to create a space of tolerance and acceptance, where the marginalized don’t feel threatened to voice their concerns, views, and opinions.

“The incidents of bird strikes have been consistently increasing at airports across the country. In last seven months, more than 34 planes of PIA were ... Read More

Islamabad 22nd Jan 2020: A media briefing session was organized by Ignite to showcase the achievements of its flagship program DigiSkills; an online portal to ... Read More

Everything you need to know about DigiSkills.Pk

In the era of the digital revolution, our jobs are changing. Therefore, we must continuously improve our skill-set to stay fresh in the market and ... Read More