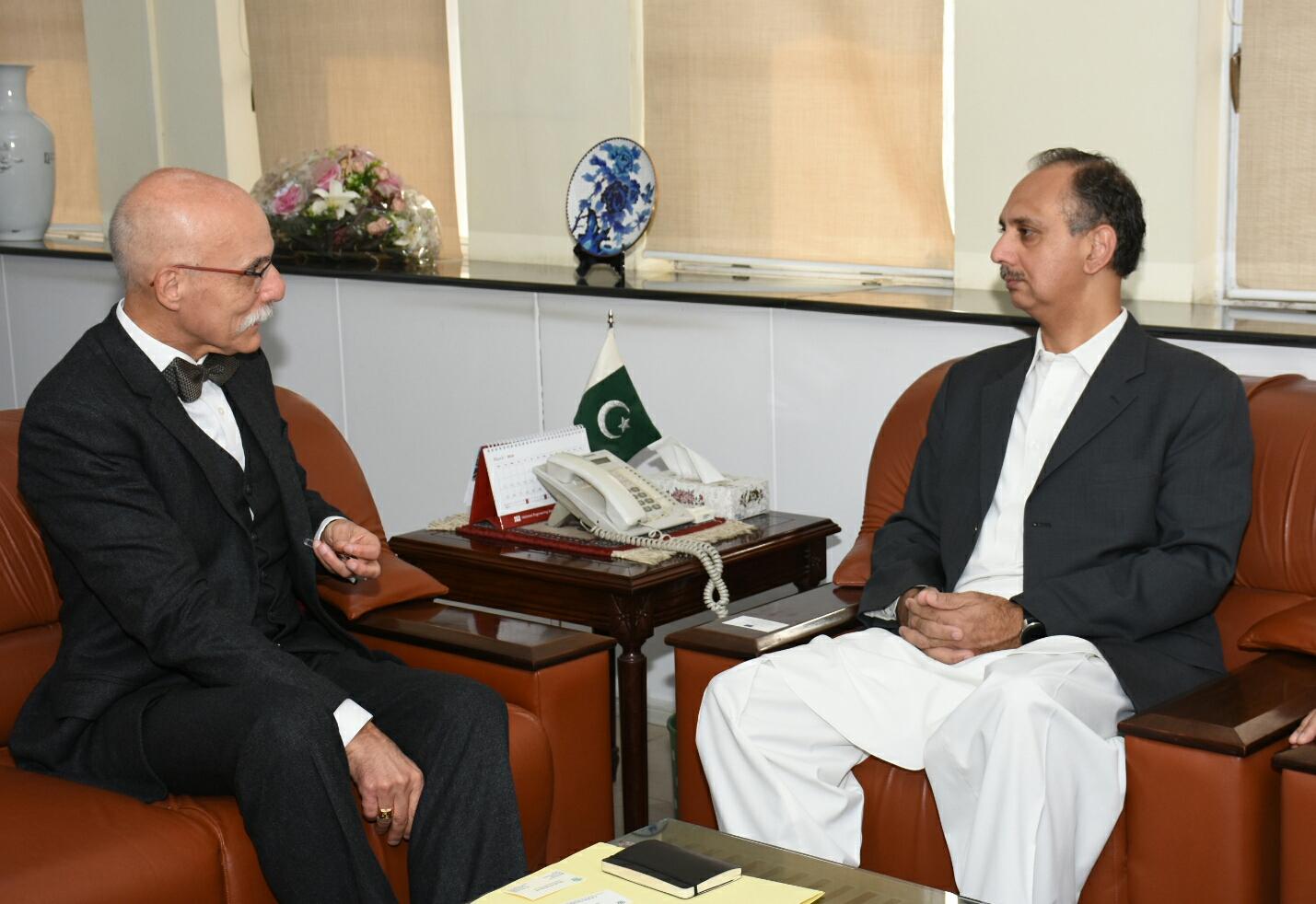 Pakistan’s new renewable energy policy to help reduce carbon footprints drastically by increasing its share to 30% from existing 4% by year 2030 and together with hydel resources the clean and green resources share for electricity generation will cross 60%. 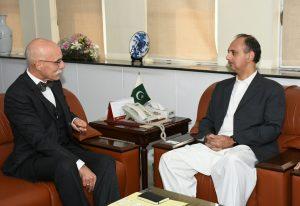 The Minister informed the EU Ambassador regarding the new renewable energy policy. He apprised that government has planned increasing share of renewable energy to 30% till year 2030. The share of hydel component in energy mix is also near 30% that will mean that by year 2030, more than 60% of country’s electricity will be from clean and green resources. Pakistan is going to drastically reduce the carbon foot prints with these measures, he added. He further apprised that in April this year, seminar on energy conservation is being planned, thus on one side the government is promoting clean and green energy while on other the energy conservation which will help to further reduce the carbon emissions.

Pakistan per capita energy consumption pattern is indicating high demand in the near future offering huge investment opportunities in power generation, transmission and distribution with competitive return on investment.

Mr. Omar Ayub Khan said that Pakistan’s per capita energy consumption is around 500 KW almost 700 KW less than the region, while 2400 KW less than China and more than 7000KW less than developed countries. He added that this shows that the demand will grow exponentially not only of the existing consumers due to better economic growth but also due to the  economy’s take off. This offers best opportunities to the investors to gain maximum return, he said.

Mr. Nadeem Babar informed the Ambassador regarding the four pillars of energy policy of the present government that includes availability, affordability, sustainability and responsibility.

SINOTRUK continues its roll-out of NEXT GENERATION TRUCKS

SINOTRUK one of the leading Chinese state-owned heavy-duty truck company unveiled its new models of green energy and next generation trucks with enhancement to well-established ... Read More