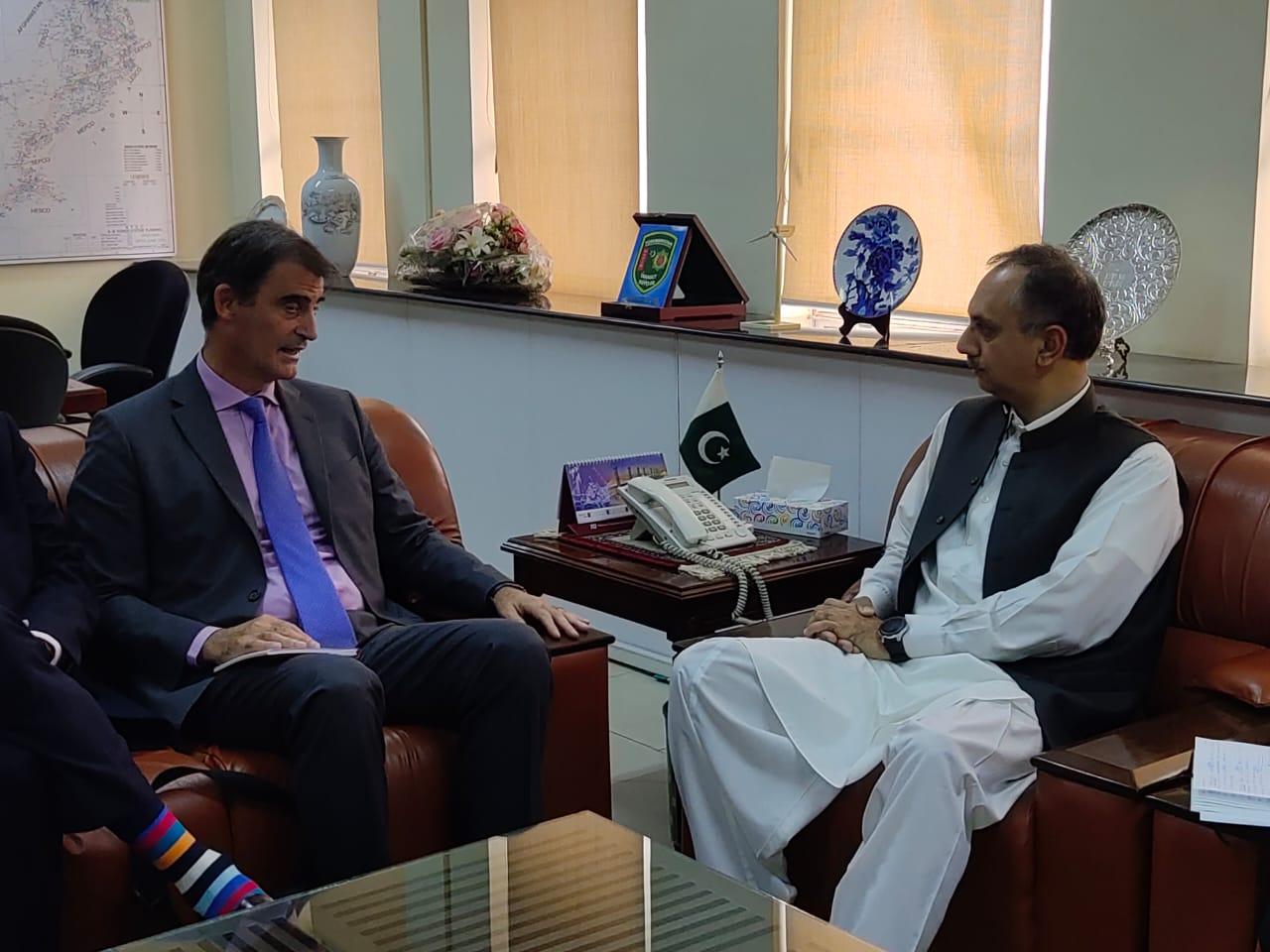 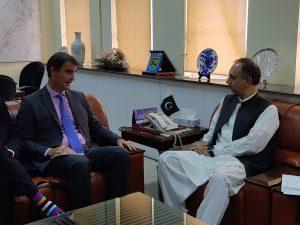 Mr.  Omar Ayub Khan also appraised the delegation on the technical and system improvement measures undertaken by the Power Division in the Power Sector. He said that in areas where hooks and power theft from lines was rampant, the Ariel Bundled Cables are being installed by the DISCOs while in areas where there problem is more sophisticated like the major urban areas the AMI meters are in execution. He further informed the delegation that 80% of the total feeders in the country are now load management free.  He said that we are now investing the distribution system both to improve its technical viability and also increase its human resources to make these entities perform efficiently. He also informed the delegation about the new Renewable Energy Policy whereby the Government is targeting to increase share of indigenous resources and cutting down the prices of the electricity for the consumers besides reducing dependency on imported fuels. We intend to increase the share of indigenous resources upto 75%, he added.

Mr. Jihad Azour appreciated the efforts by the Power Division in meeting its targets.  He also appreciated the efforts of Power Division in formulating the new Renewable Energy Policy. He said that Power is an integral part of the IMF programm. He said that Power Sector performance in their views is encouraging as they had a detailed discussion with various stakeholders. He also appreciated the shift toward utilization of indigenous resources leading towards reducing the prices of electricity in the country that will ultimately benefit all walks of life.

Spokesperson of Power Division while clarifying the content of letter by APTMA regarding Textile Sector, in a statement said that the Federal Government, vide S.R.O. ... Read More