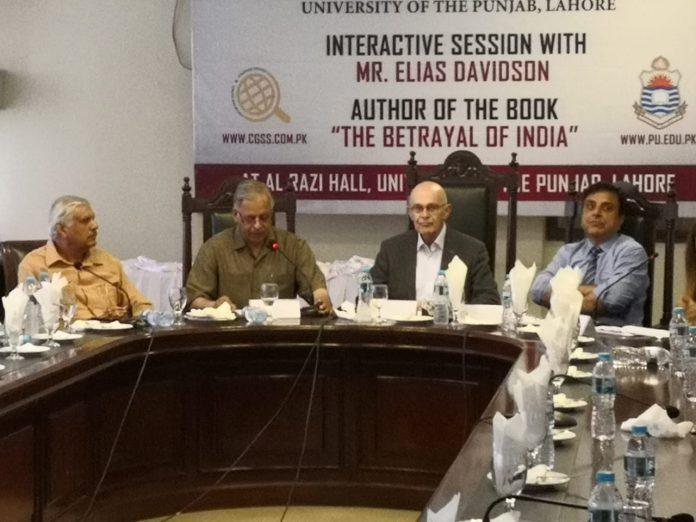 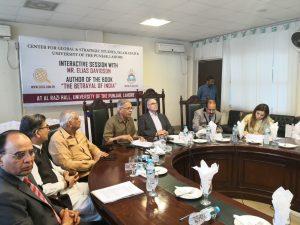 The session commenced with the opening remarks by Prof. Dr. Taki Zahid But, Dean, Engineering and Technology Department, University of the Punjab Lahore, University of the Punjab, Lahore. He explained the timeline of this false flag operation by the Indian Force including attack at the Cama hospital, Taj Hotel and shooting at the metro junction. He stated that Mr. Davidsson has very rightly explained with technical evidence and through the ratio and statistics about these false flag operations in his book. 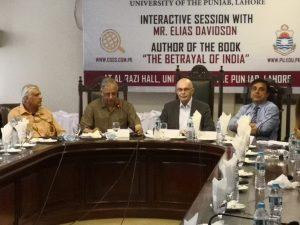 Brigadier Mansoor Saeed, (Retd) – Senior Member Advisory Board CGSS stated that a false flag is a covert operation designed to deceive; the deception creates the appearance of a particular party, group, or nation being responsible for some activity, disguising the actual source of responsibility. He explained in detail the history of false flag operations. He also explained the Indian false flag operations and propaganda against Pakistan including the Ganga airplane hijacking, samjhota express blast, Mumbai attacks, Pathankot Air base, Uri attack and Pulwama attack. 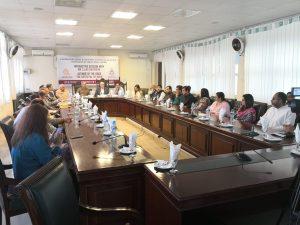 Mr. Elias Davidsson, Author of the Book, The Betrayal of India explained the facts and real motives behind the Mumbai false flag operations. He exposed the truth behind these attacks which were for significant increase in the military budget, shift towards public policy, boom of the security industry, galvanizing the middle class and building up the big brother society. He stated that the phone calls between the Gunmen and the handlers were not made in Urdu but in Hindi and the communications sounded very unnatural for a live conversation and the phone calls do not provide evidence that the gunmen were Pakistani.  He stated that my quest was for the truth. India has made malicious allegations against Pakistan which are untrue and false. Concluding his speech, he stated that India does not want the Mumbai trial to conclude, as it is a good talking point for India at various International forums to isolate Pakistan. 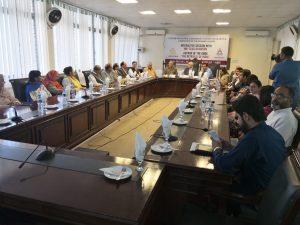 The session was followed by an interactive question and answer session and approximately 80 people including experts of foreign policy and representatives of public and private sector attended the Session.