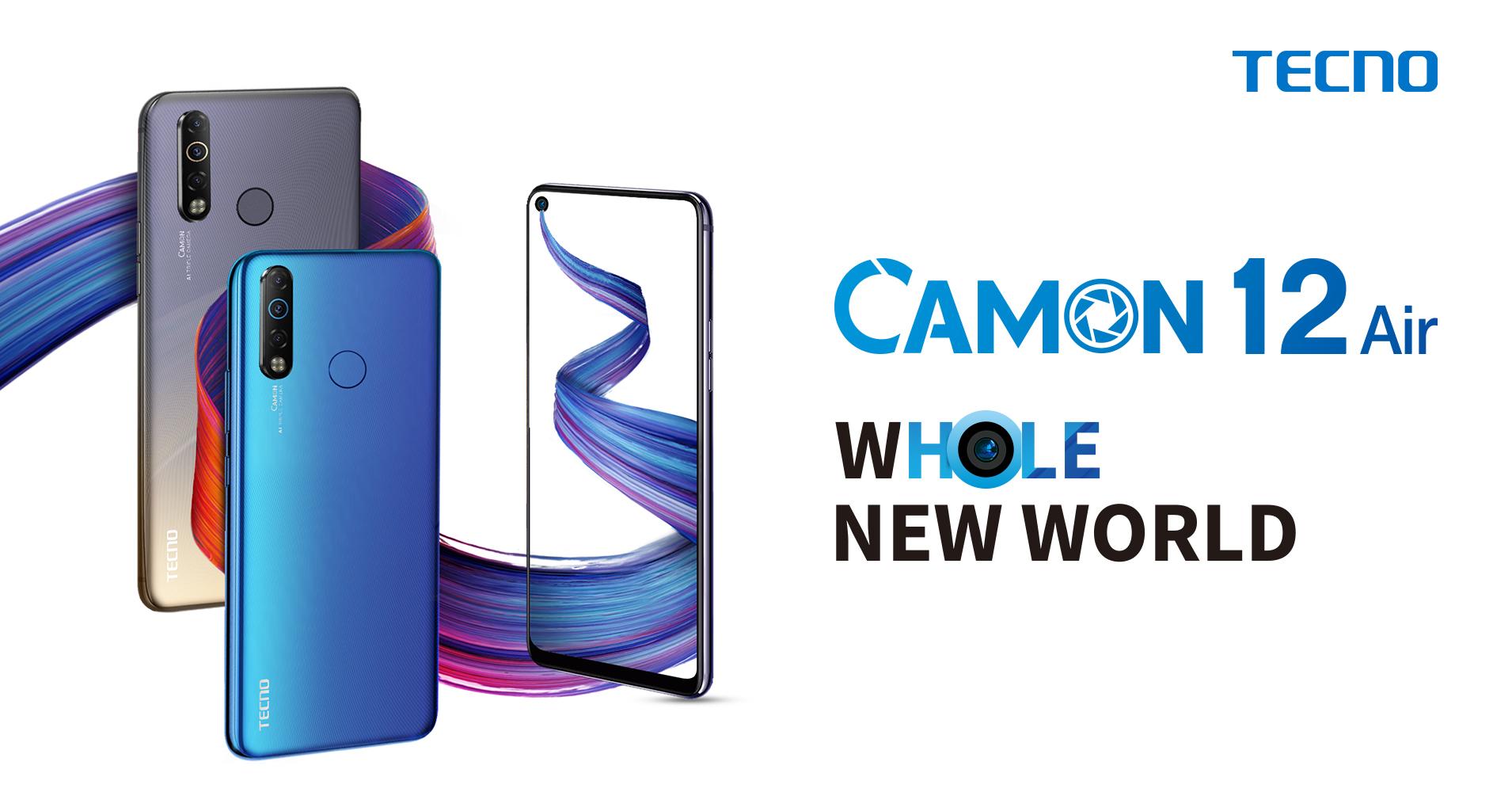 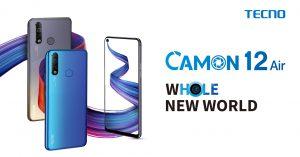 So, the selfie camera of Camon 12 Air is the same in size as that of an opening, a hole punch makes in the sheet of paper. This ends the need of a top bezel in the phone. This gives users a lot of extra screen to work on. 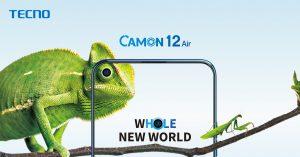 The phone will officially launch in Pakistan in the last week of October as per speculations. Here are some other rumors regarding specs of the phone:

The phone has an LCD measuring 6.55-inches according to sources. Looking at leaked images shared on social media sites, it can be assumed that the phone will have premium looks. Overall, the company has done a neat job of integrating this latest design feature in LCD panel which is a bit tricky as compared to doing the same on OLED panel. 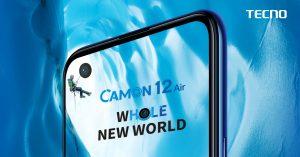 The phone features a powerful 4,000 mAh battery which helps you stay stress free when it comes to charging issues. The users can easily go two days without having to charge their phone with this battery. 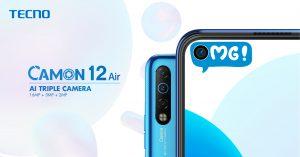 The phone is estimated to come with the price range of 20,000 PKR to 25,000 PKR. The upcoming phone is being termed as best budget phone for photography lovers and the fashion conscious consumers. The phone will be available both online and offline soon after its launch.

TECNO is gearing up to bring its upcoming mid-range phone, Camon 12 Air in October. Camon 12 Air is one of the first budget smartphone ... Read More