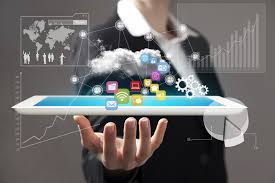 Prime Minister appreciated the long association of VEON with Pakistan having US$ 9 billion investment and serving 60 million subscribers with multitude of services.

Prime Minister Imran Khan highlighted that Pakistan has great investment potential in communication and energy sector. Government is focused on providing ease-of-doing-business with liberal investment policy which has been acknowledged by international financial institutions. The Prime Minister stated that his government has launched “Digital Pakistan” initiative with the aim to provide a platform to the Pakistani youth become independent and drivers of economic growth.

The Prime Minister stated that under the Digital Policy the government has aimed to increase the size of Pakistani ICT industry to US $ 20 billion in next few years. He emphasized that a digital ecosystem with infrastructure and institutional frameworks for rapid delivery of innovative digital services, applications and content is being provided to the IT proficient youth.

Prime Minister Khan highlighted the key role of Telecom sector in the economic growth of the country being one of the highest tax paying sector and major foreign investment.

Mr. Sergi Herrero thanked the Prime Minister and the government for providing competitive and transparent working environment for the telecom companies. He informed that Jazz Pakistan has launched “Internet for all” campaign that includes affordable mobile phones with internet connectivity for social media, Jazz Cash and the Prime Minister’s Citizens Portal. The provision of this service will help enable citizens to undertake economic activity at small & medium scale and will promote good governance. Mr. Sergi also appreciated the steps taken by the government to curb dissemination of ‘Fake News” and stated that fake news by creating uncertainty and fear are detrimental to investments.

8th April, 2021: OPPO Service Day will take place as per schedule at authorized service centers to provide multiple repair services to its users on ... Read More

Islamabad, August 11, 2021: Grand scale preparations are afoot at PTCL and Ufone for celebrating the 75th Independence Day of Pakistan with national zeal and ... Read More