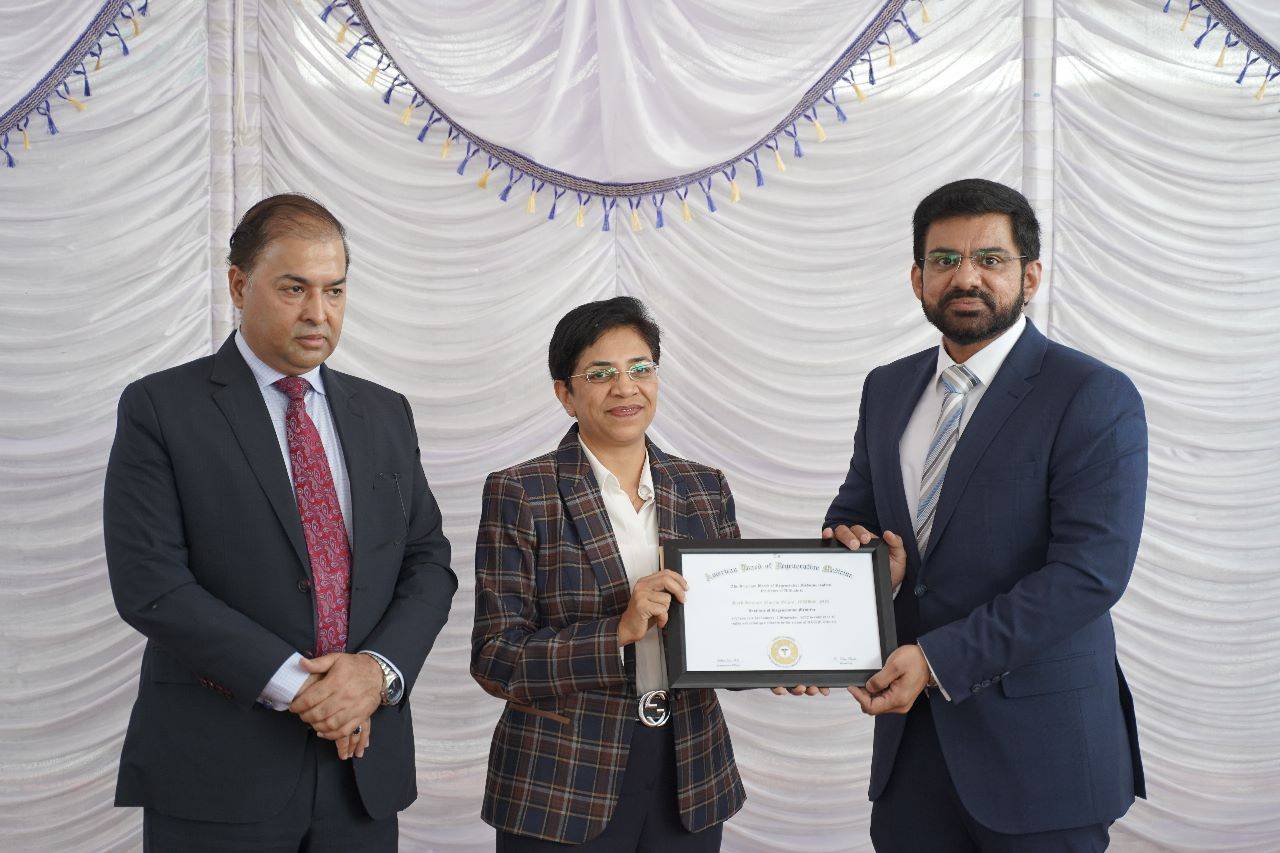 The US Department of Health appointed the Institute of Regenerative Medicine (IRM), a Pakistani private institution, as its official representative in Pakistan to train Pakistani doctors in the field of stem cell treatment.

The IRM has now become the only authorized institution to train Pakistani doctors in stem cell treatment and issue certificates from the US Department of Health.

At a signing ceremony, held in Islamabad, Director of the US Department of Health, Dr Rozeena Munir, issued a formal license to IRM chief executive Dr Salman Naeem Gilani.

She said the treatment of many life-threatening diseases would be possible through non-traditional treatment of stem cells. Many Pakistanis who travel. Abroad for medical treatment shall have all the facilities and treatments available right at their door step. It would also boost medical tourism in the country.

The Pakistani doctors who are seeking specialization in the stem cell treatment would now be trained by the IRM. In Pakistan. At the end of the successful training. The American Department of Health would issue them a certificate on the recommendation of the IRM.

Dr Salman Gilani hoped that after this program, Pakistan will be able to compete with other countries like India and Turkey in this field and would soon become a hub of medical tourism.

IRM’s Turkish partner, Dr. Murad Artak. Shed light on the benefits of stem cells and the innovations and financial benefits of this field across. The world including Pakistan.

Ufone Sheds Light On Yet Another Accomplished Pakistani

Ufone Sheds Light On Yet Another Accomplished Pakistani Lahore:Ufone, one of Pakistan’s leading Telecom operators, has always considered the customer at the center of their ... Read More